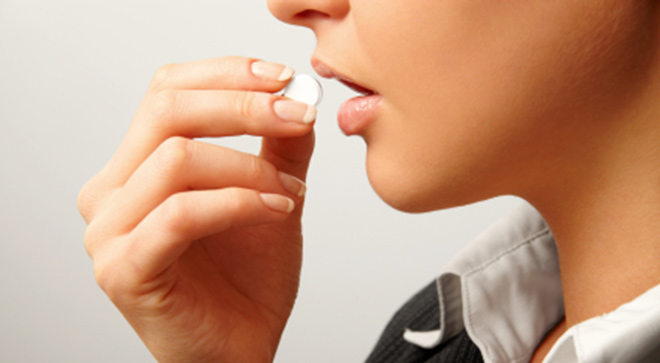 The Food and Drug Administration (FDA) approved Rubraca (rucaparib) as a maintenance therapy for women with recurrent epithelial ovarian, fallopian tube or primary peritoneal cancer who are in complete or partial response to platinum-based chemotherapy, according to Clovis Oncology, the company that manufactures the drug.

The approval of the PARP inhibitor is based on findings from the phase 3 ARIEL3 trial, which showed that maintenance Rubraca improved progression-free survival (PFS) by more than 10 months compared to placebo for patients with BRCA-mutant, platinum-sensitive ovarian cancer.

“FORCE is happy to see additional treatment options for women with ovarian cancer. FORCE participated in the recruitment efforts for ARIEL3 and is excited about the positive results. We are particularly happy to see PARP inhibitors being increasingly offered in the maintenance setting where they have the potential to help even more women survive longer with fewer side effects,” said Sue Friedman, DVM, Executive Director, Facing Our Risk of Cancer Empowered (FORCE), in an interview with CURE.

For patients with germline or somatic BRCA mutations, there was a 77 percent reduction in the risk of progression or death with Rubraca compared to placebo. Moreover, the median PFS with Rubraca was 16.6 months compared with 5.4 months for placebo. Similar PFS benefits were observed in patients with BRCA wild-type tumors and those with homologous recombination deficiency (HRD) or low to high loss of heterozygosity (LOH).

In ARIEL3, patients were randomized in a 2:1 ratio to Rubraca or placebo treatment. Those who were given Rubraca received 600 mg of it orally twice a day. All trial participants had at least two prior lines of platinum-based therapy, as well as platinum-sensitive cancer, meaning progression was seen six or more months after their last platinum-based chemotherapy regimen.

Participants included: 196 with BRCA-positive disease; 354 who were HRD-positive, which could include BRCA-mutant or BRCA-wildtype with high LOH; and 564 all-comers in the intent-to-treat population.

In the BRCA-mutant group, by blinded independent central review (BICR), which was a secondary endpoint, the median PFS with Rubraca was 26.8 months compared with 5.4 months for placebo. The overall response rate (ORR) was 38 percent for Rubraca versus 9 percent with placebo. Seven patients on the PARP inhibitor had a complete response (CR), compared to none on placebo.

An exploratory analysis looked at outcomes specifically in 158 patients with BRCA wild-type tumors with LOH high and 161 with low status. In the LOH high group, the median PFS was 9.7 months with Rubraca versus 5.4 months with placebo. In the LOH low group, the medians were 6.7 and 5.4 months for Rubraca and placebo, respectively. By BICR, for Rubraca and placebo, respectively, the medians were 11.1 versus 5.6 months for the LOH high group and 8.2 versus 5.3 months for the LOH low group.

These adverse events led to treatment discontinuation for 13.4 percent of patients in the Rubraca arm versus 1.6 percent for placebo. Three patients developed treatment-emergent myelodysplastic syndrome/acute myeloid leukemia with Rubraca versus none for placebo.

Rubraca was initially granted approval in December 2016, to be used as a single-agent therapy for patients with ovarian cancer with a deleterious BRCA mutation after they already had treatment with at least two chemotherapies.

“After today’s FDA approval, Rubraca joins Lymparza (olaparib) and Zejula (niraparib) as possible maintenance treatment options for recurrent platinum sensitive ovarian cancer. This is important as Rubraca has a somewhat different side effect profile and increases the number of drugs available for treatment in this chronic disease,” Rick Boulay, M.D., chief of gynecologic oncology at Lehigh Valley Health Network, said in an interview with CURE.

To read this entire article by CURE in The Clearity Portal, please click here.