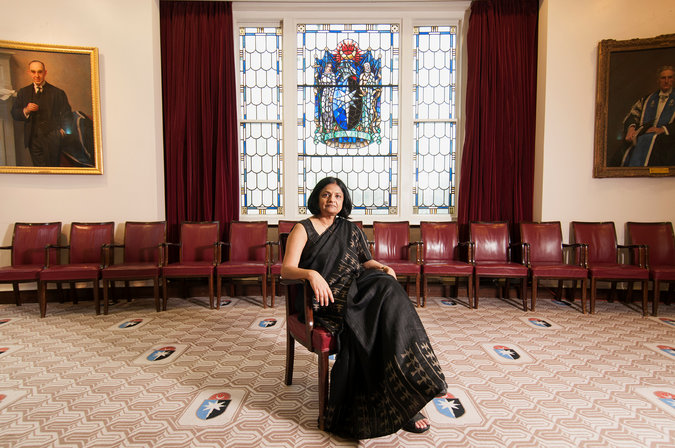 A new version of a screening test for ovarian cancer may reduce deaths from the disease, but it needs more study to determine whether the benefits hold up, researchers reported on Thursday.

The findings come from a 14-year study of more than 200,000 women in Britain, published in The Lancet.

“We need to follow up to confirm that this is absolutely significant throughout,” said Dr. Usha Menon, an author of the Lancet article and head of the gynecological cancer center at University College London. She said, “This is almost there, but not yet.”

Her reason for caution was that the study passed only two of three tests of statistical significance, which means that the apparent benefits of screening might have been due to chance. She said a few more years of monitoring the participants would resolve that question.

The study results have been long awaited because ovarian cancer has a poor prognosis. The disease has no symptoms in its early stages and can progress rapidly, so most cases are advanced by the time they are found. Only about 45 percent of ovarian cancer patients are still alive five years after a diagnosis.

This year, 21,290 new cases and 14,180 deaths from ovarian cancer are expected in the United States, according to the American Cancer Society.

Past efforts to find a screening method have focused on two tests: ultrasound examinations of the ovaries, and a blood test to measure CA125, a “tumor marker” sometimes linked to early-stage disease. But in previous studies, those tests did not work: They did not lower the death rate and they produced too many false-positive results that led healthy women to have unnecessary surgery.

The Lancet study also used CA125, but in a different way. Instead of declaring a certain level abnormal, the researchers developed a mathematical formula that took into account a woman’s age and the degree of change in CA125 over time, and calculated a risk score.
Experts not associated with the Lancet study agreed that the test was not ready for routine use, and they varied in their optimism about it.

“It is good news because ovarian cancer is a serious problem,” said Robert Smith, the vice president for cancer screening at the American Cancer Society. “The incidence is not high, but it has a high mortality rate and we’ve not been able to offer women much with respect to early detection. This has the potential to change that.”

Dr. Tanveer P. Mir, chairwoman of the board of regents of the American College of Physicians, said she thought the test had great promise and expected that the college’s special task force on screening tests would evaluate the study and consider endorsing it.

Dr. Edward E. Partridge, the director of the comprehensive cancer center at the University of Alabama at Birmingham, said, “It gives us a glimmer of hope, but boy, it’s a long way from being implemented as a public health policy.”

Dr. Karen H. Lu, the chairwoman of the department of gynecologic oncology and reproductive medicine at the University of Texas MD Anderson Cancer Center, called the Lancet research “a solid triple, but not a home run.”

“It’s a lot of screening for a small amount of benefit,” said Dr. Saundra S. Buys, a professor of medicine and medical director of the high-risk breast cancer clinic at the University of Utah’s Huntsman Cancer Institute. She called the study “an amazing accomplishment,” but said the real problem is that ovarian cancer is not amenable to screening because of its lack of symptoms and aggressive growth.

An advocacy group, the Ovarian Cancer National Alliance, issued a statement that called the study promising, but said much more data analysis was needed to determine whether the test would be useful.

The study was paid for by the British government and the Eve Appeal, a charitable group in Britain. Dr. Menon and several other authors have financial interests in a British company, Abcodia, that will be marketing the new version of the CA125 test.

About half were assigned to a control group that received no screening.

Some 50,000 others were given CA125 tests, interpreted with the new formula, known as the Risk of Ovarian Cancer Algorithm. If they had abnormal findings, other tests would be done, possibly leading to surgery to remove the ovaries.

Another 50,000 had just ultrasound scans of the ovaries once a year, with more tests, if needed, to follow up on suspicious results.

The first analysis found decreased deaths in both the CA125 and ultrasound groups, but the differences were not statistically significant. A second analysis, excluding women found to have ovarian cancer shortly after they entered the study, found 20 percent fewer deaths in the women screened with the CA125 algorithm. Further statistical tests showed that the differences in death rates did not emerge until the seventh year of the study — probably because once a woman enters, it takes time for the disease to develop, and then more time for her to die, Dr. Menon said.

She said the findings were the first evidence from a randomized, controlled trial that screening can reduce ovarian cancer deaths.

To save one life, the researchers calculated, 641 women had to be screened annually for 14 years. For each ovarian cancer detected, 2.2 women had surgery that turned out to be unnecessary — a rate that researchers consider low. The rate of major complications from those operations was 3.1 percent.

An important strength of the method, Dr. Lu said, “is that they don’t do many unnecessary surgeries.” But she emphasized that the screening “is not here now.”

To read this article written by The New York Times, visit The Clearity Portal by clicking here.