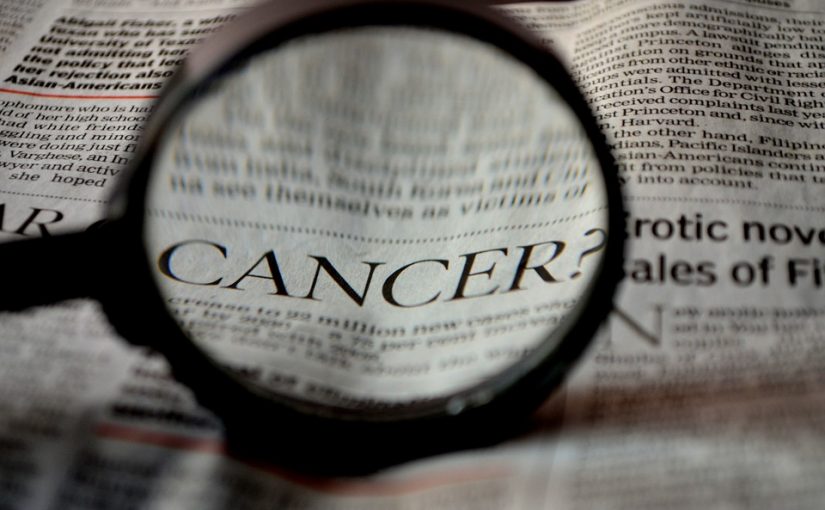 Stanford University (SU) researchers have found a new signaling molecule that cancer cells use to keep the immune system at bay.

Our bodies’ immune cells are, among other objectives, tasked with clearing out malfunctioning cells. In theory, cancer cells fall into this category and should be targeted; in practice, however, they use all sorts of biochemical tricks to avoid detection. Researchers at the SU School of Medicine have identified a new signaling molecule that cancer cells use for this purpose.

Immune system cells called macrophages normally detect sick or damaged cells, then proceed to engulf and devour them. In recent years, however, researchers have discovered that proteins on the cell surface can tell macrophages not to destroy them. While this mechanism is meant for good, law-abiding cells to keep the immune system from attacking them, cancer cells have hijacked the same mechanism.

The authors’ past research has shown that the proteins PDL1 and CD47 are used by cancer cells to hide from immune system cells. The discovery of these two proteins and their role also pointed to a possible treatment against cancer: blocking them to ‘uncloak’ cancer cells. Antibodies aimed at blocking CD47 undergoing clinical trials, while treatments targeting PDL1 are already in use in oncology clinics.

“Finding that not all patients responded to anti-CD47 antibodies helped fuel our research at Stanford to test whether non-responder cells and patients might have alternative ‘don’t eat me’ signals,” said co-author Irving Weissman, the Virginia and D.K. Ludwig Professors for Clinical Investigation in Cancer Research.

The team reports finding a new such protein, called CD24, that cancer cells employ as a “don’t eat me” sign. They began by looking for proteins that were produced in larger quantities in cancer cells than in the surrounding, healthy tissues. The hypothesis the team was working on was that cancers growing in the presence of macrophages need to produce some kind of signaling molecule to keep themselves safe. This should be reflected in a higher concentration of that particular compound in the cancer cells — and, by disrupting this compound, cancer could be made vulnerable.

Many different types of cancer produce higher levels of CD24 compared with normal cells and surrounding tissues, the team explains. They further showed that macrophage cells which infiltrate the tumor sense the presence of this protein through a specialized receptor (SIGLEC-10). They placed a mix of cancer cells harvested from patients and macrophages in a dish and then blocked the interaction between CD24 and SIGLEC-10. The macrophages immediately started breaking down the cancer cells, they explain. Lastly, they implanted human breast cancer cells in mice and blocked CD24 signaling — the mice’s macrophages attacked the cancer cells, the team reports.

Of particular interest was the discovery that ovarian and triple-negative breast cancer, both of which are very hard to treat, were highly affected by blocking the CD24 signaling.

“This may be a vulnerability for those very dangerous cancers,” said Amira Barkal, an MD-PhD student and lead author of the paper.

CD24 seems to often work as a complement to CD47 — one of the previously-identified ‘don’t eat me’ proteins — the team adds. Some cancers, like blood cancer, are highly susceptible to CD47-signaling blockage but not to CD24-signaling blockage. Others, like ovarian cancer, show the exact opposite susceptibility. This finding makes the team confident that most (if not all) types of cancers can be attacked by blocking one of these two signaling molecules.

The researchers now hope that therapies to block CD24 signaling will follow in the footsteps of anti-CD47 therapies, being tested first for safety in preclinical trials, followed by safety and efficacy clinical trials in humans. In the future, they plan to keep sniffing out such proteins in a bid to make cancers even more vulnerable by blocking several ‘don’t eat me’ proteins at a time.

“There are probably many major and minor ‘don’t eat me’ signals, and CD24 seems to be one of the major ones,” Barkal said.

Combined with novel ways of detecting the disease, such treatment avenues may finally spell the end of cancer as we know it today. Not a day too soon.

The paper “Engagement of MHC class I by the inhibitory receptor LILRB1 suppresses macrophages and is a target of cancer immunotherapy” has been published in the journal Nature Immunology.

This article was published by ZME Science.