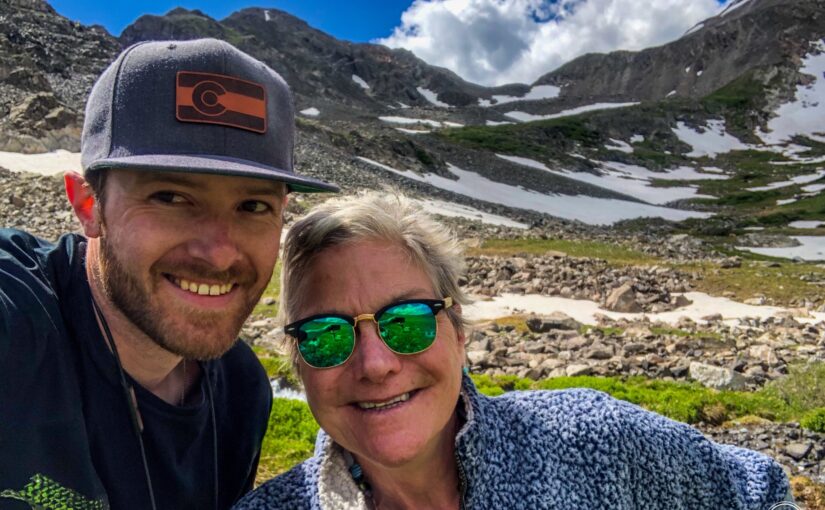 When diagnosed, there’s so much to deal with. After years of warning signs and my primary care doctor treating me for a myriad of medical issues, I presented with excruciating torso and belly pain, a distended stomach & difficulty breathing in August 2018. My PCP sent me immediately to the ER after telling me I needed my gallbladder removed. I think it was then she realized what was going on, and what she had missed. I was diagnosed with ‘profuse cancer within my peritoneum’, the type uncertain. I was admitted to the oncology unit until a definitive diagnosis was made. That was the beginning of a whole new life!

My darling son, Jason, moved in with me as my caregiver, which is an amazing story of love and dedication. He was 31 years old. He took care of me through frontline until after debulking surgery. For that time, he was my primary caregiver and ground wire. He met every interaction with compassion, humor, tolerance, cheer and support. He normalized the abnormal and treated me not as I might be dying from cancer, but rather as a team playing our best game. I always won when we played 500 rummy too! He insisted we not give in to reclusive tendencies. Even in a wheelchair and on oxygen, he would wrap me snuggly warm in blankets and we would go out for daily autumn walks. While out we laughed and always had things to talk about. He took my miniature schnauzer (Jack) to be groomed and when they returned Jack had a mohawk! It looked good too.

We joined a hiking club and went on a retreat together. We made mala necklaces, went to Bronco games, museums, and the botanical gardens. We dressed up like Santa & Mrs. Claus at Christmas and made potato pancakes to celebrate Chanukah. For my birthday, we went to his favorite musical venue and made sure they knew ahead of time that we were coming. Everywhere we went, he treated me like a queen and the rest of the world followed! That night they made sure we were let right in, ahead of the line, and surprised us by buying our dinner, giving me flowers, and making sure we had comfortable seats for the show.

That kid kept things going and organized, figured out our grocery needs, and kept so many balls in the air. He took me all over the city to countless appointments of all kinds. When I needed help getting shoes and socks on, he was right there, making a secure knot whenever he tied my shoes. Everyone in my world knew him. He arranged all of my appointments. Palliative care would come to the house and meet with us both. It was the same way with my first oncology team. They all consulted about my progress in between treatments and laughed when he reported that I only wanted to eat Jello. Much later, he told me they privately met with him and said he needed to prepare himself for losing me.  I never knew until he finally told me that he really did know the score, far more about ovarian cancer than I did. It broke my heart when he was depressed.

The night before each chemo, Jason did what he called “the chemo clean”. (It would now be called a Covid clean) He sanitized everything from counters, light switches, handles, etc. and vacuumed too. It all took hours! He would have to wake us at 3:00 AM to administer my pre-chemo medications. The day of, we were always prepared with a bag of snacks and activities to do during my infusions. My amazing caregiver son, was a ground wire. It wasn’t until later I realized how hard this time had been on him, and how hard I must have been to live with.

Jason and I developed a profound and intimate bond. It went far beyond the closeness we had as he was growing up. There are few words to describe how our closeness morphed. To this day, he gives me all the credit for getting through that difficult time. I give it to him. One thing we agree on is “we kicked cancer’s ass together”.