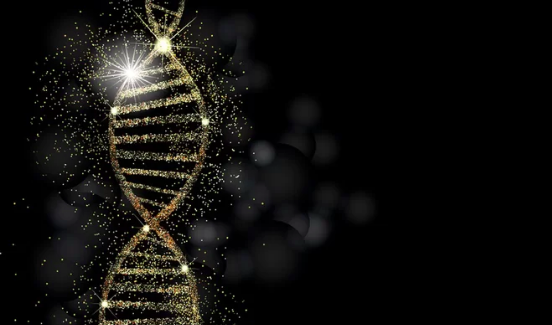 Researchers have discovered a curious difference between the DNA from cancer cells and that from healthy cells, and this finding could lead to a new blood test for cancer.

The difference? Cancer DNA has a rather strong affinity for gold, according to a new study. This feature appears to be common to cancer DNA in general, regardless of the type of cancer, the researchers said.

Taking advantage of this finding, the researchers designed a new test that uses gold nanoparticles to detect cancer. The gold particles change color depending on whether or not cancer DNA is present. The result was a simple and fast test that could detect cancer in just 10 minutes, according to the study, published today (Dec. 4) in the journal Nature Communications.

“You can detect it by eye — it’s as simple as that,” study senior author Matt Trau, a professor and senior group leader at the University of Queensland’s Australian Institute for Bioengineering and Nanotechnology, said in a statement.

However, the work is preliminary, and much more research is needed before this test could be useful for patients, outside experts told Live Science. [10 Do’s and Don’ts to Reduce Your Risk of Cancer]

The new study focused on the “epigenome,” or chemical modifications to DNA that turn genes “on” or “off.” These modifications do not change the DNA sequence, but instead affect how cells “read” genes. One example of an epigenetic change is DNA methylation, the addition of a methyl group, or a “chemical cap,” to part of the DNA molecule. This modification prevents certain genes from being expressed.

Previous research has shown that the pattern of DNA methylation in cancer cells differs from that in healthy cells. Specifically, cancer DNA has clusters of methyl groups at specific locations and almost no methylation elsewhere, while normal DNA’s methyl groups are more evenly spread out across the entire genome. The researchers called this methylation pattern the “methylation landscape,” or “methylscape.”

And though this “methylscape” could serve as a biomarker for cancer, researchers didn’t have a good way to detect it.

So, rather than focus on the methylation itself, the researchers in the new study looked at what the methylation did to the overall structure and chemical properties of the cancer DNA.

The investigators found that the methylscape of cancer DNA causes DNA fragments to fold up into 3D “nanostructures” that have an affinity for gold. In contrast, normal DNA folds in a somewhat different way, which does not result in such a strong affinity for gold, the researchers said.

So, the researchers developed a test that exploits this ability of cancer DNA to stick to gold. If cancer DNA is present, the gold nanoparticles will turn a different color than if cancer DNA is not present. The test can use “circulating free DNA,” or DNA released into the blood from cancer or healthy cells.

The researchers have tested their technology on about 200 samples from cancer patients and healthy people, finding that the test was up to 90 percent accurate in detecting cancer.

Dr. Jeffrey Weber, the deputy director of the Perlmutter Cancer Center at New York University’s Langone Health, called the new study “great science” and applauded the idea of looking for a way to detect the cancer DNA methylscape. However, Weber, who was not involved in the study, said the work is “just the beginning.” He added that larger studies are needed to evaluate the accuracy of the test, as well as whether it could be useful for patients, compared with existing tests.

“It’s going to be a lot of work to turn this sort of [test] into a real, clinically useful [test],” Weber told Live Science.

Joyce Ohm, an associate professor of oncology at Roswell Park Comprehensive Cancer Center in Buffalo, New York, agreed that the work is “an exciting potential advance” in looking for a general epigenetic biomarker for cancer. But she added that the study was “very proof of principle at this point.”

Currently, the test detects only the presence of cancer, not the type of cancer. It’s also unclear exactly how high the levels of cancer DNA need to be in order for the test to work, which would affect how early in the course of the disease the test could be used, the researchers said.

In its current form, the test would be less applicable as a screening test, given that it cannot detect types of cancer, Ohm told Live Science. But if the technique is further developed, perhaps the most immediate potential application would be monitoring existing cancer patients for disease recurrence, she said.

The researchers acknowledged that their test needs further study, “but it looks really interesting as an incredibly simple ‘universal marker’ of cancer,” Trau said in the statement. It’s also attractive “as a very accessible and inexpensive technology that does not require complicated lab-based equipment like DNA sequencing,” he said.

This article was published by Live Science.