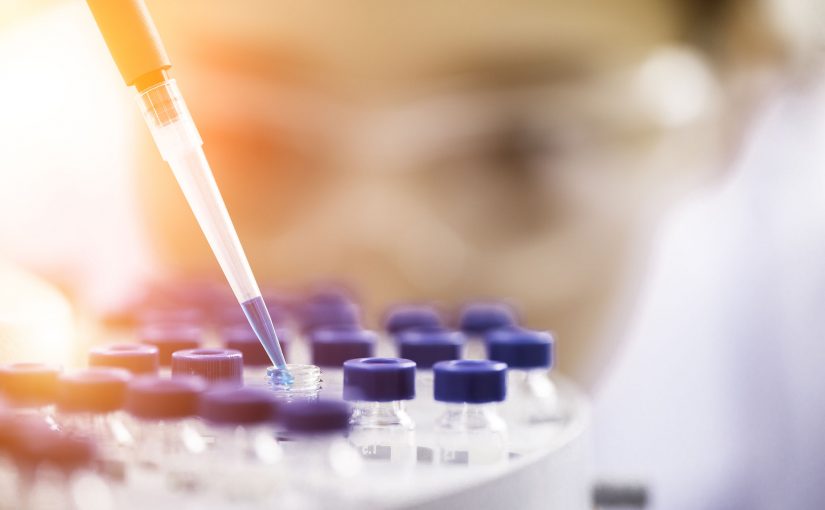 Medical science has made tremendous advances in “personalized medicine” — drugs that fight cancer and other diseases by boosting the immune system or targeting specific genetic traits.

Former U.S. President Jimmy Carter benefited from one of these drugs, Keytruda (pembrolizumab), which successfully beat back his brain cancer by ramping up his immune system.

But the American public is still struggling to understand the implications of these new targeted treatments, a new HealthDay/Harris Poll has found.

A large majority (71 percent) of Americans are unfamiliar with personalized medicine, the survey found.

Among those who are familiar with the concept, nearly half (49 percent) don’t understand that this new type of therapy is typically more successful, with fewer side effects, compared to other treatments.

On the other hand, most (62 percent) didn’t realize that the cost of the drugs will be significantly higher than other treatments.

“Very few Americans know a lot about personalized medicine but, nevertheless, people are excited about it, particularly regarding its potential to save lives and revolutionize health care,” said Deana Percassi, managing director of The Harris Poll’s public relations research practice.

For example, there’s a drug called Lynparza (olaparib) that treats people with advanced breast and ovarian cancers caused by mutations of the BRCA gene. The drug blocks an enzyme and makes it more likely for cancerous cells to die off more quickly.

In an advance for the field, last week the U.S. Food and Drug Administration approved a drug for a treatment of a wide range of cancers based on a shared mutation. The drug, Vitrakvi (larotrectinib), can treat thyroid, lung, and head and neck cancers caused by a common genetic factor.

Doctors need to spread the word

Despite advances like this, two in five people (41 percent) are not at all familiar with personalized medicine, and only 5 percent said they are very familiar, the survey found.

“We’re all exposed to a lot of information on a regular basis,” Lichtenfeld said. “People tend to not pay a lot of attention to a particular topic until it becomes personally relevant to them.”

Dr. Bruce Johnson suggested that doctors “need to do a better job disseminating information about personalized medicine.” Johnson is past president of the American Society of Clinical Oncology.

“I’m a lung cancer doc. We just had our fifth drug for a specific genomic driver in lung cancer approved last week. That started out from zero in 2004,” Johnson said.

“As opposed to the old days, where drugs worked, on average, for four to six months, these currently are typically working between 10 months to three years,” Johnson said. “For patients with lung cancer, it’s dramatically transformed their lives. Our job is to get that information out there and make it clear.”

Lichtenfeld noted that the word needs to spread so people will know these drugs might be available to help them.

“I had a conversation with someone a couple of weeks ago who had a cancer, had a genetic test done on their cancer, and had a mutation for which there is a clinical trial, but no one had recognized that,” Lichtenfeld said.

“This was what I call an activated patient, an intelligent and engaged person,” he continued. “We need to do a better job, nationwide, understanding the options we now have.”

More than half (60 percent) are unaware that the drugs used in personalized medicine tend to be much more expensive than more conventional treatments like chemotherapy.

Further, about one in six (15 percent) thinks the costs of personalized medicine will be significantly lower than other treatment options.

In reality, personalized medicine costs a lot. People taking Keytruda pay around $150,000 a year, while Lynparza is estimated to cost more than $234,000 to extend a patient’s life by one year. Vitrakvi will cost $32,800 for a 30-day supply of capsules.

According to Percassi, “Even those who are familiar with the topic are relatively unaware of the extreme cost difference between personalized medicine and other available treatments.”

There’s currently a debate in medicine over the cost of these drugs, Lichtenfeld said.

On the one hand, these cutting-edge medicines are expensive to develop and often only help a small number of patients who carry the specific genetic trait being targeted, Lichtenfeld explained.

“You have people who say it’s a big risk to develop these drugs and we take on that risk. As a result of taking on that risk, we’re entitled to earn a return on that investment,” Lichtenfeld said.

But there are also people who feel these drugs are way too expensive, particularly those for which broader uses have been found, he noted. More patients are taking certain drugs but the prices haven’t budged.

People also don’t know that by specifically targeting genes and immune functions within the body, personalized medicine avoids the nasty side effects that result from chemotherapy and other harsh treatments.

Only around half (48 percent) think personalized medicine will have a higher level of success and relatively less side effects among cancer patients than other available treatments. The percentage still only reaches 51 percent among those who are already familiar with personalized medicine, the poll results showed.

Johnson pointed out that “it’s not only that it works better, but people can return to their lives, to live as well as they can for as long as they can.”

Potential to save many lives

Despite this lack of information, the poll found that Americans are excited about the prospects for personalized medicine:

“We’ve been through some ups and downs when it comes to personalized medicine,” Lichtenfeld said. “The good news from my perspective is we are clearly on an upswing where we have more medicines that are more effective for particular patients. But we have to keep in mind that for a particular medicine, there may only be a small number of patients who are going to benefit from it.”

The survey was conducted online in the United States by The Harris Poll on behalf of HealthDay between Nov. 15-19, 2018 among 2,016 U.S. adults, aged 18 and older. Figures for age, sex, race/ethnicity, education, region and household income are weighted where necessary to bring them into line with their actual proportions in the population. Propensity score weighting are used to adjust for respondents’ propensity to be online.

This article was published by HealthDay.