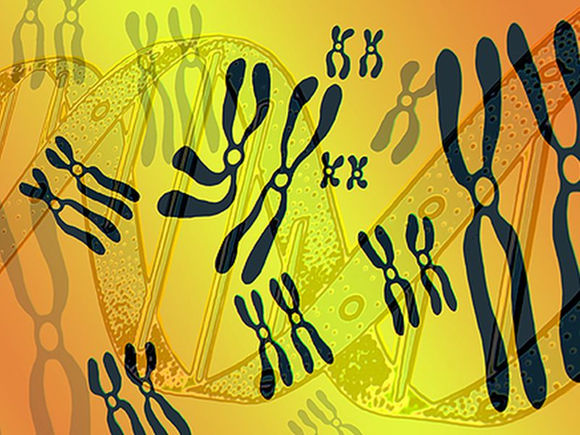 While only 5 percent to 10 percent of cancers are caused by an inherited gene mutation, genetic testing may benefit people with a strong history of family cancer, an expert in genetics suggests.

This is especially true in families with a history of breast, ovarian, prostate or pancreatic cancers (especially if you are of Ashkenazi Jewish descent), as well as colon and uterine cancers, said Monique Lubaton. She is a cancer genetic counselor at LifeBridge Health in Baltimore.

Lubaton said there are many myths about inherited cancers and genetic testing.

The first misconception is that a negative test for a BRCA1 or BRCA2 mutation means a person does not have hereditary cancer syndrome.

In the general population, about one person in 500 has a BRCA1 or BRCA2 mutation. That compares to about one in 40 among the Ashkenazi Jewish population (Central or Eastern European).

While these mutations are the most common cause of hereditary breast or ovarian cancer, a negative genetic test does not mean there is no hereditary cancer risk, Lubaton explained.

“There are a number of other genes that are associated with hereditary cancer syndromes,” Lubaton said in a LifeBridge Health news release.

Another myth is that having an inherited genetic mutation guarantees a person will develop cancer. While most hereditary cancer syndromes have “moderate-to-high” risk levels, the risk can be reduced “with guided management,” according to Lubaton.

Signs of hereditary cancer syndrome include cancers found before age 50; the same type of cancer in three or more members on the same side of the family; and one or more family members with multiple cancers. People with rare cancers like medullary thyroid cancer and male breast cancer, or a history of more than 10 colon polyps, may also have hereditary cancer syndrome.

Some people think a woman can’t get a genetic mutation from her father. That’s wrong, Lubaton said.

Nearly all hereditary cancer syndrome mutations can be passed down by either mother or father. But inherited mutations in these genes increase female carriers’ risk of breast and ovarian cancers, she added.

Another misconception is believing that if you’ve already had cancer, there’s no need to find out whether you have an inherited gene mutation.

People with such mutations are at increased risk for multiple cancers over a lifetime, so it’s important to know about these mutations, according to Lubaton.

“Also something important to know, there are now targeted therapies for individuals with genetic mutations,” she said.