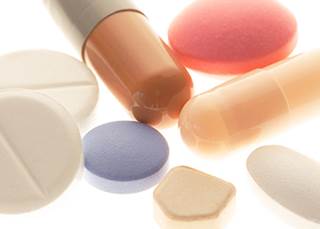 Avastin (bevacizumab) gained an expanded FDA approval to treat patients with platinum-sensitive recurrent ovarian cancer as a part of a combination regimen with chemotherapy followed by continued use of the angiogenesis inhibitor, according to the drug developer, Genentech.

Both studies demonstrated a significant improvement in progression-free survival (PFS). In the GOG-0213 study, median PFS improved by 3.4 months with the addition of Avastin to chemotherapy compared to chemotherapy alone (13.8 months vs 10.4 months, respectively), according to Genentech.

The OCEANS study, which enrolled 484 women, showed a median PFS improvement of four months for Avastin with chemotherapy versus placebo plus chemotherapy (12.4 months vs 8.4 months, respectively). The secondary endpoint of OS did not show statistically significant improvement.

In both trials, the Avastin-containing regimens resulted in higher objective response rates (ORRs). The ORR with Avastin was 78 percent in both studies; for the chemotherapy arms, the ORR was 56 percent in GOG-0213 and 57 percent in OCEANS.

The approval gives women with recurrent platinum-sensitive ovarian cancer a treatment option that is superior to chemotherapy alone, said Sandra Horning, M.D., chief medical officer and head of Global Product Development for Genentech, touting the five-month improvement in OS. Woman are considered to have a platinum-sensitive form of the disease if a relapse occurs six months or longer following the last treatment with a platinum-based chemotherapy.

In November 2014, Avastin was approved in the United States for the treatment of women with platinum-resistant recurrent epithelial ovarian, fallopian tube or primary peritoneal cancer in combination with paclitaxel, pegylated liposomal doxorubicin or topotecan chemotherapy. Women are considered to have a platinum-resistant form of the disease if a relapse occurs less than six months after the last treatment with a platinum-based chemotherapy.

For platinum-sensitive disease, the company said adverse events in both studies were consistent with those seen in previous trials of Avastin across tumor types for approved indications, but also included low white blood cell count with fever, low sodium level in the blood, pain in extremity, low platelet count, too much protein in the urine, high blood pressure, and headache.

First announced in March 2015, the GOG-0213 results marked the first time a phase 3 study has shown improvement in OS for the platinum-sensitive patient population. Although findings from GOG-0213 narrowly missed statistical significance, they built upon evidence supporting the use of Avastin in recurrent platinum-sensitive settings.

To read this entire article on The Clearity Portal, please click here to login.