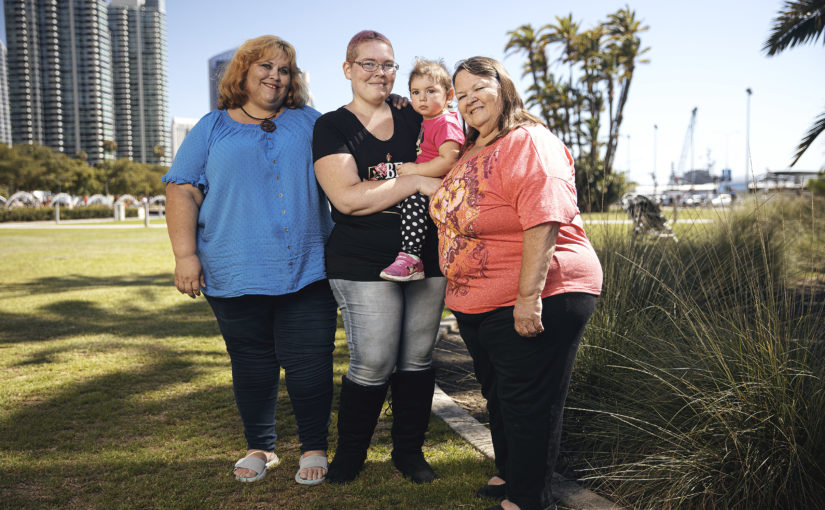 When I was a teenager, I found out that I had Polycystic ovary syndrome (PCOS). PCOS is a hormonal disorder that can cause cysts on the ovaries, and I would often feel when I had cysts, and when they would rupture. When I was 23, I had a painful cyst that would not go away. It just kept getting bigger and bigger. By December 28th, 2016, it had turned into a tumor and I had to have surgery to remove it. After waking up, they let me know the good news, they had tested the tumor and it was benign. During my follow-up appointment, the doctor told me that a frozen section of it did come back as cancerous, however, because they had removed all of it, along with the ovary and fallopian tube, they said that I did not need chemotherapy.

Shortly after healing, I found out I was pregnant, and my daughter was born in January 2018. I call her my miracle as after all the surgery, I had been told that I had a very low chance of ever getting pregnant. By the time she was 5 months old, I started experiencing a lot of pain and my stomach began to get bigger. In December 2018, I had surgery for the second time. This time around, they removed almost 30lbs of tumor and all of my lady parts, as well as my chances of having any more children. Two months later, in February of this year, my CT scan showed that my tumors were back, and growing, so I began chemotherapy immediately. After three rounds of treatment, my doctor let me take a break, as I was completely miserable and throwing up so much, and I could not get it under control.

After completing chemo, my CT scan showed that my tumors were gone, and I was cancer free for three months. I recently found out that I have another mass growing near my liver that will need to be biopsied, and while I am hoping that it is benign, my doctor believes that the cancer may be back, and I will need to start chemo again.

Today, my daughter and I live with my mother and grandmother, and I feel so fortunate to have their help. My mom takes care of my daughter during chemo and when I have to go to appointments, and my grandma helps to take care of me when I am in pain and cannot do much. I have also started with The Clearity Foundation’s new support program, Steps Through OC, to learn more about ovarian cancer and treatment options, and to get additional help while I fight this disease.

I try to play with my daughter as often as I can. Family is very important to me, and I try to see them whenever possible, because I do not know what the future holds. My advice for other women who have been diagnosed with ovarian cancer is do whatever you can to make sure you are living your best life – some people may stop speaking to you because they are scared, but it is so important to make as many memories as possible with the people that matter. My hope for the future is that I beat this disease so I can be around for all of my daughter’s life, to watch her grow and learn.

Support women like Alexis by starting your own Facebook Fundraiser, or by donating to support The Clearity Foundation. You can make a difference in the lives of women with ovarian cancer today!