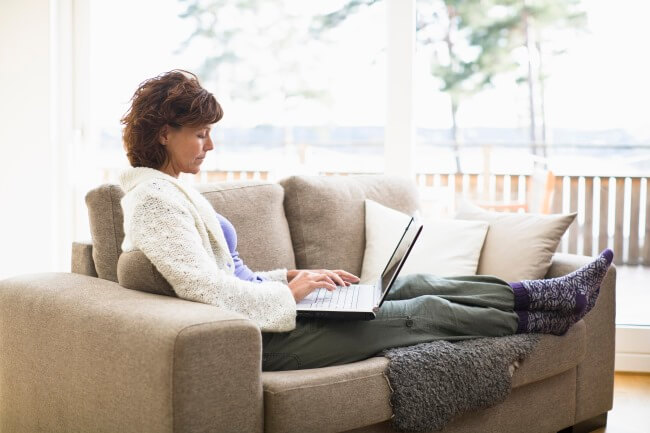 Many complex terms and numerous abbreviations are used in the field of oncology. Many patients likely do not fully understand these terms, whether they hear them during their oncology visits or when reading through information that they find themselves. The purpose of this fact sheet is to explain some of the more commonly used terms in oncology. Other resources are available that provide a more comprehensive and searchable glossary, such as the National Cancer Institute Dictionary of Cancer Terms or the American Society of Clinical Oncology’s Cancer.Net Cancer Terms.1,2

There are 2 major types of cancers, those that are referred to as solid tumors and those that are considered blood cancers. Solid tumors are any cancers that begin within a solid tissue or organ, whereas blood cancers originate with cells that are present in the blood, but do not form a solid mass. A tumor is essentially a group of abnormal, or atypical, cells that form a ball of tissue. Tumors can be cancerous or benign. Benign means that although the cells are abnormal, they are not truly considered cancerous, and there is no risk for it spreading beyond the location of the tumor. Benign tumors are rarely life-threatening.

Many patients are familiar with the concept of hereditary cancers, when cancer runs in families and is seemingly “passed on” to family members. In these cases, specific mutations in genes that are associated with cancer are inherited and can (but not always) result in cancer. However, the majority of the time cancer is sporadic, meaning it develops without a clear link to inherited traits.
When cancer is diagnosed, it is staged, meaning it is categorized based on severity. When the cancer is staged several factors are typically considered, including the size of the tumor and whether or not it has spread beyond a primary site. Metastatic cancer is disease that has spread beyond the original tumor. Distant metastases include cancers where cancer cells are found in other organs than where the original tumor was found. For example, if the original cancer is lung cancer and a group of cancerous cells are found in the liver, it is considered to be a distant metastasis. Locally advanced cancers are those that have spread beyond the original tumor, but nearby, such as to the nearby lymph nodes or just beyond the border of the original tumor.

Although tumors are identified through imaging, a biopsy is needed to confirm the cancer type and to perform any other tests that may help the health care team decide how it will best be treated. A biopsy is a small piece of tissue that is taken from the original tumor or from a metastatic site. There are several different types of biopsies, and the type that is taken will depend on the type of cancer and where it is located. For example, a fine-needle aspirate is when a biopsy is taken with a needle. An excisional biopsy is one in which the tumor is cut out, which is common with skin cancers. Liquid biopsy is when a liquid sample is taken (blood, saliva, urine) and tested for cancerous cells; however, this type of biopsy is not yet commonly used, and many new tests using bodily fluids are still in development and have not yet been approved by the US Food and Drug Administration (FDA).

Biopsies are used to look at the cells of the cancer under the microscope and to do testing to diagnose the exact type of cancer that is present and sometimes to perform staging, which is important when determining how the cancer should be treated. In addition, the biopsy may be used for testing for gene mutations, which may be referred to as sequencing, mutational analysis, genetic testing, or genomic testing.

For patients with metastatic cancer, systemic therapy is often given alone without surgery. Health care providers may talk about the line of therapy, such as first-line (or frontline) or second-line therapy, which refers to the order of systemic therapies. The first type of treatment given is first-line therapy, and if the cancer does not respond or stops responding, the second type of treatment is called a second-line treatment. Sometimes patients will be given maintenance therapy after their initial treatment, which is to help maintain the response to the original therapy for a longer period of time. There are several major types of therapies used systemically and these include chemotherapy, targeted therapy, hormone therapy, and immunotherapy.

Consolidation may also include additional chemotherapy. There are 2 types of stem cell transplants: allogeneic, which uses healthy matched tissue from a donor, or autologous, which uses the patient’s own tissue taken prior to induction therapy.

Health care providers may discuss the patient’s prognosis, or the expected outcomes, with different treatment approaches. How well the treatment works, or its efficacy, is often described using terms about survival and response. Overall survival is the length of time a patient survives after starting treatment. The amount of time that the cancer does not group or spread after starting treatment is referred to as progression-free survival. The overall response rate or objective response rate is the proportion of patients whose cancer responds to the treatment; a “response” occurs if the tumor shrinks (ie, a partial response) or disappears (ie, complete response). Some tumors will stop growing as a result of treatment but do not shrink; it this occurs, the patient is said to have achieved what is known as stable disease. A remission occurs when the signs and symptoms of the cancer are temporarily or permanently gone; however, the cancer itself may still be present. Cure is when the patient is restored to full normal health and is sometimes used after a patient is cancer-free for at least 5 years – many oncologists bristle at the term “cure”, as it implies the cancer will never recur. A recurrence or relapse occurs when the cancer returns after a period when it could not be detected. Sometimes a recurrence occurs at the original site of the tumor or at other sites.

Sometimes during treatment for cancer, a tumor can stop responding to treatment that at one point triggered a response—when this occurs, the tumor is labeled refractory. Cancer that never responded to a treatment is called resistant or treatment resistant.

Patients will sometimes receive treatment that is termed palliative, which means that it is used to help improve symptoms of the cancer, but is not expected to stop the growth or spread of the malignancy.

A common side effect of treatment is fatigue, which is extreme tiredness or the feeling of no energy that results in the inability perform many functions. Nausea is also common and refers to a feeling of discomfort or sickness in the stomach. Some other examples of side effects include mucositis, which is inflammation of the digestive track that often causes sores in the mouth, and stomatitis, which is specifically inflammation of the mouth and also causes mouth sores. Pyrexia refers to fever and pruritis is itchiness.