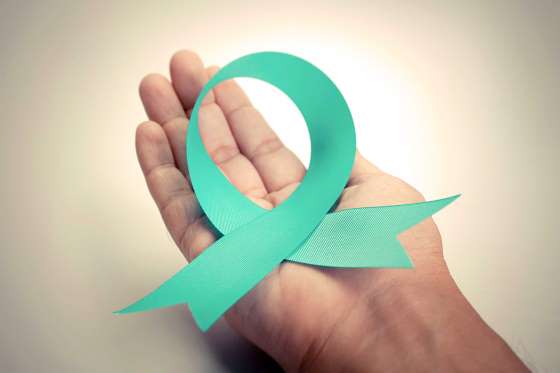 The early symptoms of ovarian cancer are easily missed, so getting educated is the best thing you can do to protect yourself!

‘Early symptoms of ovarian cancer tend to be subtle. Bloating, constipation, stomach pain, irregular bleeding, pelvic pressure, and even a sensation of ‘feeling full’ after eating little are all early signs but women often ignore these, writing them off as gastrointestinal problems, or try to self-treat rather than seeking medical attention. —Nicole Williams, MD, of The Gynecology Institute of Chicago Reader’s Digest is working with Stand Up to Cancer, an initiative that funds groundbreaking research projects to help bring new treatments to patients faster. Here’s how you can join the movement to help END CANCER in our lifetimes.

BIRTH CONTROL PILLS AND BABIES ARE YOUR FRIENDS

‘Some of the biggest risk factors for ovarian cancer are associated with how often you ovulate. The more you ovulate, the more at risk you are for ovarian cancer. So women who have have never had a child, never used the birth control pills, started menstruating early, and/or experienced menopause after the age of 55 are at a higher risk and should have more frequent check-ups.’ —Sherry Ross, MD, women’s health expert at Providence Saint John’s Health Center in Santa Monica, CA (These are other cancer symptoms women always ignore.)

THERE IS NO GOOD TEST FOR DETECTING OVARIAN CANCER

‘When it comes to ovarian cancer, unfortunately there’s no reliable universal screening method (like the Pap test is for cervical cancer) and the symptoms can be vague and confused with many other illnesses. The best approach is to have a thorough yearly exam, which may include a pelvic ultrasound to better evaluate the ovaries for any abnormalities. Furthermore, women with a family history of either breast or ovarian cancer should discuss genetic testing to better understand their chances of developing these cancers. If a woman has a genetic predisposition for these cancers, there are prophylactic procedures that can greatly reduce the chances of getting these cancers and increased surveillance can be instituted. As with all cancers, early detection is always best.’ —Russell Bartels, MD, medical director at the Scottsdale Center for Women’s Health

OVARIAN CANCER IS RARE BUT DEADLY

‘The American Cancer Society estimates that in the United States in 2016 about 22,280 women will get a new diagnosis of ovarian cancer. More than half of these—about 14,240 of our mothers, sisters, aunts, daughters, neighbors, co-workers and friends—will die of the disease. Ovarian cancer, though a relatively rare cancer, ranks fifth in cancer deaths of women.’ —Crystal Moore, MD, PhD, FCAP, an anatomic and clinical pathologist in Virginia

YOU CAN HELP YOUR FAMILY

‘Because ovarian cancer can be hereditary all women with ovarian cancer should have genetic testing. If you have a BRCA1 or BRCA2 mutation, encourage all your first-degree relatives (like sisters or daughters) to have their genetic testing done. Through genetic testing we can prevent up to 20 percent of all ovarian cancer cases today by identifying those who are at a high risk.’ —Douglas A. Levine, MD, director of gynecologic oncology at the Laura and Isaac Perlmutter Cancer Center at NYU Langone Medical Center

IT’S NOT AN AUTOMATIC DEATH SENTENCE

‘Many people think that we are not making progress in our fight against ovarian cancer but we are. Over the past 30 years treatments have gotten much more effective and are better tolerated. Nowadays women are living longer and better lives. We have a lot of work still to do, but we are making headway against this very aggressive disease. ‘ —Douglas A. Levine, MD, director of gynecologic oncology at the Laura and Isaac Perlmutter Cancer Center at NYU Langone Medical Center (These are 21 reassuring facts about cancer, according to cancerscientists and researchers.)

‘Recent research has shown that a family history of colon cancer could put you at risk for an increased risk of both ovarian and uterine cancer. It’s important to seek genetic counseling and talk to your doctor if you have a family history of these cancers.’ —Nicole Williams, MD

DON’T UNDERESTIMATE THE POWER OF EXERCISE AND A HEALTHY DIET

‘Overall worrying about ovarian cancer should be low on your list of worries. It is a scary disease but focusing on staying healthy through proper diet and exercise will not only lower your risk of getting ovarian cancer but it can help lower the risk of getting all cancer and protect you from heart disease, which is the leading cause of death in women in the United States.’ —Sarah Yamaguchi, MD, Good Samaritan Hospital in Los Angeles, California

‘Because of where the ovaries are located in the abdomen and the fact there are no effective screening tests to diagnose ovarian cancer at an earlier stage, it is often not caught until a late stage in the disease. In fact, ovarian cancer is usually not symptomatic until the ovarian mass is large or until other organs are affected. It is important for women to be aware of symptoms of ovarian cancer, including abdominal fullness or bloating, early satiety (feeling full quickly when eating), and urinary complaints. While none of these are ovarian-specific, they are worrisome and warrant an evaluation.’ —Rebecca Phaeton, MD, assistant professor of gynecologic oncology at Penn State Health Milton S. Hershey Medical Center