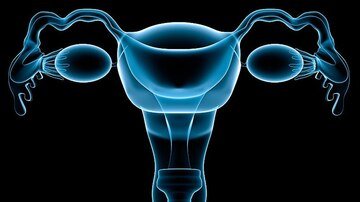 “Many physicians would assume that prevention of cancer, especially cancer as serious as ovarian cancer, trumps all other decision making, but when we really listen to high-risk women, they want to have options,” Karen Lu, MD, chair of gynecologic oncology and reproductive medicine at MD Anderson Cancer Center, Houston, Texas, told Medscape Medical News

She was commenting on the findings from a UK survey conducted among women at an increased risk for ovarian cancer (OC), some of whom had already undergone salpingo-oophorectomy (RRSO), a standard risk-reducing surgery that involves removal of fallopian tubes and ovaries.

The survey found that these women were just as likely to consider an alternative two-stage surgical approach in which the fallopian tubes are removed but removal of the ovaries is delayed ― risk-reducing early salpingectomy with delayed oophorectomy (RRESDO).

In the survey, women were asked which option they would theorectically prefer. At present, the two-step surgery is recommended only within the context of a research trial (several of which are ongoing).

The UK survey was published online August 16 in the British Journal of Obstetrics and Gynaecology.

It found that premenopausal women concerned about the sexual dysfunction that can occur after RRSO were most likely to embrace the two-step surgery option.

The likelihood of finding this option acceptable was nearly three times higher among this subgroup of patients (odds ratio [RR], 2.9). It was more than five times higher among patients who had already undergone RRSO and had experienced sexual dysfunction after the surgery (OR, 5.3), the authors report.

These findings largely mirror those from a 2014 survey of US women, which set the stage for the Women Choosing Surgical Prevention (WISP) study.

The WISP investigators, led by Lu, are assessing quality-of-life outcomes related to sexual function with RRESDO vs RRSO.

Final results from the WISP study and from a similar Dutch study, TUBA, which is evaluating RRESDO’s effects on menopause-related quality of life, are anticipated in late 2020 or early 2021.

The investigators from both the WISP and the TUBA trials are planning a joint trial to evaluate the safety and efficacy of RRESDO, Lu told Medscape Medical News.

The PROTECTOR study, in the United Kingdom, is currently enrolling patients. Like WISP, its primary endpoint will be quality-of-life measures related to sexual function. The PROTECTOR trial will offer the option of RRESDO to the “large proportion of eligible women” who are interested in this two-stage approach, as evidenced by the UK survey, said Faiza Gaba, MBB, first author on the survey results. Gaba is affiliated with the Wolfson Institute of Preventive Medicine at the Queen Mary University of London and the Department of Gynaecological Oncology at St Bartholomew’s Hospital, London, United Kingdom.

The 39-item survey was offered from October 2017 to June 2019 at multiple clinics in the United Kingdom and to members of a support group for BRCA gene carriers. Of the 683 respondents, 346 had undergone RRSO and 337 had not. Those who had not were significantly younger (38.3 years vs 51.5 years); 262 were premenopausal.

Those wanting to delay hot flashes were five times more likely to find RRESDO acceptable (OR, 5.0).

Notably, 74.1% of the premenopausal RRSO patients used hormone replacement therapy (HRT), and most said it reduced symptoms of vaginal dryness. HRT use was not significantly associated with satisfaction or regret regarding decisions to undergo RRSO, the authors found.

Rather, the high regret rates among premenopausal women who underwent RRSO were driven largely by certain symptoms. Regret was highest among those who experienced night sweats (OR, 13.8), sleep disturbance (OR, 18.8), sexual dysfunction (OR, 5.3), or urinary incontinence (OR 17.2). More of those women than those who did not experience these symptoms said they regretted their decision (OR, 6.4) and that RRSO did them a lot of harm (OR, 3.9). These women were also significantly more likely to say they would have opted for RRESDO instead of RRSO had they been given the option, whereas those with hot flashes, osteoporosis, or fatigue after RRSO were less likely retrospectively to choose RRESDO.

The findings suggest “there is a range of tolerability and acceptability of various symptoms among women which affects surgical decision making,” the authors comment.

RRSO remains the gold standard for OC risk reduction, but about 10% of premenopausal women regret having undergone RRSO, mainly because of the menopausal sequelae, they note.

RRESDO could offer an alternative for relatively young women who wish to delay the onset of menopause, they suggest.

The approach is supported by evidence that most high-grade, serous OC originates in the fallopian tubes, meaning delayed oophorectomy with RRESDO may have a favorable risk-benefit profile for those wishing to avoid surgical menopause.

Preliminary reports from WISP and TUBA were presented at the annual meeting of the Society of Gynecologic Oncology in 2019. These initial results showed, as expected, that menopausal symptoms were worse with RRSO. This was true even among those who used HRT, WISP lead investigator Lu told Medscape Medical News.

She applauded the work by Gaba and colleagues, saying that the survey shows that women appreciate having options.

“It’s quite a daunting dilemma” for a woman at high risk but who is without cancer ― a “previvor” ― to be told that the standard-of-care recommendation is to undergo surgical menopause years earlier than would occur naturally, Lu added.

However, it is most important to know whether a given approach is safe and effective, and that’s where the joint international study planned by her team and the TUBA study investigators comes in.

“Acceptability is important; showing the impact on menopausal symptoms and sexual function is important,” she said. “But ultimately, we really need to know that [RRESDO] protects women from ovarian cancer.”