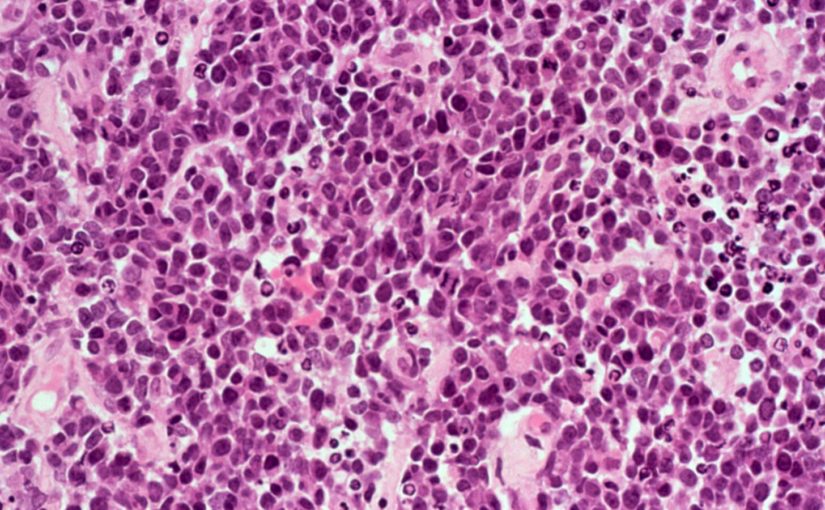 As every trauma surgeon knows, there are messy bullet wounds and there are neat ones, and the former cause incomparably more trouble. If a team of scientists in China is right, the same principle may explain why the genetically engineered CAR-T cells that have been so successful against some leukemias and lymphomas often cause a violent and even life-threatening immune reaction.

The problem, the researchers reported on Friday, is that CAR-Ts attack and kill cancer cells in the messiest way biologists have ever seen.

Viewed under a microscope, the leukemia cells targeted by CAR-Ts “died dramatically,” said tumor immunologist Bo Huang of the Chinese Academy of Medical Science, senior author of the study published in Science Immunology. “The cells swell and you may observe bubbles” from their surface as their innards pop out in a volcanic eruption.

That violent cell death, called pyroptosis, is the first step down the biological road that ends in the immune storm, he and his colleagues showed in human cancer cells growing in lab dishes as well as injected into mice and treated with CAR-Ts.

In addition to identifying the molecular steps that start with this violent cell death and end with the immune overreaction, or cytokine release syndrome (CRS), Huang and his colleagues discovered a possible way to prevent it.

“It’s very interesting data,” said Ibrahim El-Houssieny, vice president of medical affairs at the Gilead Sciences subsidiary Kite Pharma, whose CAR-T Yescarta was approved for the most common form of non-Hodgkin lymphoma in 2017. Cytokine release syndrome “is a topic we have been investing a lot of effort in, and one of the ideas being discussed is to improve the CAR-T,” he said, which Huang’s discovery suggested might work.

For now, all doctors can do if a patient develops a severe cytokine storm is try to counter it, with near-heroic efforts in an intensive care unit to battle the characteristic fever, plunging blood pressure, and trouble breathing. The potential need for such intense care is one reason why, although there are 2,100 cancer treatment facilities in the U.S., both Yescarta and Novartis’ Kymriah CAR-T can be given at fewer than 100. One of the first patients treated by CAR-T pioneer Dr. Carl June of the University of Pennsylvania nearly died of cytokine release syndrome; doctors told his wife he “will not see sunrise.”

To see how CAR-Ts ignite cytokine storms, the Chinese scientists added CAR-Ts (which they made themselves, but which were essentially identical to those in clinical use) to acute lymphoblastic leukemia cells from patients. Right away, they saw that the cells swelled and blew bubbles from their surface, a sure sign the cells were dying via pyroptosis.

Compared to other forms of cell death, in which cells’ innards get neatly packaged into little packets that make them invisible to the immune system, in pyroptosis cells spew out their insides via large holes that suddenly appear in their membrane, said immunologist Veit Hornung of the University of Munich, who was not involved in the study. When scientists discovered pyroptosis 20 years ago, they described it (in a mere 297-word letter to a journal) as “the screaming, alarm-ringing pro-inflammatory death of a potentially dangerous cell.”

With that in mind, Huang’s team grew human leukemia cells in lab dishes or in mice, gave them CAR-Ts, and watched how the cells died. They immediately saw that after CAR-Ts found their target they uncorked a series of biochemical steps that culminated in pyroptosis. First, the CAR-Ts released molecules aptly named perforins, which “drilled holes in the leukemic cells,” Huang explained. Enzymes, also released by the CAR-Ts, scurried through those holes into the leukemia cells. Once inside, the enzymes deputized molecules called gasdermins to punch even larger holes in the cancer cells — holes through which the cells bubbled out their insides. Presto: pyroptosis.

Those violent deaths were contagious: The spewed innards induced pyroptosis in macrophages, the immune cells that CAR-Ts summon to do the actual killing of cancer cells. Macrophages are stuffed with cytokines, so their pyroptosis dumped that inflammatory cargo into the mice’s bloodstream — resulting in cytokine release syndrome.

In a real-world confirmation that this is how CRS happens in people, the scientists measured gasdermin levels in 11 leukemia patients undergoing CAR-T therapy. Sure enough, the higher their level of pyroptosis-causing gasdermins, the more severe their cytokine release syndrome.

“Every step they describe is supported by clear-cut logic and data,” said Munich’s Hornung. “The experiments need to be confirmed by other labs,” he cautioned, but if cancer cells and macrophages indeed die by pyroptosis, “there might be ways to make them die less violently, and avoid cytokine release syndrome.”

Cytokine storms are more likely and severe the more extensive a patient’s cancer and the more CAR-T cells they receive. Overall, 37% to 93% of patients with lymphoma and 77% to 93% of those with leukemia suffer CRS, oncologists reported last year. More recently, the rates, especially of severe CRS, have been much lower, both Novartis and Kite reported in December. That’s mostly because doctors are giving patients corticosteroids before the immune storm gets too severe, Kite’s El-Houssieny said. Ideally, the cytokine threat would be avoided entirely.

The Chinese team is trying to do that. Tweaking the receptor on CAR-T cells that recognize cancer cells seemed promising, but made the CAR-Ts less effective against cancer cells. A more effective approach, at least in mice, was to block the molecules that make tumor cells die via pyroptosis rather than less violently. That should “not affect [cancer-]killing efficacy,” Huang said, “but can prevent cytokine release syndrome.”

This article was published by STAT.