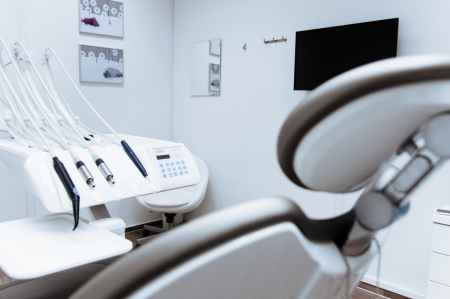 BY Kristie L. Kahl
The combination use of Tumor Treating Fields (TTFields) and paclitaxel more than doubled progression-free survival (PFS) in patients with recurrent, platinum-resistant ovarian cancer compared with those who received weekly paclitaxel, according to results from the phase 2 INNOVATE pilot trial.

In particular, women who received the combination regimen demonstrated a median PFS of 8.9 months compared with 3.9 months in those who were treated with paclitaxel alone.

“Platinum-resistant recurrent ovarian cancer remains difficult to treat and is associated with an overall survival of around 12 months at first platinum-resistant relapse or six months after fourth relapse following a platinum-based treatment,” the researchers wrote. “Weekly paclitaxel remains one of the cornerstones of therapy in this setting. Multiple other treatment modalities alone or in combination with paclitaxel resulted in similar or increased toxicity and failed to prolong survival.”

Since, the anti-mitotic effects of Tumor Treating Fields have been shown in multiple tumor models, the researchers conducted the prospective, single-arm study, published in Gynecologic Oncology, to evaluate the feasibility, safety and preliminary efficacy of Tumor Treating Fields combined with weekly paclitaxel in patients with recurrent, platinum-resistant ovarian carcinoma.

Tumor Treating Fields, developed by Novocure, are low-intensity, alternating electric fields – delivered by an at-home device – that disrupt cell division through physical interactions with key molecules during mitosis (when the cell divides) in solid tumor cancers, inhibiting tumor growth and, in turn, causing the affected cancer cells to die.

“TTFields are administered non-invasively by means of transducer arrays applied to the skin surrounding the tumor and connected to a small, portable, medical device,” the researchers wrote. “The size of transducer arrays and their positioning on the skin intend to ensure therapeutic level intensities throughout the region where the tumor is located.”

In this study, the researchers evaluated outcomes among those who received 200 kHz of Tumor Treating Fields plus 80 mg/m2 of paclitaxel weekly for eight weeks and then on days 1, 8 and 15 of each subsequent 28-day cycle in 31 patients compared with a literature review of those who received weekly paclitaxel.

Safety served as the primary endpoint, while the researchers also evaluated overall survival (OS), PFS and response rates among patients.

All of the women in the study had received a prior platinum-based chemotherapy, and 30 (97 percent) were given prior taxanes.

The researchers found no serious side effects related to Tumor Treating Fields. In particular, there was no increase in grade 3/4 side effects compared with those who received weekly paclitaxel.

In total, six patients experienced treatment-related dermatitis, which was expected, according to the researchers; however, only one patient permanently discontinued treatment from the dermatitis.

Median OS was not reached; however, median one-year survival in the Tumor Treating Fields-treated group was 61 percent. Seven patients (25 percent) experienced a partial response for a clinical benefit of 71 percent.

The median PFS was 8.9 months, 7 patients (25 percent) had partial response and the clinical benefit rate was 71 percent. The median overall survival was not reached: the one-year survival rate was 61 percent.

“These are encouraging results in a disease state that is very difficult to treat,” Eilon Kirson, M.D., Ph.D., Novocure’s Chief Science Officer and Head of Research and Development, said in the release. “We are now working to open INNOVATE-3, a phase 3 pivotal trial to further study Tumor Treating Fields for the treatment of recurrent ovarian cancer.”

This article was published by CureToday.