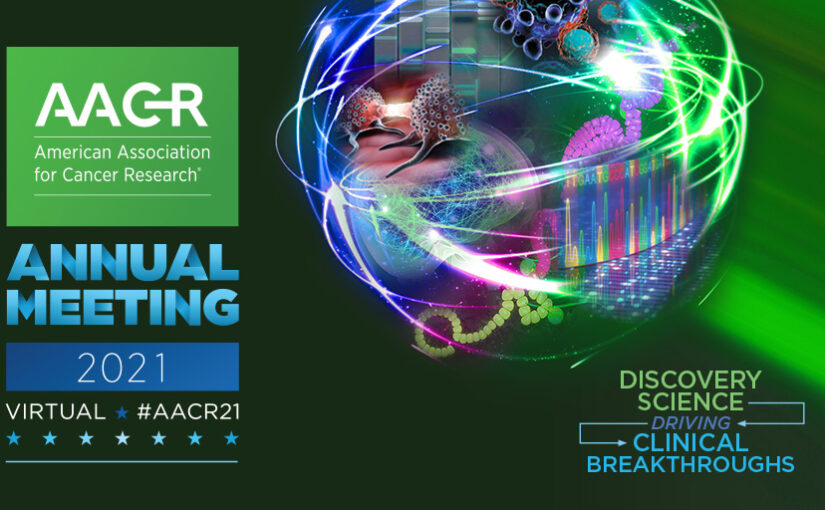 For patients with recurrent platinum-resistant epithelial ovarian cancer who were naïve to PD-1/PD-L1 inhibition, the combination treatment of tislelizumab plus sitravatinib showed early antitumor activity while maintaining a manageable safety profile.

For patients with recurrent platinum-resistant epithelial ovarian cancer who were naïve to PD-1/PD-L1 inhibition, the combination treatment of tislelizumab (BGB-A317) plus sitravatinib showed early antitumor activity while maintaining a manageable safety profile, according to data from a phase 1b trial (NCT03666143) presented during week 1 of the virtual AACR Annual Meeting 2021.

“Tislelizumab in combination with sitravatinib was generally well tolerated and had a manageable safety/tolerability profile in patients with anti–PD-1/PD-L1 antibody–naïve recurrent platinum-resistant ovarian cancer,” lead study author Jeffrey C. Goh, MBBS, FRACP, of Icon Cancer Centre in Brisbane, Australia, said in a presentation on the data. “The results from this phase 1b study support tislelizumab in combination with sitravatinib as a potential treatment option for patients with platinum-resistant ovarian cancer and further investigation is warranted.”

The frontline standard of care of patients with ovarian cancer is platinum-based chemotherapy with or without bevacizumab (Avastin). However, disease recurrence is frequent and almost all patients will become refractory or develop resistance to platinum-based treatment, according to Goh.

Findings from several early phase 1/2 trials have demonstrated the limited effectiveness of PD-1/PD-L1 immune checkpoint inhibitors when used as single agents in heavily pretreated patients with ovarian cancer. The estimated ORRs in these patients ranged from 10% to 15%, Goh said.

Tislelizumab, a humanized, anti–PD-1 monoclonal antibody, is designed to minimize binding to Fcγ receptor on macrophages to abrogate antibody-dependent phagocytosis, which can overcome the attack of normal lymphocytes by immune cells.

Sitravatinib is an oral spectrum-selective TKI designed to target TAM and split family receptor kinases in VEGFR/KIT. Inhibition of these receptors serves to reduce the number of myeloid-derived suppressor cells and regulatory T cells and increase the ratio of M1/M2 polarized macrophages; this could overcome an immunosuppressive tumor microenvironment and enhance antitumor responses.

For the phase 1b trial, investigators hypothesized that the combination of a PD-1 inhibitor and a TKI with immunomodulatory and antitumor components could result in enhanced antitumor activity.

The multicohort trial has been undertaken in several solid tumor indications. Cohorts A and B of the trial are examining the doublet in patients with nonsquamous non–small cell lung cancer (NSCLC) that was relapsed/refractory or naïve to PD-1/PD-L1 inhibition, respectively. Cohort C will include patients with renal cell carcinoma (RCC) that is relapsed/refractory to PD-1/PD-L1 inhibition, while cohort D will comprise Chinese patients with metastatic/advanced RCC without previous systemic treatment.

At the meeting, Goh shared data from the study regarding the use of the combination in cohort E, which was comprised of patients with recurrent platinum-resistant ovarian cancer who were naïve to PD-1/PD-L1 inhibitors.

To be eligible for enrollment, patients had to be at least 18 years of age, have histologically or cytologically confirmed advanced or metastatic unresectable solid tumors, an ECOG performance status of 0 or 1, and acceptable organ function. For cohort E, specifically, patients could not have platinum-refractory disease, nor could they have previously been exposed to a PD-1/PD-L1 agent.

Participants received intravenous tislelizumab at a dose of 200 mg every 3 weeks plus oral sitravatinib at a once-daily dose of 120 mg. Treatment was given until either disease progression, intolerable toxicity, death, withdrawn consent, or study termination.

The primary end point was safety and tolerability, while antitumor activity served as the secondary end point. Other exploratory objectives included pharmacokinetics and immunogenicity, potential pharmacodynamic biomarkers, and a retrospective analysis of PD-L1 expression.

The median age was 64 years (range, 26-80), the majority (80%) were White, and 57% had an ECOG performance status of 1. Seventy-three percent of patients had their primary tumor located in the ovary, while 12% had it in the fallopian tube, 8% in the peritoneum, and 7% in another area. The majority (95%) of patients had serous histology, while the rest had either mucinous (2%), endometrioid (2%), or clear cell (2%) disease.

Additional data indicated that responses were comparable across all subgroups analyzed. “However, patients who received more than 4 lines of therapy observed lower response rates compared with those who had received less than 3 prior lines of treatment,” Goh noted. “The same sample size in each group could be a confounding factor.”

In patients with tumor cell PD-L1 expression of 1% or greater (PD-L1 high), the median PFS was 4.1 months vs 4.2 months in those with tumor cell expression of less than 1% (PD-L1 low). The median OS in the PD-L1 high and low groups was 14.6 months and 11.8 months, respectively. “No significant difference was observed between the 2 groups, but the numbers are fairly small, and the follow-up is not mature,” Goh said.

“The association between PD-L1 expression and clinical efficacy are less clear due to small sample size in each subgroup,” Goh noted. “However, there was a trend toward a longer OS in patients with PD-L1 immune cell expression of more than 10%. Further investigation in future trials would be warranted to tease out this group.”

Additionally, the pharmacodynamic biomarker VEGF chemokine serum IP-10 increased following treatment. After treatment, increase of VEGF at cycle 2 day 1 and cycle 3 day 1 was observed, confirming the antiangiogenic properties of sitravatinib, Goh explained. The IP-10 level, which is involved in trafficking immune cells to inflammatory sites and mediating tumor regression, was also found to increase following treatment with the doublet.

“However, both biomarkers did not show any association with clinical response,” Goh said.

Ninety-seven percent of patients experienced at least 1 treatment-emergent adverse effect (TEAE) with tislelizumab/sitravatinib, and 68% reported an effect that was grade 3 or higher in severity. Seventy percent of patients had a serious TEAE with the doublet.

Additionally, 4 patients experienced a TEAE that resulted in death; these included 2 cases of dyspnea, respiratory failure, and malignant gastrointestinal obstruction, according to Goh. However, none of these effects were determined to be related to study treatment.

The most frequently reported any-grade AE with the doublet was diarrhea (67%), followed by nausea (57%), fatigue (48%), and hypertension (40%). The most commonly reported grade 3 or higher effects were hypertension and abdominal pain and these toxicities occurred in 18% and 12% of patients, respectively.