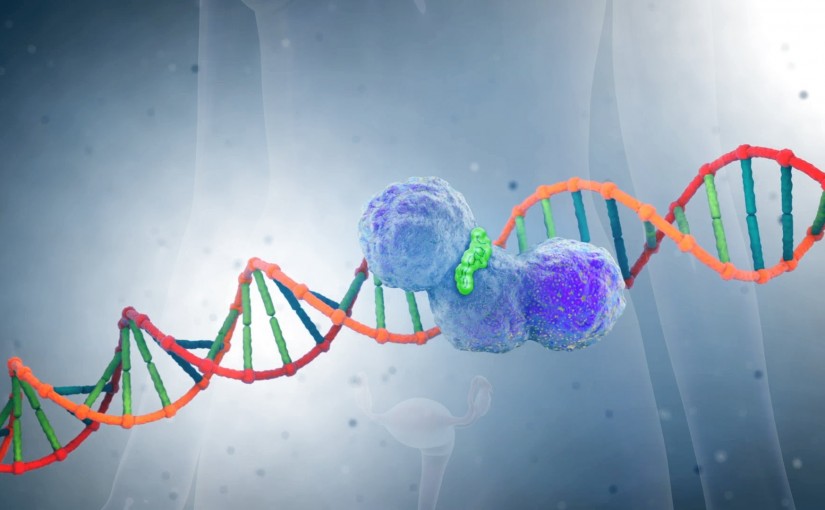 By Brielle Urciuoli
PARP inhibitors have made for new and exciting treatment options for ovarian cancer, but there is still much more work to be done, according to Dennis J. Slamon, M.D., Ph.D.

Slamon, who is the director of both Clinical/Translational Research and the Revlon/UCLA Women’s Cancer Research Program at Jonsson Comprehensive Cancer Center, sat down with OncLive, a sister publication of CURE, to discuss next steps and new discoveries in ovarian cancer.

“PARP inhibitors will lead the way, but the landscape is by no means restricted to PARP inhibition,” he said.

One frustration in this field, Slamon says, is that the treatments that are being used for ovarian cancer today are the same ones that were being used more than four decades ago.

“We need to come up with something more effective,” he added. “We are using the laboratory preclinical models to try and understand that and develop rational clinical trials based on that molecular information.”

Admittedly, though, the “hottest thing in ovarian cancer right now” is, of course, PARP inhibitors. These were initially developed – and appear to work well – for patients with BRCA mutations.

Now, it is time to determine how to best use these agents, according to Slamon.

“If you have full-dose PARP inhibition on board and you have knocked that pathway out with minimal DNA damage, you can have profound clinical impact on their tumor,” Slamon said. “You can also spare normal tissues.”

To date, PARP inhibitors have only been evaluated in the relapsed or refractory setting. Although, Slamon is hoping future studies will test these agents as a frontline therapy.

“It does not necessarily need to be moved to the initial disease setting, although it can potentially be moved there,” he said. “Now, it needs to be tested in the first-line recurrences, as opposed to giving our best approved standard care treatments because they have not resulted in a significant increase in cures.”

Looking even further ahead to the next five or 10 years, Slamon predicts that PARP inhibitors will be combined with cytotoxics, as well as combinations of novel targeted therapies.

“This means that we may have PARP and other targeted pathways where there is a clear molecular interaction. If we knock out both pathways, we can get very important synergistic effects,” Slamon said.

Some of these targets include ATM and ATR kinases, as well as CDK4/6 inhibitors. “There are some very interesting preliminary data with checkpoint inhibitors in combination with PARP. There are a lot of options that are happening out there,” Slamon said.

Regardless of what the treatment landscape may look like, patients with ovarian cancer ultimately need newer therapies.

“Ovarian cancer is a disease where we really need new therapeutic interventions,” Slamon said, mentioning that once a woman fails on chemotherapy, there are limited options for her. “There is going to be a lot that will begin to be put out there in the next 24 to 36 months, which will look pretty exciting.”