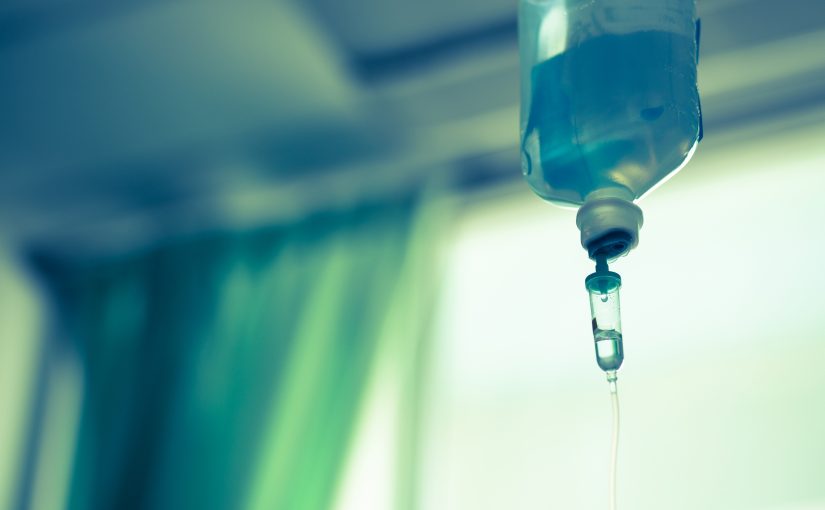 After a median follow-up of 7 years, the median progression-free survival (PFS) ranged from 25-27 months for two IP regimens and an intravenous comparator, all accompanied by bevacizumab (Avastin). Additional analyses showed no significant difference in PFS among the three treatments for patients with or without residual tumor after surgery.

Median overall survival (OS) ranged from 73-79 months and did not differ significantly among treatment groups, reported Joan L. Walker, MD, of the University of Oklahoma Health Sciences Center in Oklahoma City, and colleagues.

“The benefit of IP administration of chemotherapy was not evidence in this large randomized clinical trial,” they wrote in the Journal of Clinical Oncology. “The use of IP chemotherapy may still be an option in select patients who are homologous repair deficiency-positive with no gross residual disease, but the original dose and schedule [from an earlier study] should be considered in that case and may be used without bevacizumab.”

Originally reported at the 2016 Society of Gynecologic Oncology (SGO) meeting, results of the Gynecologic Oncology Group (GOG)-252 trial disappointed ovarian cancer specialists, who at the time remained undecided about the future of IP chemotherapy. Invited SGO discussant Gini Fleming, MD, of the University of Chicago, said, “In my mind, we don’t have the evidence to continue doing what we’re doing, unless we see some very positive data from the ongoing trials.”

Three years later, a compelling case for regular use of IP chemotherapy has yet to emerge.

“There are people who still feel there are benefits and that this study didn’t answer the question, and there are still believers in intraperitoneal therapy, but I don’t see evidence of it being widely used or as the most likely direction forward,” Fleming told MedPage Today.

Some ovarian cancer specialists still hold out hope that the ongoing iPocc randomized trial will provide a definitive answer about the role (if any) of IP chemotherapy, she added. The trial, which is nearing completion, compares an all-IV regimen of paclitaxel and carboplatin with an all-IP regimen in patients with newly diagnosed advanced ovarian cancer.

Enthusiasm for IP administration of chemotherapy for optimally debulked ovarian cancer came from results from the GOG-172 trial, which showed significant improvement in PFS and OS with IP versus IV cisplatin and paclitaxel. However, the IP regimen proved difficult to tolerate, as only 42% of patients completed the planned six cycles of therapy.

GOG investigators conducted several trials to identify an IP regimen that was less complicated, less toxic, and more feasible in the outpatient setting, as compared with the one evaluated in GOG-172. During this time, carboplatin and IV paclitaxel every 3 weeks emerged as the community standard, which was challenged by results of a Japanese Gynecologic Oncology Group study that showed better survival with weekly paclitaxel. Additionally, bevacizumab demonstrated activity in the patient population that enrolled in GOG-252.

Weighing all the evidence, investigators designed GOG-252 as a three-arm trial: IV carboplatin and paclitaxel; IV paclitaxel plus IP carboplatin; and IP paclitaxel and carboplatin. Patients in all three groups received bevacizumab, beginning with the second cycle of therapy. Initially, enrollment was limited to patients with stage II/III optimally resected disease. Investigators incorporated an exploratory objective that expanded enrollment to include patients with suboptimal stage III and stage IV disease.

Data analysis included 1,560 patients, 1,380 of whom had stage II/III ovarian cancer and residual disease ≤1 cm (optimal debulking). The trial had a primary endpoint of PFS, and OS was a key secondary endpoint. Neither PFS nor OS differed significantly between the control arm and either of the two arms that evaluated IP administration: