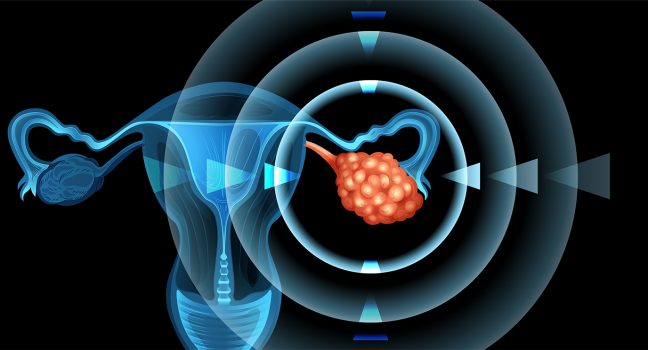 Inhibiting the JAK/STAT pathway could represent a potential treatment for high-grade serous ovarian cancer, according to a single-cell analysis.

While the researchers uncovered inter-patient variability in the makeup and function of the cells in the ascites samples, they also noted the shared expression of inflammatory programs. As they reported in Nature Medicine on Monday, the researchers further found that an inhibitor targeting the JAK/STAT pathway, which is expressed in both malignant and cancer-associated fibroblast cells (CAFs), had antitumor activity in cell cultures and patient-derived xenografts.

“Our work contributes to resolving the [high-grade serous ovarian cancer] landscape and provides a resource for the development of novel therapeutic approaches,” Regev and her colleagues wrote in their paper. Regev is slated to join Genentech as head of research and early development in August.

By analyzing the genes expressed, the researchers found that the makeup and functional programs of ascites cells varied from patient to patient. Droplet-based scRNA-seq revealed 18 different cell clusters, ranging from epithelial cells to macrophages and from cancer-associated fibroblasts to erythrocytes.

They noted further variation within macrophages and CAFs. Some CAF cell subpopulations expressed immune-related genes, suggesting an immunomodulatory role for them, while macrophages separated into groups that expressed HLA genes or complement factors.

They then confirmed this variability within the FACS-enriched sample, finding eight clusters, and that malignant cells clustered by patient of origin, underscoring the inter-patient variability.

For the malignant cells, the clusters lined up with two of The Cancer Genome Atlas subtypes. Six of the malignant cell custers expressed the differentiated signature and one expressed the proliferative signature. There was weak or no expression of the mesenchymal and immunoreactive signatures among the cancer cell clusters, but those signatures were found among the CAF and macrophage clusters. This suggests that bulk RNA profile-based subtypes reflect the tumor ecosystem, not solely cancer cells, the researchers noted.

Though the malignant cells exhibited diverse functions, as based on their expression programs, some programs were shared across patients. Three immune-associated programs in particular were shared among different patients: an inflammatory cytokines module, an MHC class II antigen presentation module, and an interferon-response module.

Taking into account that these programs may be downstream from the JAK/STAT pathway, that cells like the CAFs secrete ligands that activate the JAK/STAT pathway, and that parts of the JAK/STAT pathway appear to be highly expressed in malignant and non-malignant cells, the researchers explored the effect of a JAK/STAT inhibitor on these cells. Through a drug screen, they homed in on JSI-124 as an inhibitor of cell viability in an ovarian cancer cell line. Further, in patient-derived cell culture and xenograft models, JSI-124 additionally reduced disease burden, they reported.

“Together, these results suggest that JAK/STAT inhibition may be a potent therapeutic option for patients with HGSOC, through action on malignant cells, non-malignant cells, or both,” Regev and her colleagues wrote in their paper.

The researchers noted, though, that larger studies and studies of stratified clinical cohorts are needed.