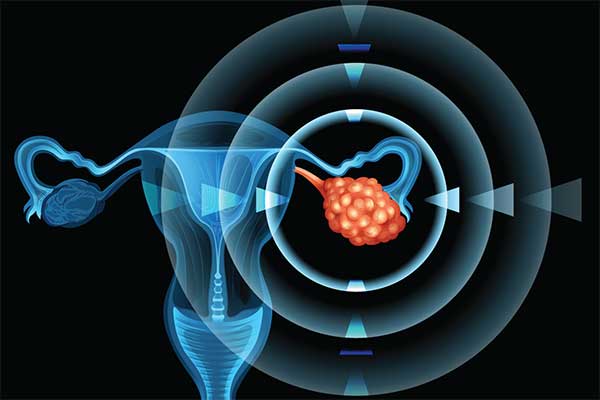 Patients with BRCA-mutant ovarian cancer had a median PFS of 4.3 months with olaparib versus 2.8 months with placebo, whereas the BRCA wild-type subgroup had median values of 5.3 and 2.8 months. Olaparib maintenance conferred a similar benefit for tumors exhibiting homologous recombination deficiency (HRD) and those without.

The safety and tolerability of olaparib were consistent with the profile observed during initial treatment with the PARP inhibitor, reported Eric Pujade-Lauraine, MD, PhD, of the ARCAGY-GINECO cooperative group in Paris, during the virtual meeting of the European Society for Medical Oncology (ESMO).

“In a heavily pretreated ovarian cancer population, rechallenge with maintenance olaparib following response to platinum-based chemotherapy provided a statistically significant improvement in progression-free survival compared with placebo, regardless of BRCA mutation status,” said Pujade-Lauraine. “In both BRCA-mutated and non-BRCA cohorts, a proportion of patients derived clinically relevant long-term benefit from maintenance olaparib rechallenge. In the non-BRCA cohort, patients appeared to benefit regardless of HRD status.”

The study included a total of 220 patients with relapsed, platinum-sensitive ovarian cancer, prior maintenance therapy with olaparib, and response to the most recent line of platinum-containing chemotherapy. The study population comprised 112 patients with BRCA-mutated disease and 108 without BRCA mutations.

Each group was randomized 2:1 to rechallenge with olaparib or placebo. The primary endpoint was PFS with a target hazard ratio of 0.50 in both cohorts.

The population was heavily treated, as about a third of patients had received four or more prior lines of platinum-based chemotherapy and almost half had exposure to three prior regimens.

In the BRCA-mutation cohort, olaparib rechallenge led to a 43% reduction in the PFS hazard versus placebo (95% CI 0.37-0.87, P=0.022). Pujade-Lauraine reported that 35% of patients randomized to olaparib were alive without disease progression at 6 months versus 13% for the placebo group, and the 12-month PFS was 19% with olaparib versus 0% for placebo.

Subgroup analyses of the two cohorts showed a consistent benefit of olaparib regardless of prior bevacizumab (Avastin) treatment, number of prior platinum-based regimens, complete versus partial response to most recent chemotherapy, or duration of PARP inhibitor maintenance therapy.

Olaparib was well tolerated, as a total of three olaparib-treated patients discontinued treatment because of adverse events.

The trial showed that PARP inhibitors are active in the post-PARP inhibitor setting, said ESMO invited discussant Clare Scott, MD, PhD, of the Peter MacCallum Cancer Center and University of Melbourne in Australia. All patients appear to benefit except those with extremely brief duration of prior PARP inhibitor treatment, she noted.

Additional studies are needed to identify patients who might benefit from alternative or PARP-inhibitor combination therapies, Scott continued. Disease progression tends to occur early, and translational studies would be helpful in determining characteristics associated with durable responses.