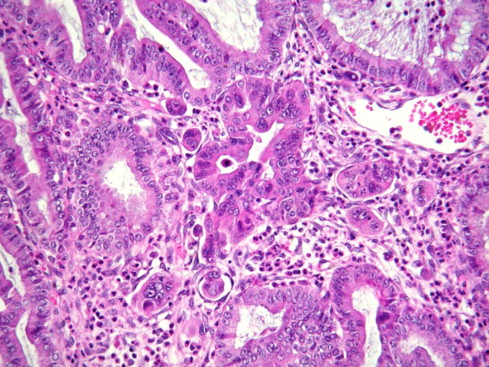 An international study led by Peter Mac has revealed the origin of mucinous ovarian cancer (MOC) confirming, unlike other types of ovarian cancer, this rare cancer is not seeded from elsewhere in the body.

The research provides new insights that could lead to a tailored treatment for MOC, which accounts for around 3% of all ovarian cancers. Importantly, the study found MOC is a true gynecological cancer and not a distant metastasis of a cancer that started elsewhere—like the pancreas, bowel or breast.

“Recently our understanding of ovarian cancer changed dramatically and we now recognize the ovaries can act like a sponge for roaming cancer cells,” says Dr. Kylie Gorringe who is a Group Leader in the Cancer Genomics Program at Peter Mac and senior author on this study.

“Some cancers masquerade as ovarian cancers when in fact they originated in other organs, and by identifying where these cancers come from we’ve been able to improve treatments and prevention.

“We still have a way to go before we have addressed this question for all types of ovarian cancers, especially the rarest forms, but in the case of MOC we have now confirmed this is not a metastatic tumor but it develops at the ovary from an early stage.”

The genetic events observed in MOC were compared to other tumors from many different tissue types, and this ultimately showed MOC as a unique cancer of the ovary. Benign and borderline mucinous ovarian tumors were also sequenced, revealing these were genetically related to MOC in a way that indicates MOC could have evolved from these less aggressive tumors.

MOC affects less than 80 women each year in Australia, and over 500 samples of MOC and related tumours had to be sourced from around the globe to complete this research.

Results of the study—titled “The molecular origin and taxonomy of mucinous ovarian carcinoma”—were published online this week in the high impact journal Nature Communications.

The analysis—which involved an international collaboration and sequencing DNA from hundreds of genes up to the whole genome—also revealed new potential therapeutic targets that could support a tailored treatment for MOC.

“Building on our study findings, there is a strong case to involve women with MOC in clinical trials of drugs already in development and which target solid tumors with genetic similarities to MOC,” Dr. Gorringe also says.

This includes drugs that target cancers with KRAS or TP53 mutations, and HER2 amplifications.