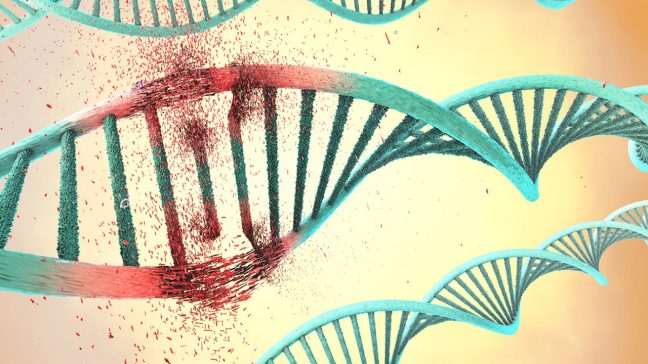 The combination of a poly (ADP-ribose) polymerase (PARP) inhibitor and immune checkpoint inhibition with tislelizumab was well tolerated and showed promising anti-tumor activity in a phase I trial of patients with multiple solid tumor types, according to a new study published in Lancet Oncology. Ovarian cancer was the most commonly represented tumor type in the trial.

“Non-clinical data have demonstrated a direct association between DNA damage and immune responses, which supports the combined use of checkpoint inhibitors and PARP inhibitors,” wrote study authors led by Michael Friedlander, MBChB, PhD, of the Nelune Comprehensive Cancer Centre at Prince of Wales Hospital in Sydney, Australia. “Tumors that respond to PARP inhibition might have an enhanced sensitivity to combined treatment with a PARP inhibitor and an anti-PD-1 antibody, and the efficacy and safety of the two drugs administered together deserves further investigation.”

The new phase 1a/b study included a total of 49 patients with solid tumors, including 34 with ovarian, fallopian tube, or primary peritoneal cancer. They were treated with a combination of the PARP 1/2 inhibitor pamiparib and the anti-PD-1 monoclonal antibody tislelizumab in several dose escalation cohorts.

The full cohort had a median age of 63 years, and 86% of patients were women. No tumor type other than ovarian cancer was represented in more than three patients; other tumor types included pancreatic, prostate, breast, bile duct, and others.

Another 16 patients (32%) had stable disease as their best response, for a disease control rate of 53%. Sixteen of the 34 ovarian cancer patients had a response or stable disease.

The most common treatment-emergent adverse events with the pamiparib-tislelizumab combination were nausea (63% of patients), fatigue (53%), diarrhea (35%), and vomiting (31%).

“The combination of pamiparib and tislelizumab exploits the potential accumulation of DNA damage resulting from PARP inhibition, which in turn might increase infiltration of immune cells into the tumor microenvironment, thereby increasing cancer cell killing,” the authors wrote. “Overall, the data presented support the continued investigation of pamiparib and tislelizumab, with close monitoring of liver function tests, in tumor-specific cohorts who are most likely to benefit from this combination therapy.”

In an accompanying editorial, Ulrik Lassen, MD, PhD, of Rigshospitalet in Copenhagen, noted that at least nine other trials are currently exploring the possibility of combining PARP inhibition with immune checkpoint inhibition, and he agrees that there is “strong rationale” for exploring these combinations.

“It is very encouraging that the safety and pharmacokinetic profiles of the combination in general were similar to the profiles of each drug when given as monotherapy and similar to other PARP inhibitors and checkpoint inhibitors,” Lassen wrote.