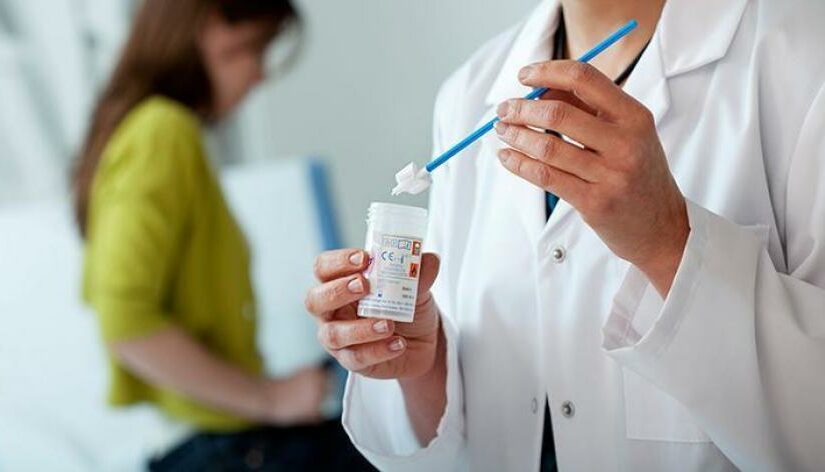 Residual fixatives from liquid-based Pap tests and cervical swabs contain tumor-specific biomarkers for ovarian cancer, according to an analysis of proteins found in matched biospecimens from a woman with high grade serous ovarian cancer.

The findings suggest that Pap test fluid or cervical swabs could be used to detect ovarian cancer biomarker proteins to allow for earlier detection of ovarian cancer, reported Kristin L. M. Boylan, PhD, assistant director of the Ovarian Cancer Early Detection Program at the University of Minnesota, Minneapolis, and colleagues.

The investigators examined the biospecimens from a 72-year-old woman diagnosed with metastatic high-grade serous adenocarcinoma that did not encompass the cervix. The Pap test, obtained prior to surgery, was negative for malignancy, but nearly 5,000 proteins were detected in the three matched biospecimens, including more than 2,000 that were expressed in each of them.

These proteins included several known ovarian cancer biomarkers, such as CA125, HE4, and mesothelin, the investigators noted.

The findings were published online Feb. 9 in Clinical Proteomics.

“Our data demonstrate that ovarian cancer biomarkers can be detected in Pap test fluid or a cervical swab by MS-based proteomics,” they wrote. “In addition to identifying multiple known biomarkers, over 2,000 proteins were detected in all three biospecimens, suggesting a potential role for novel biomarker discovery.”

The findings are notable, because while early detection of ovarian cancer increases survival, an adequately sensitive and specific screening tool for use in the general population is lacking, they explained.

Pap test screening is widely accepted, suggesting that developing it as a screening tool for both cervical and ovarian cancers could improve testing for this “lethal but elusive disease,” they added, concluding that “[W]hile our samples were from a single patient, the results are proof of concept: that Pap test fluid or cervical swabs could be used for detection of ovarian cancer biomarker proteins, and this approach warrants further investigation.”

Senior author Amy Skubitz, PhD, professor and director of the Ovarian Cancer Early Detection Program, stated in a press release that she “sees an opportunity for this method to be translated into a self-administered, at-home test, where swabs could be collected by women at home and sent to a central laboratory for analysis of proteins that would diagnose ovarian cancer.”

However, next steps include using quantitative mass spectrometry to determine if the proteins or peptides identified in this analysis are detected at higher levels in ovarian cancer Pap tests or swabs compared to controls.

“Their presence alone is not sufficient for diagnosis,” she stated.

This study was supported by the Minnesota Ovarian Cancer Alliance, the Cancurables Foundation, Charlene’s Light: A Foundation for Ovarian Cancer, and the Department of Defense Ovarian Cancer Research Program Pilot Award. The authors reported having no disclosures.

This article was published by MDEdge.