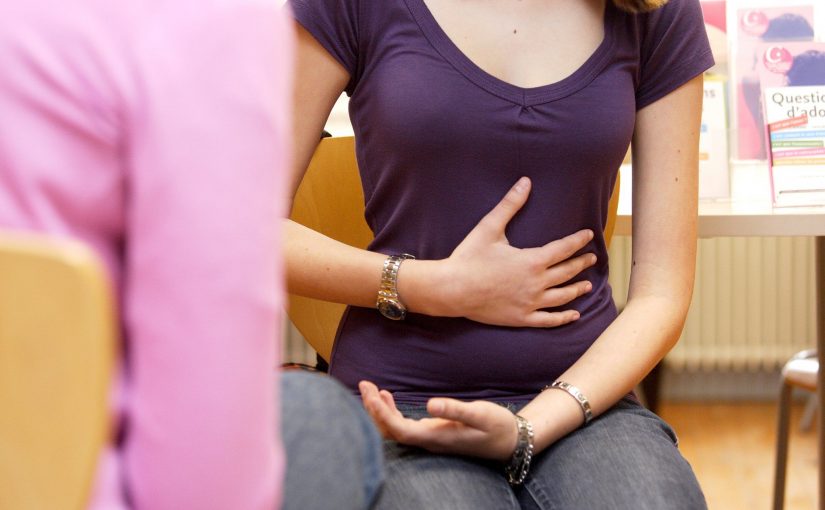 This is the finding of new research, by a team of international scientists from institutions including Imperial College London and KU Leuven, published in The Lancet Oncology.

The two-year study followed 1919 women from 10 different countries, including the UK, Belgium, Sweden and Italy, who were diagnosed with non-cancerous ovarian cysts.

Ovarian cysts are fluid-filled sacs that develop on a woman’s ovary. They’re very common and usually don’t cause any symptoms. However, in some cases they can trigger pelvic pain and bloating.

Doctors refer patients with these symptoms for ultrasound scans, where the cysts are classified as benign (non-cancerous), or cancerous tumours. In the event of suspected cancer, the cysts are always removed and analysed.

In the case of cysts that are thought to be benign, women are still often recommended to have the cysts surgically removed. This is because it has been thought that there is a risk of serious complications such as the cyst bursting, or causing the ovaries to twist. There have also been concerns that benign cysts may “turn cancerous” if left in place or that a cyst may have been misclassified at the initial ultrasound scan.

However, an alternative to surgery is so-called ‘watchful waiting’, where doctors do not remove the cysts, but monitor their size and appearance with regular ultrasound scans. This is because many cysts shrink and disappear or do not change over time.

Opinion is still divided on watchful waiting, with many doctors across the world believing benign cysts should be surgically removed in the majority of cases.

This latest study is the largest to date on the ‘watchful waiting’ approach, which followed nearly 2,000 women as they were scanned in the years after a benign cyst diagnosis.

Out of the 1919 women in the trial, one in five (20 per cent) had cysts that disappeared of their own accord, and 16 per cent underwent surgery. Overall, in 80 per cent of case either the cyst resolved or did not need intervention. The average age of the women in the study was 48, and the average size of the cyst was 4cm.

Only 12 women were subsequently diagnosed with ovarian cancer, making the risk of cancer 0.4 per cent. However, the researchers caution this may be due to the tumours being initially misdiagnosed as non-cancerous on the initial ultrasound scan, rather than a benign cyst turning cancerous.

The rate of other complications, such as ovarian twisting or cyst rupture was 0.4 per cent and 0.2 per cent respectively.

The research team say these risks must be assessed alongside the risks of surgical removal. The risk of complications, such as bowel perforation, for surgical removal of cysts among women aged 50-74 is between 3 and 15 per cent.

Professor Dirk Timmerman, lead author from KU Leuven explained: “Despite these surgical risks being small, if the women in this age group underwent surgery in our study then we could speculate that 29 to 123 of them could have suffered severe surgical complications. Instead, only 96 of them underwent surgery, which means severe complications may have been avoided in between 29 to 123 women.”

Professor Tom Bourne, lead researcher from Imperial College London said this study suggests watchful waiting is suitable for most women when an ovarian cyst is initial classified as being benign: “Our results may lead to a paradigm shift resulting in less surgery for non-cancerous ovarian cysts – on condition that trained ultrasound examiners reliably exclude cancer.”

This article was published by EurekAlert!