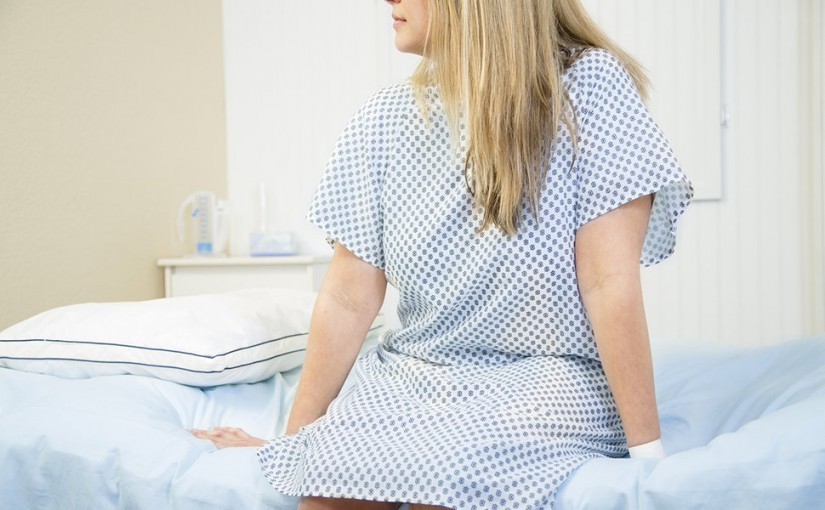 For most women, the risk of developing ovarian cancer is low – only about 1.3 percent will get that diagnosis in their lifetime, according to the National Cancer Institute. Unfortunately, however, ovarian cancer often isn’t caught at early stages, making it harder to treat. Unlike breast cancer, women do not undergo routine screening for ovarian cancer. So it’s important to know the early signs of the disease and when possible, take steps to prevent it. At certain stages in their lives, women can make significant choices to reduce their ovarian cancer risk.

Women take birth control pills to prevent pregnancy, but they could also be protecting themselves from ovarian cancer. Over a decade, ovarian cancer deaths decreased worldwide – with the greatest drop in the U.S. – largely due to oral contraceptive use, according to a study released Tuesday in the Annals of Oncology.

As early as 1992, a large review of studies found that a woman’s risk of ovarian cancer decreased the longer she took oral contraceptives, for up to five years of use. Even so, this advantage is not always discussed.

“It is not well-known among women in the general population and also physicians that the oral contraceptive decreases ovarian cancer risk by 50 percent,” says Dr. Karen Lu, chair of the department of gynecologic oncology at the MD Anderson Cancer Center in Houston. “It really cuts your risk in half. So it’s really one of the most effective prevention strategies that we have.” While even one year on the pill likely provides some protective benefit, she says, three to five years is ideal.

That doesn’t mean women should automatically choose the pill over other birth control methods such as intrauterine devices or hormonal injections. “There are multiple factors that need to be considered,” Lu says.

“Whenever you talk about estrogen supplementation orally, it gets complicated because of the strong concerns about the risks of breast cancer,” says Dr. Don Dizon, an expert in ovarian cancer for the American Society of Clinical Oncology. “Part of what we need to do is be very precise when we talk about risk-reducing strategies.”

For women who are concerned about reducing ovarian cancer risk, birth control pills can do so, says Dizon, who is the clinical co-director of gynecologic oncology at Massachusetts General Hospital Cancer Center. “It’s one of the things that I make a point of talking about, especially to the daughters of my patients who have ovarian cancer,” he says.

It’s an individualized decision, Dizon stresses. “Birth control pills are not without their own side effects,” he says, like a possible increase in the risk of blood-clot formation for some women. But in general, for women who are interested in anything they can do to reduce their risk of this disease, he says, “[oral contraceptives] probably make more sense.”

Knowing your family’s medical history is a cornerstone of ovarian cancer prevention, Lu says. “And knowing that if you have a family history of young breast cancer or ovarian cancer, then you want to have a conversation about whether genetic testing is right for you,” she adds.

Angelina Jolie is the poster child for making difficult medical decisions to prevent ovarian cancer. The realization that three close female relatives died of cancer, combined with blood testing that revealed Jolie carries the BRCA1 gene mutation, informed her choices. In March 2015, Jolie announced she had undergone preventive surgery to remove her ovaries and fallopian tubes after a blood test showed possible early signs of cancer. Previously, Jolie had a double mastectomy to prevent breast cancer.

“Depending on your risk, we would want you to think about different strategies,” Lu says. “The highest-risk groups are those individuals who have a BRCA mutation. With those individuals, we are going to say, ‘We strongly recommend that you have your ovaries and fallopian tubes removed by 40 for BRCA1 and by 45 for BRCA2.'”

Having the ovaries removed is the only way to prevent ovarian cancer, Dizon says. “That is a very drastic step we only reserve for women at the highest risk of getting the disease through a genetic mutation such as BRCA.” says Dizon, who also emphasizes the need for women to know their family history.

“Oftentimes we can find those women at increased risk through their families. And we can use Ovarian Cancer Awareness Month [September] as a call to make sure that they talk to their relatives or try to find out, ‘What is my family history of cancer?’ That can be incredibly useful, especially as we are coming to identify even more genes associated with cancer risk, not only for ovary but even for breast,” Dizon says.

A woman who does not carry the BRCA gene mutation but whose mother had ovarian cancer would be at moderate risk for the disease, Lu says: “In those women, we would talk about oral contraceptives as a good strategy.”

A slightly higher risk for ovarian cancer has been found among women who have not had children. According to the American Cancer Society, women who’ve carried a pregnancy to full term before age 26 are at lower risk, which drops further with each full-term pregnancy. Breast-feeding may reduce ovarian cancer risk as well.

“We know that clinical exams aren’t that sensitive at picking up ovarian cancer,” Lu says. “We do emphasize that women who have symptoms such as bloating or increased abdominal girth, change in their bowel habits, change in their bladder habits – while ovarian cancer is not the most likely cause, it’s important for women to have a consultation with their doctor and say, ‘Could this be ovarian cancer?’ so it could be ruled out.”

Women need to pay attention their bodies, Dizon says. “That abdominal pain that doesn’t go away in a couple of weeks – that’s not something you should wait another week to see if it gets better,” he says. “The fact that even without changes in diet, your pants are getting tighter, that sense of bloating, is not something patients should sit on. So earlier detection of symptoms may contribute a lessened delay in diagnosis.” Detecting cancer while it’s concentrated in the pelvis, for instance, rather than involving the entire abdomen, might allow a woman to have more effective treatments.

This article was published online by U.S. News & World Report. To read the entire article on The Clearity Portal, please click here.