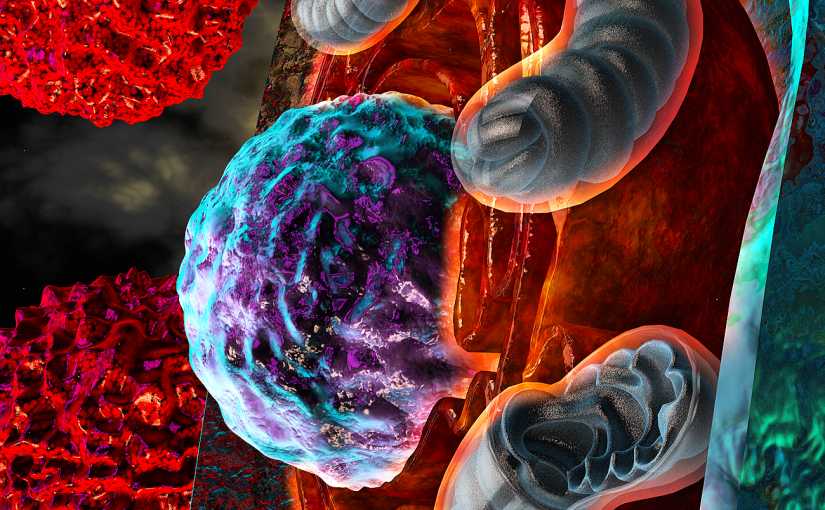 Ovarian tumors disable the immune system’s killer T cells—which protect the body by destroying infected or malignant cells—enabling the disease to flourish unchecked, according to a new study by Weill Cornell Medicine scientists. The findings show that adverse conditions within ovarian tumors cause detrimental stress responses in T cells, a process that paralyzes them.

The study, published Oct. 10 in Nature, shows that ovarian cancer inhibits the T cells’ activity by disturbing the equilibrium of their endoplasmic reticulum (ER), the cellular component that is responsible for assembling proteins. This renders the T cells unable to seek and destroy tumor cells and may explain why ovarian cancers don’t respond well to current immunotherapies such as checkpoint blockade, which acts to release some of the common brakes that impede T cell function in cancer. However, experiments using T cells collected from human ovarian tumors, as well as in mice with ovarian cancer, showed that turning off this stress response pathway allows the immune system to better fight the tumors.

“This uncovers a new mechanism of immune suppression in ovarian cancer,” said Dr. Juan Cubillos-Ruiz, the William J. Ledger, M.D., Distinguished Assistant Professor for Infection and Immunology in Obstetrics and Gynecology and a member of the Sandra and Edward Meyer Cancer Center at Weill Cornell Medicine. “Our findings indicate that tumors provoke sustained ER stress responses in T cells as a mechanism to escape immune control.”

Ovarian cancer is notoriously aggressive and hard to treat, evading even the most cutting-edge therapies. T cells reach ovarian tumors, but once they arrive they quickly are rendered unable to kill cancer cells; until now scientists weren’t entirely sure why.

“Something very peculiar is happening in these ovarian tumors that prevents the immune system from mounting an effective defense,” said Dr. Cubillos-Ruiz, who is also a scientific co-founder and advisor of Quentis Therapeutics, a biotechnology company pursuing next-generation immuno-oncology research and drug development.

Previous studies have shown that the tumors starve the T cells of glucose, their main source of energy. Under these circumstances, cells should be able to turn to an alternative energy source called glutamine. But Dr. Cubillos-Ruiz and his team, including first author Dr. Minkyung Song, a postdoctoral associate in obstetrics and gynecology, found that something also happens to the T cell’s ER that shuts off the cell’s access to glutamine.

When they examined T cells in ovarian cancer specimens collected from patients at Weill Cornell Medicine and Memorial Sloan Kettering Cancer Center, they discovered that the particularly harsh conditions in these tumors altered the ER’s normal function. In this environment, the T cells cannot import glucose, which is a nutrient necessary for the ER to engage in protein glycosylation, a key step in protein folding and function in the cell. This provokes misshapen proteins to pile up in the ER and turns on stress responses driven by the IRE1α-XBP1 pathway. When this pathway is chronically turned on in the absence of glucose it becomes harmful to the T cells as it prevents the use of glutamine as a potential energy source.

“Instead of providing an advantage to the T cells, this arm of the ER stress response shuts them down within the tumor,” Dr. Cubillos-Ruiz said.

The investigators then looked at what happens to the course of ovarian cancer in mice that were genetically engineered to lack the IRE1α-XBP1 pathway in T cells. In these mice, the T cells were better able to fight the tumors and the rodents survived longer than normal mice with ovarian cancer. Next, they exposed human T cells to malignant fluid collected from patients with ovarian cancer, and treated the cells with a small-molecule inhibitor that shuts off IRE1α-XBP1. Halting this pathway allowed the T cells to use glutamine as an alternative energy source and regain their normal activity.

The team’s next step will be to test if drugs that block IRE1α-XBP1 can enhance the effects of current immunotherapies, such as checkpoint blockade. This new information might also be useful to improve the efficacy of emerging cellular immunotherapies, in which cancer-reactive T cells are isolated from the patient, reengineered in the laboratory using molecular biology techniques, and then transferred back into the patient.

“Understanding how chronic stress signals suppress T cell function within tumors is going to be extremely important,” Dr. Cubillos-Ruiz said, “particularly for developing the next generation of immune-based treatments for cancer.”

This article was published by Weill Cornell Medicine.