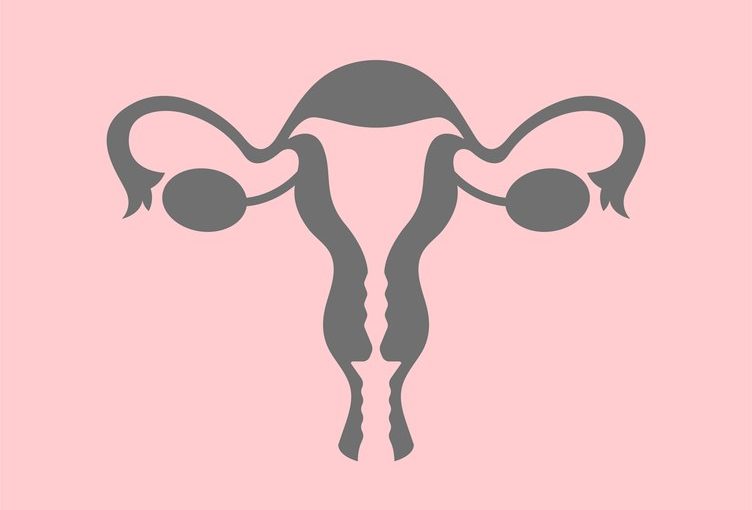 Ovarian cancer is one of those diseases you probably assume you’re being screened for when you go to your well-woman exams, but that’s not really the case. Ovarian cancer screening, in fact, isn’t recommended at all for women at average risk for the condition, but that’s not something that most people know.

The whole topic even caused some confusion on daytime television recently, when Grey’s Anatomy star Ellen Pompeo gave some questionable advice about ovarian cancer screening on the The Ellen DeGeneres Show this week. On the show, DeGeneres auctioned off a Starbucks date with Pompeo (with the proceeds going toward breast cancer research). One of the audience members who won said that she had a loved one who passed away from ovarian and breast cancer. Then, Pompeo took the mic and shared her advice.

All of that sounds good in theory, and Pompeo no doubt meant well, but this advice actually isn’t backed by medical organizations.

There are actually no recommended screening tests for ovarian cancer in people who don’t have symptoms and don’t have an increased risk of developing the condition.

To clarify, a screening test is what’s used to detect disease in people with no symptoms. According to the American Cancer Society (ACS), there are “no reliable screening tests” for ovarian cancer at this time for women who have no symptoms and are not considered high-risk.

Ovarian cancer is a scary disease—it affects about 20,000 women in the U.S. each year, according to the Centers for Disease Control and Prevention (CDC). Unfortunately, only about 20 percent of cases are caught in the early stages, according to the ACS. So it makes sense that we would all want to know how to get screened for this condition so that we could discover it and treat it as early as possible. Unfortunately, the science isn’t there yet.

The ACS points out that manual pelvic exams may be helpful, although ovarian cancers would be very difficult to feel with this test. “When you do a pelvic exam, you’re inserting a finger into the vagina, pushing down from above, and basically feeling for an obvious mass, thickening, or extreme tenderness,” Steve Vasilev, M.D., gynecologic oncologist and medical director of Integrative Gynecologic Oncology at John Wayne Cancer Institute at Providence Saint John’s Health Center in Santa Monica, California, tells SELF. “It’s very inaccurate. You’re just kind of squeezing together the uterus and ovaries. It’s hard to detect a smaller mass.”

The two tests used most often to detect ovarian cancer are a transvaginal ultrasound (which looks at a woman’s uterus, fallopian tubes, and ovaries by putting an ultrasound wand into her vagina) and the CA-125 blood test (which measures the amount of a protein called CA-125 in the blood, which is elevated in many women with ovarian cancer), the ACS says. Unfortunately, both of these are flawed when it comes to screening the general population.

While a transvaginal ultrasound can help find a mass on a woman’s ovary, it can’t tell whether that mass is cancerous or benign (i.e. noncancerous), according to the ACS. And, the organization adds, when transvaginal ultrasounds are used for screening, most of the masses found are not cancerous. The CA-125 blood test also isn’t perfect. More common conditions like endometriosis and pelvic inflammatory disease can also cause high levels of CA-125, which could lead to other unnecessary tests, the ACS says. Not only that, not everyone who has ovarian cancer has a high CA-125 level.

Asking for a transvaginal ultrasound or blood test when you’re at an average risk for ovarian cancer isn’t the best idea.

And, while insurance will likely cover some of this, it may not cover all of it if your coverage isn’t great.

So, who should be tested for ovarian cancer?

Women who are considered higher risk generally include those with inherited gene mutations like BRCA1, BRCA2, and those associated with Lynch syndrome. Your risk may also be increased if you have a family history of ovarian cancer, if you’ve undergone estrogen hormone replacement therapy (especially over a long period of time and in large doses), and if you started your period at an early age or start menopause at a later age, the Mayo Clinic says. In general, if a woman has a genetic predisposition to ovarian cancer “it is reasonable to consider some type of screening, and then have a consultation with a doctor to interpret the results,” Dr. Cohn says. “There are still a lot of false positives, but if the probability of there being an actual cancer is present, it’s more likely to be effective.”

If you have any of the risk factors for ovarian cancer, talk to your doctor about your screening options. They may want to have you undergo genetic testing and plan out next steps from there, Dr. Cohn says. If you’re at a very high risk of ovarian cancer, your doctor may also recommend that you have a bilateral salpingo-oophorectomy (having your ovaries and fallopian tubes removed) along with a hysterectomy after you’re done having children, Dr. Rubin says.

Your doctor may also order those previously mentioned tests if you report any new symptoms of ovarian cancer, especially if they don’t go away.

As you can see, knowing the signs and symptoms of ovarian cancer is incredibly important.

The symptoms of ovarian cancer can be subtle, but the most common ones include bloating, pelvic or stomach pain, trouble eating or feeling full quickly, and having urinary symptoms like feeling like you always have to pee or having to pee often, the ACS says. This is a little tricky because these symptoms can also be caused by other benign diseases. But when they’re caused by ovarian cancer, they’re usually persistent (such as having them more than 12 times a month) and a change from your normal, the ACS says. If that describes you, it’s a good idea to see your doctor to get checked out.

If you have any of the risk factors for ovarian cancer, talk to your doctor about your screening options. They may want to have you undergo genetic testing and plan out next steps from there, Dr. Cohn says.