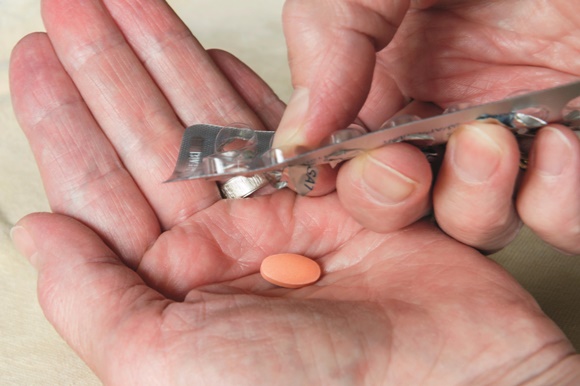 All histologic types of ovarian cancer risk lowered in statin versus non-statin users.

Women who started taking a statin at the age of 50 or older had a significantly lower risk of developing any histologic type of ovarian cancer over the next decade than non-statin users did, according to a large, case-control study.

The study by Daniel Cramer, MD, of Harvard Medical School in Boston, and colleagues also found that the effect was independent of use of any other concomitant medication.

The analysis, published in the International Journal of Cancer, compared 2,040 women with epithelial ovarian cancer (EOC) and 2,100 women without the disease, and found that the risk of ovarian cancer was 32% lower among statin users compared with those who did not use a statin (OR 0.68; 95% CI 0.54-0.85).

“To our knowledge, this is the first population-based case-control study to report a reduced risk for EOC, along with its major histologic subtypes, associated with statin use,” the investigators wrote.

“We think it is noteworthy that the reduction in risk was seen within a decade of [statin] introduction, with relatively short-term use,” the team added.

The New England Case Control (NEC) study enrolled participants in three time periods: 1992-1998, 1998-2002, and 2003-2008. “The participants were asked if they ever used statins for at least 6 consecutive months … age at first use of statins, type and quantity, and the duration of use,” the researchers noted. The dose consumed by statin users was determined by recording the number of tablets women took over a specific time period and whether or not the statin was lipophilic or hydrophilic.

“No association between statin use and ovarian cancer was seen in women who began use before age 50,” the team cautioned.

The reduction in ovarian cancer risk was also most apparent among women who had taken a statin for 2.o to 4.9 years, but the benefit was apparent for all invasive cancers as well as for both early and late-stage disease.

Asked by MedPage Today if he was surprised by the effect statins had on ovarian cancer risk, Cramer said no, though he was still impressed with the magnitude of risk reduction seen in this study. He noted that earlier research in patients at very high risk for either esophageal or colorectal cancer had also shown that statin use significantly reduced the risk of both of these cancers compared with non-statin use.

“We’ve speculated on various ways statins might derive this benefit, and one way is that they would certainly reduce the amount of estrogen formed from precursors of estrogen in the fat,” Cramer suggested. He also pointed out that since cholesterol has a key role in activating inflammation and angiogenesis, reducing cholesterol with statin use may well block both of these pathways. In addition, he said, the 32% reduction in ovarian cancer risk seen with statin use is relatively similar to the effect observed with oral contraceptive use or tubal ligation.

Thus, for postmenopausal women at high risk for ovarian cancer, Cramer said statin use might be considered as a means for reducing this risk, although the same does not hold true for either premenopausal women or women harboring the BCRA 1 or 2 mutation: “If a woman knows she has either of these mutations, she really needs to be very closely followed by her gynecologist or oncologist,” Cramer cautioned.

“But for postmenopausal women at high risk for ovarian cancer, it does make some sense,” he added.

The study was sponsored by the National Institutes of Health.