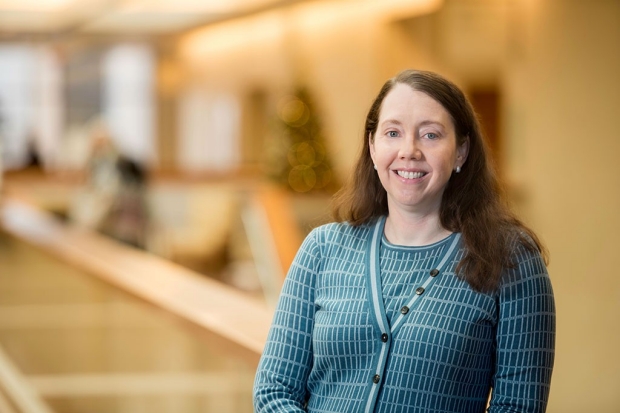 A large study of women with breast and ovarian cancer has revealed significant gaps between national guidelines for genetic testing and actual testing practices, according to researchers from Stanford and five other institutions.

Fewer than a quarter of breast cancer patients and a third of ovarian cancer patients diagnosed between 2013 and 2014 in two states underwent genetic testing for cancer-associated mutations, according to a study by researchers at the Stanford University School of Medicine and several other organizations.

The findings indicate that substantial gaps exist between national guidelines for testing and actual testing practices. In particular, the findings show that too few women with ovarian cancer are tested for the presence of mutations that could be used to guide health care decisions.

The study looked at about 83,000 women diagnosed with breast or ovarian cancer in California and Georgia in 2013 and 2014.

“We initiated this study — the largest population-based study of multigene testing in breast and ovarian cancer patients — because we wanted to see what cancer genetic testing and results looked like in the real world,” said Allison Kurian, MD, MSc, associate professor of medicine and of health research and policy at Stanford. “Now we can see that women with ovarian cancer are dramatically undertested. We also learned that between 8 and 15 percent of women with breast or ovarian cancer carry cancer-associated mutations that could be used to drive care decisions and influence family members’ health care and screening choices.”

Kurian shares lead authorship of the study, which was published online April 9 in the Journal of Clinical Oncology, with Kevin Ward, PhD, MPH, assistant professor in epidemiology at Emory University. Lynne Penberthy, MD, MPH, associate director for the National Cancer Institute’s Surveillance Research Program, and Steven Katz, MD, MPH, professor of medicine and of health management and policy at the University of Michigan, are co-senior authors.

Researchers have known for decades that inherited mutations or variations in certain genes, notably BRCA1 and BRCA2, increase the risk of developing breast and ovarian cancers. Genetic tests for mutations in BRCA1 and BRCA2 have been available for several years. But since 2013, genetic tests have incorporated many more potential cancer-susceptibility genes, and results have become much more complicated.

“Integrating genetic counseling and testing into the management of cancer after diagnosis has become much more challenging for patients and their clinicians,” Katz said.

National guidelines recommend that all women with the most common type of ovarian cancer be tested for the presence of cancer-associated mutations; guidelines for testing breast cancer patients have been less expansive. Although the guidelines for genetic testing have expanded to include more patients diagnosed with breast or ovarian cancer and the more extensive multigene panel tests, it’s not been clear to what degree these guidelines are followed in real-world clinical settings. Furthermore, the prevalence of known cancer-associated mutations in breast and ovarian cancer patients who are racial or ethnic minorities, as well as in the overall population, is unknown.

For the study, the researchers tapped the National Cancer Institute’s Surveillance, Epidemiology and End Results Program, which tracks cancer diagnoses and outcomes in large populations across the United States. They linked data on cancer cases in California and Georgia with data from four laboratories conducting the majority of cancer genetic testing from 2013 to 2014. They found that only 24.1 percent of 77,085 women diagnosed with breast cancer and 30.9 percent of 6,001 diagnosed with ovarian cancer underwent any genetic testing.

The researchers also observed disparities in testing, particularly among ovarian cancer patients. Although nearly 34 percent of non-Hispanic white women were tested, only about 22 percent of black women and 24 percent of Hispanic women were tested. Income and insurance status played a role in the prevalence of testing among women with ovarian cancer from all racial and ethnic groups, the researchers found. About 20 percent of patients with Medicare were tested compared with about 34 percent of patients with other forms of health insurance. Testing prevalence decreased to about 20 percent in areas where residential poverty equaled or surpassed 20 percent, and it was about 38 percent in regions where the poverty level was less than 10 percent.

The researchers found that among women with breast cancer in the study who underwent testing for a panel of guideline-designated genes, the prevalence of mutation variants of unknown significance was much higher in minority patients: 28.5 percent, 26.6 percent and 19.3 percent in African-American, Asian and Hispanic patients, respectively, versus 14.5 percent in non-Hispanic whites. The prevalence of pathogenic variants also varied along racial and ethnic lines.

“These differences underscore the need to improve the clarity of genetic test results, especially for racial or ethnic minority patients,” Kurian said.

Kurian is a member of the Stanford Cancer Institute.

Researchers from Information Management Services Inc. and the University of Southern California, as well as other researchers from the National Cancer Institute, also contributed to the work.