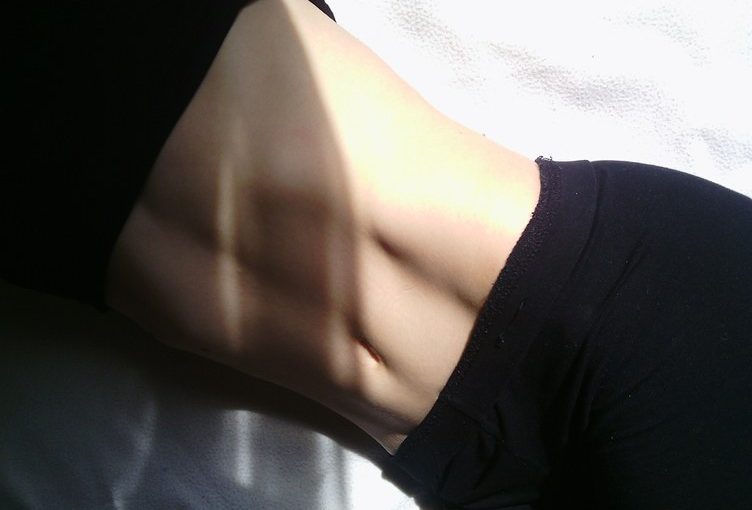 Here’s what to know—and how to try to protect yourself.

Finding out that you or someone you love has any kind of cancer is disorienting, frightening, and generally a hellish experience. This is pretty typical no matter the type of cancer you’re dealing with.

But if you look at data on different kinds of cancer, you’ll start to see that some, like ovarian cancer, tend to be more lethal than others. In fact, ovarian cancer is the deadliest cancer of the reproductive system in people with ovaries in the United States. By the end of 2018, around 22,240 people will have received a new ovarian cancer diagnosis, and the disease will kill around 14,070 people, according to the American Cancer Society (ACS).

For comparison, although endometrial cancer (the most common reproductive cancer in people with ovaries) is diagnosed almost three times as often, it will kill almost 3,000 fewer people by the end of 2018, the ACS says. What’s going on here?

An ovarian cancer diagnosis is not a death sentence. But the prognosis typically depends on when the cancer is detected.

The five-year relative survival rate for all types and stages of ovarian cancer is 47 percent, according to the ACS. A relative survival rate compares people who have cancer with those in the general population, so this means that people with any type of ovarian cancer are about 47 percent as likely as people without it to live for at least five years after being diagnosed.

But in people diagnosed before the cancer spreads outside the ovary, that relative survival rate jumps to 92 percent—a significant and promising difference. The problem is that only 15 percent of all ovarian cancers are diagnosed this early, according to the ACS.

Unfortunately, the early symptoms of ovarian cancer often go unnoticed, if they even show up at all.

“Ovarian cancer is often diagnosed later in the disease progress, which leads to a lower rate of cure,” David Cohn, M.D., a gynecologic oncologist and chief medical officer at The Ohio State University Comprehensive Cancer Center – Arthur G. James Cancer Hospital and Richard J. Solove Research Institute, tells SELF. “This may be due to the fact that many of the signs and symptoms of early ovarian cancer may be hard for patients or their providers to recognize.”

Those symptoms generally include abdominal bloating or swelling, feeling full quickly when you eat, unexplained weight loss, discomfort in the pelvis, changes in bowel habits (like becoming constipated), and a frequent need to pee, the Mayo Clinic says.

Unfortunately, these are vague symptoms that can also be caused by so many other, more common conditions, Mitchel Hoffman, M.D., a gynecologic oncologist at Moffitt Cancer Center, tells SELF. (Or even just life habits, like often eating things that make you feel bloated.)

Couple that with the fact that some people don’t experience any symptoms of this cancer at all, and it’s tough to diagnose ovarian cancer early. “By the time people realize something is wrong, the disease is usually advanced,” Dr. Hoffman says.

Another issue: There is no reliable or widely recommended screening method for ovarian cancer.

“There’s nothing like the Pap test for cervical cancer or mammogram for breast cancer to screen for ovarian cancer,” Stephen Rubin, M.D., chief of the Division of Gynecologic Oncology at Fox Chase Cancer Center, tells SELF.

The two tests most often used to detect ovarian cancer are a transvaginal ultrasound (which looks at a person’s uterus, fallopian tubes, and ovaries via an ultrasound wand that goes into the vagina) and a CA-125 blood test. This measures the amount of a protein called CA-125 in the blood that can increase due to ovarian cancer, the ACS says.

However, both of these methods are flawed when it comes to screening people at normal risk of developing ovarian cancer. The transvaginal ultrasound can see masses but can’t tell if they’re benign or cancerous. In fact, most masses this form of screening discovers are not malignant, the ACS explains. A transvaginal ultrasound is also not going to detect tiny changes in the ovaries before cancer cells form into a mass (the way a Pap test can with cervical cells), Dr. Hoffman says. As for the CA-125 blood test, this protein can become elevated due to other health conditions, like endometriosis or pelvic inflammatory disease. Also, while CA-125 is elevated in many people with ovarian cancer, it doesn’t increase in all of them, making it an unreliable test for ovarian cancer.

Even pelvic exams, which you should be getting regularly, aren’t great for catching ovarian cancer early because these masses can be difficult to feel, the ACS explains. They’re still an important part of staying on top of your reproductive health in general, though.

We know this all sounds scary. There are a few things you can do to protect yourself from ovarian cancer or, if you do develop it, to try to catch it early.

Taking oral contraceptives may help lower your risk of developing ovarian cancer, according to the National Cancer Institute.

This effect can last for years after you stop taking this birth control. “It’s really quite remarkable,” Dr. Rubin says. Researchers believe this may be due to the way oral contraceptives containing estrogen suppress ovulation, which reduces your exposure to naturally occurring hormones that can affect your ovarian cancer risk, the National Cancer Institute explains. (Of course, this shouldn’t be the only factor that plays into deciding which kind of birth control you use, especially since oral contraceptives may temporarily increase your risk of developing breast and cervical cancers. Talking to a doctor about your health history will help you determine which kind of contraception makes the most sense for you.)

Maintaining a healthy weight for you may also help reduce your risk of developing ovarian cancer, the ACS says, though there are some caveats here. This isn’t that surprising since there is some evidence that links having a higher body mass index with increased cancer risk, but keep in mind that it’s nowhere near as clear-cut as saying that being a certain weight or having a certain body type absolutely means you’re going to get cancer or ovarian cancer in particular. As SELF reported in detail in an investigation into the science on weight and health, being overweight or obese is one factor that may affect your overall cancer risk, so maintaining a healthy weight for you can help in that arena. Again, a doctor can help you navigate what your specific weight and lifestyle habits may mean for your overall health, including your cancer risk.

If you’re at a higher risk of ovarian cancer, you may want to consider undergoing genetic screening to better determine your odds of developing this disease.

Being high risk means you have a family history of ovarian cancer, have BRCA1 or BRCA2 gene mutations (or other genetic conditions, like Lynch syndrome, that increase your risk of cancer), have had estrogen hormone replacement therapy, or are over the age of 50, the Mayo Clinic says.

If any of that applies to you, it may make more sense to undergo transvaginal ultrasounds or a CA-125 exam even though they’re not perfect, the ACS says. If there’s a strong history of breast and ovarian cancer in your family, or if you have a genetic syndrome that increases your cancer risk, your doctor may recommend genetic testing as well. Depending on the results, they might suggest that you consider surgical methods to lower your risk, like having both of your ovaries and fallopian tubes (where most ovarian cancer actually begins) removed after having any children you may want.

If you or a loved one does happen to be diagnosed with ovarian cancer, the earlier you seek treatment, the better. “You want to get treated where the doctors see these diseases all the time,” Dr. Rubin says, recommending that anyone in this position looks for oncologists or cancer centers that have a lot of practice dealing with ovarian cancer in particular. “That’s the best way to get optimal treatment.” Of course, every person’s cancer experience is different, so it’s entirely possible to see someone who isn’t a specialist and do well or vice versa—but it’s an important thing to keep in mind.