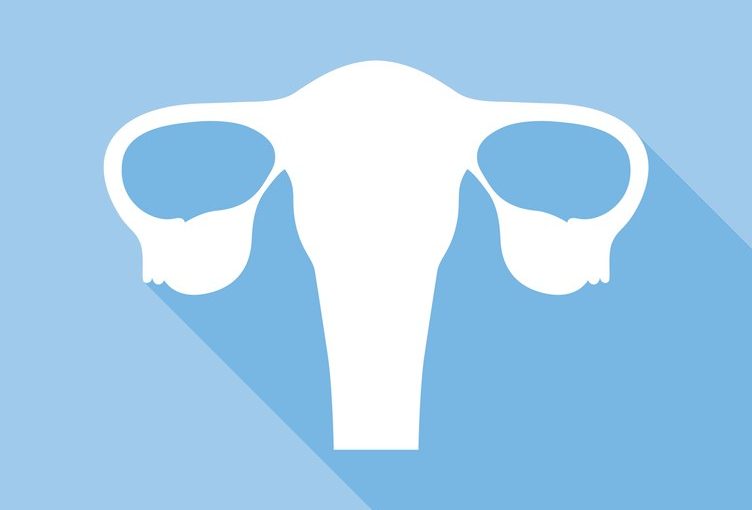 Navigating ovarian cancer treatment options can be overwhelming, but if you have this illness, it’s a part of the process.

This is considered the cornerstone of treatment for most types of ovarian cancer, according to the American Cancer Society. Ovarian cancer is often diagnosed in the later stages, so removing as much of it as possible is a crucial part of treating the disease.

The extent of surgery usually depends on the type of ovarian cancer you have. Here’s a breakdown:

Epithelial ovarian cancer: This begins in the thin layer of tissue that blankets the outside of the ovaries, per the Mayo Clinic. It makes up about 90 percent of ovarian cancers, the ACS says.

If you have this kind of ovarian cancer, surgery will likely involve “staging” to see where the cancer has spread besides the ovary. This typically means removing your uterus in a hysterectomy, because by the time this kind of ovarian cancer is diagnosed, it has often impacted the uterus as well. It also involves removing both ovaries and fallopian tubes (a bilateral salpingo-oophorectomy). (Many ovarian cancers actually start in the fallopian tubes, so that’s the reason behind removing those organs.)

Epithelial ovarian cancer sometimes spreads to the omentum, a layer of fatty tissue that covers the abdominal contents, so that is also usually removed for staging purposes, as are some lymph nodes in the pelvis and abdomen, the ACS says. All of the tissue and fluid samples taken during the operation are sent to a lab to look for cancer cells.

Surgery for epithelial ovarian cancer will also involve “debulking” whatever cancer may remain with the goal of leaving behind no visible cancer or no tumors larger than one centimeter, the ACS says.

Germ cell ovarian cancers are less likely to spread to the uterus and surrounding areas like the lymph nodes, Stephen Rubin, M.D., chief of the Division of Gynecologic Oncology at Fox Chase Cancer Center, tells SELF. But the first-line treatment is often the same as with epithelial ovarian cancer, the ACS explains: staging by removing the uterus and both ovaries/fallopian tubes, along with debulking if necessary.

However, if your doctor thinks the cancer is in only one ovary and you want to be able to physically carry a future pregnancy, they may be OK with removing the cancerous ovary and the fallopian tube on the same side, Dr. Rubin says. They may recommend removing the other ovary, fallopian tube, and the entire uterus once you’re done carrying any pregnancies, according to the ACS. But if you have a BRCA gene mutation, doctors will generally want to remove both ovaries and fallopian tubes at once because the risk of the cancer affecting the other ovary is large, Dr. Rubin says.

Stromal ovarian cancer: This starts in the ovarian tissue that contains hormone-generating cells and seems to make up about 1 percent of ovarian cancers, the Mayo Clinic says.

Ovarian stromal tumors are usually just in one ovary, so surgery may only remove that ovary and fallopian tube, the ACS says. However, if the cancer has spread, or if you have a BRCA gene mutation, you may need more tissue removed, which could mean a hysterectomy and bilateral salpingo-oophorectomy. Even if it hasn’t spread and you don’t have a BRCA gene mutation, just like with germ cell ovarian cancer, your doctor may recommend removing the other ovary/fallopian tube and the uterus once you’re finished with pregnancy, the ACS says.

One major, potentially life-changing outcome of ovarian cancer surgery is that removing your uterus means you can’t get pregnant. Also, removing your ovaries will put you into menopause if you haven’t yet gone through it. Both of these realities can also come with emotional repercussions, so don’t hesitate to discuss this with your doctor.

Chemo is usually a systemic treatment, which means the drugs go into your bloodstream to reach nearly all areas of your body. These drugs are usually injected into your vein or given by mouth, but in some cases they may be injected through a thin tube directly into your abdominal cavity, the ACS says. Either way, chemo aims to kill even scant amounts of cancer cells that may still be in your body after surgery, treat cancers that have spread, or help shrink large tumors to make it easier to remove them during surgery.

“Chemotherapy is almost always used except in very early stages or in some slower growing cancer types,” Robert Wenham, M.D., chair of the Gynecologic Oncology Program at Moffitt Cancer Center, tells SELF. In those cases, surgery may be enough, he explains.

Chemo can cause side effects like nausea and vomiting, hair loss, fatigue, mouth sores, constipation, diarrhea, and more. Here’s some information on how to handle chemotherapy side effects.

This uses high energy X-rays or particles to kill cancer cells, the ACS explains. Radiation isn’t as effective as chemotherapy for treating ovarian cancer, which is why it’s not typically the main treatment for someone dealing with the disease. However, it may be helpful in treating areas where the cancer has developed beyond the ovary, the ACS says.

It’s not uncommon for epithelial ovarian cancer (the most common form) to spread throughout a person’s abdomen and pelvis, and even to the lining of the organs in the chest like the lungs, Caryn St. Clair, M.D., a gynecologic oncologist at New York Presbyterian/Columbia University Irving Medical Center, tells SELF. “Therefore treatment needs to reach the chest, abdomen, and pelvis,” she says. While radiation would require treating these specific areas, chemotherapy targets them all in one fell swoop via your bloodstream. Not only that, there are a lot of sensitive organs in your pelvis that could accidentally be damaged during radiation therapy, Dr. Rubin says. For instance, radiation to the pelvis can sometimes cause long-term difficulty controlling your bladder, the ACS says.

If you do wind up getting radiation, its impact on your body can vary based on where exactly the treatment is applied. Overall, side effects can include issues like hair loss, nausea, and diarrhea, according to the ACS. Some side effects, like fatigue, can happen no matter where you get the treatment.

Hormone therapy involves the use of hormones or, alternately, hormone-blocking drugs to help fight cancer, the ACS says.

The drugs used can include luteinizing-hormone-releasing hormone (LHRH) agonists, which work to turn off the ovaries’ production of estrogen (this hormone can stoke cancer development). LHRH agonists can cause menopause symptoms like vaginal dryness and hot flashes, and over time they can weaken bones, potentially leading to osteoporosis, according to the ACS.

Hormone therapy with the drug tamoxifen is also common. It works to keep any estrogens circulating in your body from stimulating cancer cell growth. This can also cause symptoms of menopause, but because it has the effect of a weak estrogen, it doesn’t impact bone strength, the ACS says. However, it can raise the risk of blood clots in the legs since estrogen increases the clotting factors in your blood.

The final type of hormone therapy relies on aromatase inhibitors, which are drugs that block an enzyme called aromatase that turns other hormones into estrogen. The most common side effects include hot flashes, joint and muscle pain, and bone thinning, the ACS says.

As the name implies, targeted therapy drugs work to specifically attack cancer cells while largely leaving normal cells alone, the ACS says. This form of therapy scrambles the way a cancer cell grows, separates, mends itself, and interacts with other cells.

There are a few different options here, including the drug bevacizumab, which latches on to a protein called VEGF, the ACS explains. VEGF prompts the creation of new blood vessels, but tumors can use those blood vessels to grow. So, by acting on VEGF, bevacizumab can reduce or completely halt the growth of cancer cells, according to the ACS. Common side effects of this type of targeted therapy include high blood pressure, fatigue, mouth sores, headaches, and anemia. There can also be some more serious blood-related side effects, like blood clots and severe bleeding. Bevacizumab seems to work even better when it’s paired with chemotherapy, the ACS says, which can add its own set of side effects.

Another treatment uses poly(ADP)-ribose polymerase inhibitors (PARP inhibitors). PARP enzymes usually help repair damaged DNA inside cells, which sounds like a good thing—but it’s not when these enzymes are helping tumor cells repair themselves after they’ve been harmed. So, PARP inhibitors block that pathway, making it hard for tumor cells to fix damaged DNA. As a result, these cells usually die. These drugs can be especially helpful in people with BRCA gene mutations, the ACS says, because they can kill the mutated cells that promote ovarian and breast cancer.

While they work, PARP inhibitors can lead to the same issues as many of these other drugs, like nausea, vomiting, diarrhea, and muscle and joint pain, according to the ACS. Much more rarely, PARP inhibitors have been connected with instances of blood cancer, but don’t let that immediately scare you away from them. Instead, weigh the risks and benefits of this kind of treatment with your doctor.

Your doctor may recommend one or several treatment options depending on your type of cancer and how advanced it is.

It’s common for doctors to suggest a mix of surgery to excise as much cancer as possible and chemotherapy to kill remaining cancer cells, Dr. Wenham says. Even then, the specifics of your disease will dictate factors like whether chemotherapy or surgery is done first.

If you’re not sure of your BRCA gene status, your doctor may also recommend genetic testing to see if you have a mutation that influenced your developing ovarian cancer. It all depends on your particular case.

“The number-one thing is to be sure you’re treated by a physician with experience in ovarian cancer,” Dr. Rubin says. “They can best recommend how to apply treatment strategies.”