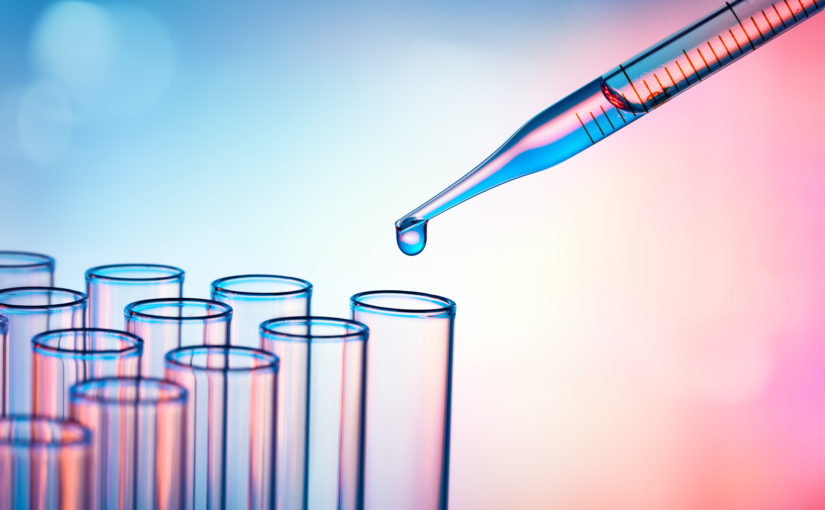 Scientists have discovered a new cell in the immune system that can kill many types of cancer, which they hope could one day be used to create a “one size fits all” treatment for the disease.

In mice experiments and in lab dishes, the team showed that a new type of what are known as T-cells could detect a range of cancerous cells, while differentiating them from healthy cells.

A T-cell is a type of white blood cell in the immune system, which both helps to fight off infections as well as cancers. These new T-cells and their special receptors can home in on and kill lung, skin, leukemia, colon, breast, prostate, bone, kidney, cervical, and ovarian cancers. The researchers published their findings in the journal Nature Immunology.

The team believes the receptors on the T-cells are able to detect cancer through their interaction with a molecule called MR1, which is present on the surface of all human cells. The researchers believe MR1 may be signaling the compromised metabolism of the cell to the T-cell receptors.

Study co-author Garry Dolton told BBC News: “We are the first to describe a T-cell that finds MR1 in cancer cells—that hasn’t been done before, this is the first of its kind.”

Lead author of the study, professor Andrew Sewell of the Division of Infection and Immunity at Cardiff University, U.K., told Newsweek the team identified the cell after examining samples from a blood bank.

“We were looking for something else! All the best scientific discoveries are made by mistake,” said Sewell.

Sewell told The Telegraph: “This was a serendipitous finding, nobody knew this cell existed. Our finding raises the prospect of a ‘one-size-fits-all’ cancer treatment, a single type of T-cell that could be capable of destroying many different types of cancers across the population. Previously nobody believed this could be possible.”

The immune cell may be “quite rare, or it could be that lots of people have this receptor but for some reason it is not activated. We just don’t know yet,” he said.

Scientists hope the finding is an important step forward for what is known as immunotherapy to treat cancers. In recent years there have been leaps forward in using the body’s immune system to attack the disease, such as with what is known as CAR-T therapy, explained Astero Klampatsa, team leader in cancer immunotherapy at The Institute of Cancer Research, London, who did not work on the study.

But “CAR-T cells have to be engineered for each patient individually, to take into account the fact that each person’s immune cells have their own molecular ‘signature’—making the therapy very expensive and laboursome,” Klampatsa said in a statement. What’s more, CAR-T cells can be used to treat cancers like leukaemia, but not for solid tumours.

Experts not involved in the study have hailed the finding as “very exciting,” but stressed the research is in its early stages and it isn’t yet clear if it can be used in patients.

Daniel Davis, professor of immunology at the University of Manchester, said: “In general, we are in the midst of a medical revolution harnessing the power of the immune system to tackle cancer. But not everyone responds to the current therapies and there can be harmful side-effects.”

He welcomed the team’s “exciting discovery,” but added, “We still need to understand exactly how it recognises and kills cancer cells, while not responding to normal healthy cells. At the moment, this is very basic research and not close to actual medicines for patients.

“But in the long term, the hope is that this type of immune cell could be the basis of new immune therapies, either by infusing these cells directly into patients or by unleashing their capacity to act. There is no question that is a very exciting discovery, both for advancing our basic knowledge about the immune system and for the possibility of future new medicines,” said Davis.

Dr. Alasdair Rankin, director of research and policy at the blood cancer charity Bloodwise, said: “While CAR-T therapy has been one of the most remarkable breakthroughs in blood cancer treatment in recent years—offering the last chance of a cure in many cases—its use has been limited to a small number of cancer types, it is very expensive and not everyone will respond.

“The development of a ‘one size fits all’ type of immunotherapy, which could target different types of cancer cell and does not need to be manufactured for each individual patient, is an exciting prospect.

Rankin added: “It is still early days and we are a while off from confirming whether this approach will definitely work in patients. If it can be achieved, it could deliver new and kinder treatment options for people living with cancer, who often experience debilitating side effects as a result of their treatment.”

Klampatsa said: “The new findings are at a very early stage, but they’re an exciting step in the right direction, and brings us one step closer to ‘off-the-shelf’ cell-based immunotherapy.”

This article has been updated with comment from professor Andrew Sewell.

This article was published by Newsweek.