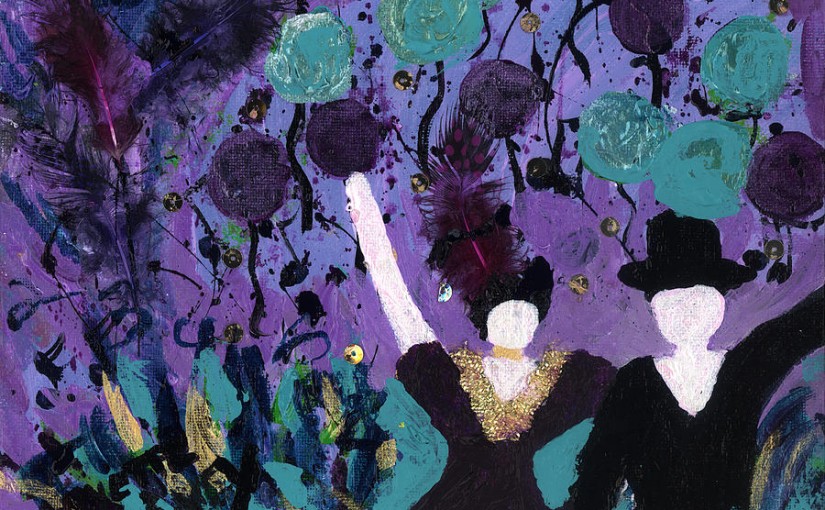 Each of us wears a pair of glasses through the prism of which all things are viewed and interpreted. Having been diagnosed with advanced ovarian cancer in 2008, my glasses are forever skewed by that particular experience.

Therefore, as summer ends, darkness falls more quickly, temperatures cool, and kids go back to school, I think about one season ending and a new one beginning. For example, In the New York Times, David L Kirp wrote an interesting piece on “Conquering the Freshman Fear of Failure.” But, why did he write about this? Does it have anything to do with ovarian cancer? I answer both acquiring education and coping with cancer survivorship are new learning experiences. The rewards obtained through both are degrees for students and high quality survivorship for ovarian cancer patients.

David Zirp writes, “Regardless of their credentials, many freshmen doubt that they have the necessary brainpower or social adeptness to succeed in college. This fear of failing hits poor minority and first-generation college students especially hard. If they flunk an exam, or a professor doesn’t call on them, their fears about whether they belong may well be confirmed. The cycle of doubt becomes self-reinforcing, and students are more likely to drop out.”

Yet he adds, “The good news is that this dismal script can be rewritten. Several recent research projects show that, with the right nudge, students can acquire ways of thinking that help them thrive.”

The same can be true for ovarian cancer survivors. When I was initially diagnosed with ovarian cancer, a woman is overwhelmed by the shock of being told she has cancer. Then questions bombard her. Can she survive this? How can she cope? What next? Who can she turn to for advice? Who does she know who has gone through the exact experience?

Unlike the experiences of starting a new school, an experience many others share, recent ovarian cancer survivors are thrust into a world where they may not know anyone who has ovarian cancer. Most survivors (except for those who have had a family member with ovarian cancer), find themselves in an elite, but not privileged group, where, despite the help of family and friends, are confronted with great challenges to adapt to their new status and just survive. Can they do it? And, how?

Kirp says, “In a large-scale experiment at an unnamed school I’ll call Flagship State, incoming freshmen read upperclassmen’s accounts of how they navigated the shoals of university life. The accounts explained that, while the upperclassmen initially felt snubbed by their classmates and intimidated by their professors, their lives started turning around when they reached out to their instructors and began to make friends.”

Seeking and hearing the accounts of other student’s helps students adjust to their environment. Similarly, ovarian cancer survivors gain much from listening to other survivors’ stories. Feeling comfortable in new environments is central to succeeding in it. Thus learning how others adapt to their new environments can help “newbies” learn adaptation skills.

Kirp also suggests, “Other freshmen were introduced to research online showing that intelligence isn’t a static trait or the luck of the genetic draw, but can grow through hard work. They were exposed to what the Stanford psychologist Carol Dweck describes as a growth, rather than a fixed, mind-set. This shift can be transformative; as Dr. Dweck explained, “the view of intelligence that you adopt for yourself shapes your educational experience.”

I would agree that in facing ovarian cancer survivorship one needs to develop a “growth rather than a fixed mode” of behavior and recognize that “hard work” may be necessary to successfully navigate life with cancer.

After assuring myself I wasn’t the only ovarian cancer survivor, my next challenge was how to become a successful survivor. After my surgery in 2008, I was told I had advanced, incompletely debulked, ovarian cancer and had a 25-33 percent chance of living 5 years. In addition to that, I was reminded I was already 67 and most older women don’t do as well with treatment as younger women tend to do. Had I accepted my prognosis with a fixed mindset, I’m not certain whether I’d be alive today or not.

But, I questioned my prognosis, hit the Internet, and sought two additional opinions before plotting my “growth mindset.” As a former nurse and college professor, my strategy for attacking any problem, academic or practical, has been to acquire as much knowledge as possible as for me as knowledge is power. Therefore, I set to work reading as much and as widely as I could about ovarian cancer. Sorting out authentic information from the merely anecdotal information online is a challenge in itself. But I steered clear of any information other than that produced by academic, professional, or governmental sources. As I read, my confidence that I could survive grew.

Yet just as students must learn to reject feeling intimidated by professors, ovarian cancer survivors must reject the same feelings concerning their physicians. Many students know how they learn best and, likewise, many survivors know how their bodies will respond best. The “fixed mindset” sees the statistics as evidence that the disease will kill you. The “growth mindset” prefers a wait and see or you are your own statistic approach. The longer either students or survivors meet success, the easier the challenges become in the future.

However, the greatest differences in a comparison of freshman to newly diagnosed ovarian cancer survivors are in the stakes for success or failure. We all know many people who were not successful students, but went on to distinguish themselves in other ways perhaps in wealth, professional achievement, recognition, and personal growth.

For ovarian cancer survivors, the measure of success is a quality overall survival, the ultimate token of achievement. Whenever I get together with other longtime survivors (5 years or more) we reminisce about our early years of diagnosis. We recognize fully how fortunate we are as so many of our loved sister survivors have died. Yet one recurring theme with many of us is our “intractable optimism and focus on moving ahead.” In addition, a common theme amongst us is our “passion as advocates for ovarian cancer whether in terms of education, group support, or research.” We want “to make things better” for our sister survivors. That means, we can’t waste precious time dwelling only on ourselves, but must use it to reach out to others in whatever ways our skills will allow us.

While freshman are at the threshold of their lives, ovarian cancer survivors may be at various stages in their lives. Again the key words “growth mindset” that Kirp uses for freshman success seem appropriate to successful survival.

To read more of Annette’s articles on The Clearity Portal, please click here.