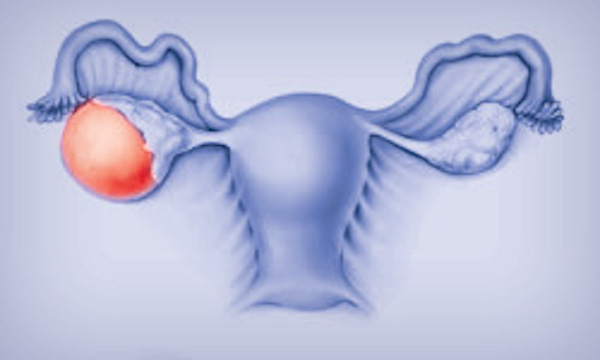 Treatment with olaparib demonstrated similar outcomes to standard-of-care chemotherapy treatment in patients with BRCA wild-type, platinum-sensitive, recurrent epithelial ovarian cancer in the phase II CLIO study. As such, olaparib failed to demonstrate a significant improvement in survival over chemotherapy.

Data from the CLIO trial were reported by investigators from Leuven, Belgium, as part of the virtual platform for the 2020 Society for Gynecologic Oncology (SGO) Annual Meeting.

The open-label, randomized trial enrolled patients with measurable germlineBRCAwild-type platinum-sensitive ovarian cancer who had received at least 1 prior line of chemotherapy and had relapsed at least 6 months after platinum-based chemotherapy. In addition, patients were required to have World Health Organization (WHO) performance status score of 0 to 2 and normal organ and bone marrow function when measured up to 28 days before randomization.

Patients with platinum-refractory disease or known hypersensitivity to olaparib were excluded from the trial. Additionally, those with a resting ECG with QTc of more than 470 msec, concomitant use of potent CYP3A4 inhibitors, an inability to absorb the medication, or symptomatic uncontrolled brain metastases were also not eligible for participation in the trial. Prior use of bevacizumab (Avastin), however, was allowed.

Sixty patients were randomized 2:1 to receive either 300-mg olaparib tablets twice daily (n = 40) or physician’s choice of chemotherapy (n = 20). In the trial, chemotherapy consisted of carboplatin area under the curve (AUC) 5 with pegylated liposomal doxorubicin 30 mg/m2every 4 weeks, or carboplatin AUC 4 on day 1 with gemcitabine 1000 mg/m2on days 1 and 8 given every 3 weeks.

In both groups, patients had received a median of 2 prior lines of therapy, which included bevacizumab for about half of the patients (n = 31). Nine patients, 5 in the olaparib arm (12.5%) and 4 in the chemotherapy arm (20%), had received at least 4 prior treatments.

The objective response rate with olaparib, as evaluated by RECIST v1.1 criteria, was 40% with responses in 14 patients compared with 60% in the chemotherapy group with responses in 12 patients (P= .12). The disease control rate, which was defined as response or stable disease at 12 weeks, was 80% (32 of 40 patients) with olaparib versus 85% (17 of 20) in the chemotherapy arm.

Adverse events were as expected in the 2 treatment arms and no surprising toxicities were reported.

The CLIO trial is ongoing with active enrollment. The investigators are also looking toward somaticBRCAtesting of the patients with further results expected.

Further updates from the CLIO trial are expected from Liselore Loverix, MD, of Leuvens Kanker Instituut in Leuven, Belgium, during the SGO Annual Meeting.