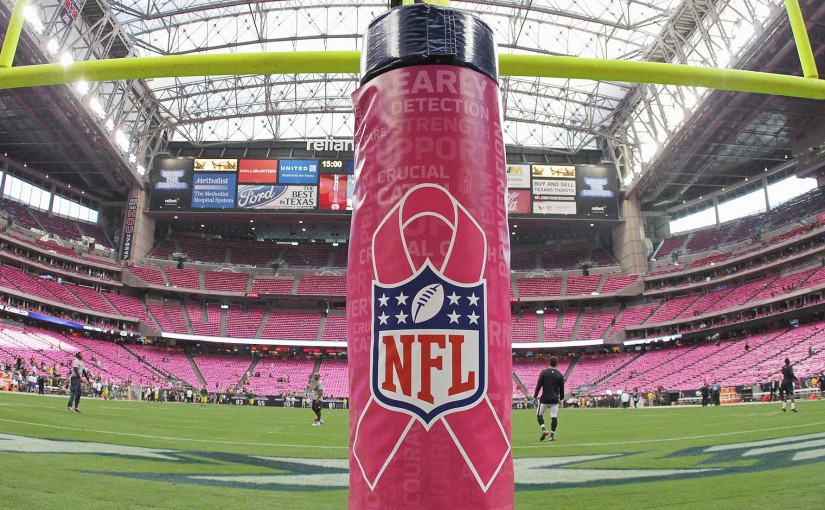 Together with the NFL, the American Cancer Society is bringing breast cancer information and screening resources where they are needed most.

Regarding Dr. Marty Makary’s “The NFL’s Pink Publicity Stunt Isn’t About Fighting Cancer” (op-ed, Oct. 1): If you want to know whether all the pink on the football fields this October has purpose, you need only look at the results.

Since 2009, the NFL’s “A Crucial Catch” campaign has served women across the country who have the greatest breast-cancer risk and lowest screening rates. Through more than 130 grants in 55 communities, the NFL’s partnership with the American Cancer Society has provided 260,000 outreach and education interventions to underserved women and contributed to 120,000 breast-cancer screenings provided at low or no cost.

The nearly $15 million received from the NFL, franchise clubs, partners and players allows the American Cancer Society to help address the unequal burden of cancer by reaching underserved individuals through our Community Health Advocates implementing Nationwide Grants for Empowerment and Equity program. This program puts research into practice to bridge the gap of cancer disparities across the country.

The NFL is using the power of its platform to reach millions of women and educate them on the importance of getting screened.

Cancer is a disease that can affect anyone, but it doesn’t affect everyone equally. Statistics show that some populations and people who lack access to health care are more likely to develop cancer—and die from it—than the general U.S. population.

Together with the NFL, the American Cancer Society is going beyond the stadium to bring breast-cancer information and screening resources to where they are needed most.

Ovarian cancer is more difficult to diagnose than breast cancer and much more deadly. The color teal is the standard color for the ovarian-cancer ribbon. The ovarian-cancer community could use the help of the NFL in its cause. Fifteen million dollars in seven years is a good start toward funding women’s cancers. Maybe the NFL money machine would like to step up its funding rate to a significant number and incorporate ovarian cancer into its campaign. One team could wear pink ribbons and the other teal.

An important statistic to know is that the American Cancer Society has about three million volunteers, but women volunteer at far higher rates than men. If Dr. Makary would like to see more funds invested in pancreatic research, one place to start is to recruit more male volunteers.

To read this entire letter published online by The Wall Street Journal on The Clearity Portal, please click here.