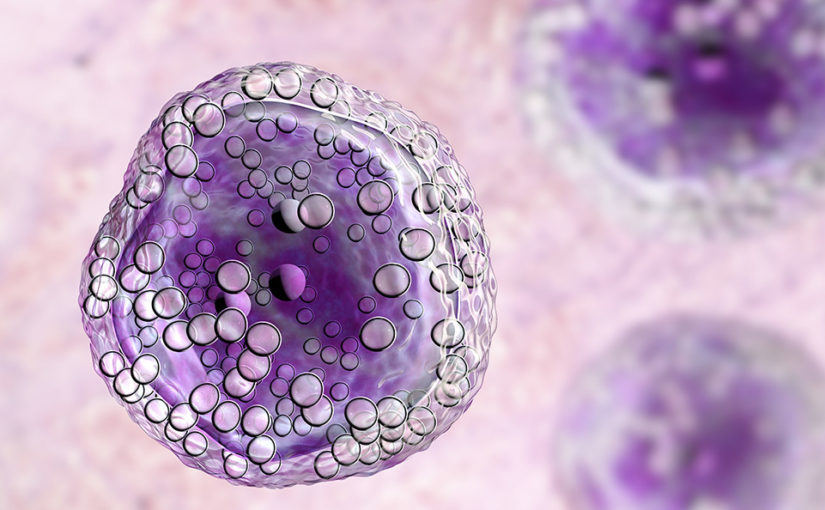 A class of experimental cancer drugs called BET inhibitors have shown promise for treating cancers of the blood, but can induce toxic side effects. Now Yale researchers have found a new inhibitor that in animal studies demonstrates greater potency against a wider variety of cancers, as well as against solid tumors, and also produces fewer side effects compared to others in the class.

The research was conducted by a team led by Qin Yan, associate professor of pathology and director of the epigenetics program, and appears in the April 14 online edition of Nature Communications.

“Many current small molecule drugs in trials only work on blood malignancies,” Yan said. “This has the promise to break that barrier.”

And the new inhibitor has also led to solid tumor shrinkage, he said.

It’s a big breakthrough for this class of cancer drugs, said Yan. Current BET-inhibiting small molecule drugs in development — numerous trials are underway — have only been effective against blood cancers such as multiple myeloma and leukemia. They have been ineffective for most solid tumors, such as those found in brain cancer, breast cancer, and ovarian cancer, Yan said. And these drugs have toxic side effects, including fatigue, nausea, loss of taste, and low platelet counts.

In animal studies, the Yale researchers examined the impact of the new inhibitor, called NHWD-870, on ovarian cancer, small cell lung cancer, breast cancer, lymphoma, and melanoma. They found it was between 3 times and 50 times more potent against cancer cells than existing BET inhibitors.

Unlike other BET inhibitors, NHWD-870 exhibited robust activity against solid tumors, partly by preventing tumor-associated macrophages (TAMs), or large white blood cells in the immune system, from proliferating, the researchers found. TAMs act as a support system for tumor cells, suppressing anti-tumor activity, and facilitating tumor regrowth after treatment. The impact of the inhibitor on TAMs was significant, preventing the large white blood cells from spreading and restricting tumor growth. NHWD-870 also had lower toxicity, as measured in bodyweight loss in animals, than other inhibitors.

“These findings not only uncover the importance of the target BRD4, but also reveal how it functions to regulate the tumor micro-environment,” said Yan, a member of Yale Cancer Center, Yale Stem Cell Center, and Yale Center for Immuno-oncology.

Yan is now pursuing clinical trials in humans. With colleagues at Yale and other collaborators, he will test the effectiveness of NHWD-870 on melanoma and ovarian cancer patients.

This article was posted by YaleNews.