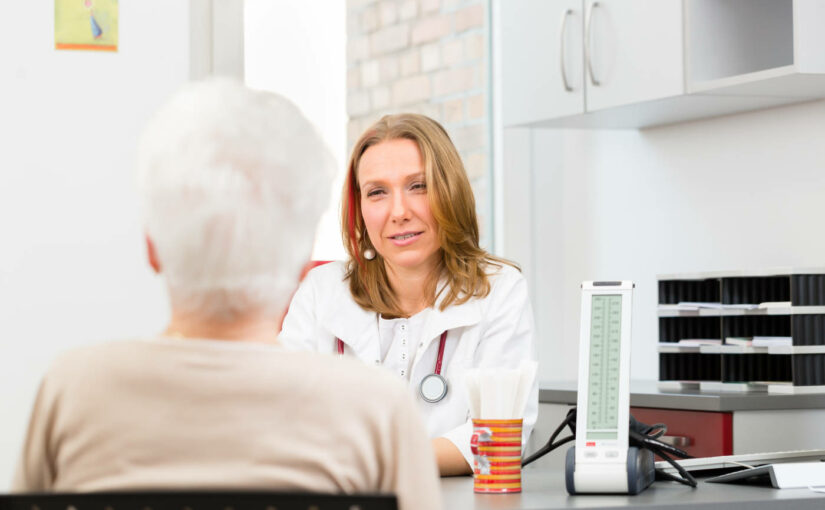 Although maintenance treatments have helped patients with ovarian cancer live longer, experts note there are still some unmet needs that must be addressed.

Karen Hanna was first diagnosed with ovarian cancer in April 2013. At the time, she underwent a debulking (tumor burden reduction) surgery and received chemotherapy.

Then her oncologist asked if she would like to enter a clinical trial testing a new type of drug called a PARP inhibitor, which her doctor hoped would become maintenance treatment one day. Hanna gladly volunteered.

By the time Hanna’s cancer recurred in November 2018, her oncologist had good news: the maintenance therapy was now approved by the Food and Drug Administration (FDA) and she would be eligible for it following another round of surgery and chemotherapy. She started the treatment, called Lynparza (olaparib), in February 2020.

She first heard about the potential for maintenance treatment in 2013.

“I didn’t think much about it because I was just in survival mode,” says Hanna, now 50 years old, of Oklahoma City. “It’s kind of interesting that you’re in a clinical trial for a PARP inhibitor in hopes (it) will show that maybe it will be of benefit one day as maintenance therapy. And seven years later, you’re using it as maintenance therapy.”

What Is Maintenance Therapy?

Maintenance therapy is given after a patient completes chemotherapy to decrease the chance that the cancer will come back or to delay it from recurring, explains Dr. Kathryn P. Pennington, an assistant professor of obstetrics and gynecology at the University of Washington in Seattle.

“It’s given to continue or maintain the good results of a prior treatment,” Pennington says. “The idea behind it is that it is often better tolerated than traditional chemotherapy, so it’s something that someone could be on for a long time and feeling well, while hopefully delaying the cancer coming back.”

Maintenance therapy is an option for women with stage 2, 3 and 4 cancers that respond well or very well to surgery and platinum-based chemotherapy, according to the National Comprehensive Cancer Network (NCCN).

Options for therapy depend on whether a person has a germline (inherited) mutation in the BRCA1 or BRCA2 gene or if their tumor is considered homologous recombination deficiency (HRD) positive, meaning the tumor is unable to repair double-strand breaks in DNA and is determined by gene sequencing characteristics. Options also depend on whether a person’s primary chemotherapy regimen included Avastin (bevacizumab).

Two types of targeted therapies are used in this setting. Avastin works by inhibiting vascular endothelial growth factor (VEGF), a protein that helps cancer grow blood vessels for food and oxygen. And PARP inhibitors that stop cancer cell DNA from being repaired by a protein called PARP, so that damaged DNA stays at a level that causes cells to trigger their own death, constraining tumor growth. Three PARP inhibitors are approved by the FDA for ovarian cancer: Lynparza, Rubraca (rucaparib) and Zejula (niraparib).

Depending on the drug, patients should receive maintenance therapy for 15 months to three years. The goal is to stop, says Dr. Kathleen Moore, the Virginia Kerley Cade Endowed Chair in Cancer Development and a professor of gynecologic oncology at the University of Oklahoma College of Medicine in Oklahoma City.

“Patients who have evidence of disease, and (for whom) you’re holding things stable, … need to continue for as long as they’re receiving benefit,” she says. “But for patients who are in a complete response, I do think it’s important to stop, because some of those patients may not recur ever, or for many years.”

Additionally, there is a sense that continuing on a PARP inhibitor could lead to a less robust response to subsequent chemotherapy if cancer recurs, Moore notes.

The rationale behind maintenance therapy is based on two principles, according to Dr. Robert L. Coleman, chief scientific officer at US Oncology Research, in Woodlands, Texas. One is that as many as 20% to 30% of patients will have a recurrence of their cancer in a short period of time following treatment, even if it doesn’t initially show up on biomarker tests or imaging studies, he notes.

“Many years ago, we used to assess the quality of the initial response by operating,” says Coleman, who is also a gynecologic oncologist at Texas Oncology. The procedure is called second-look surgery. “When we looked for cancer in patients who didn’t have any other overt evidence of disease, we would ultimately find residual disease in about half the patients. So we knew this strategy probably wasn’t very sensitive or specific with respect to the disease being gone.”

A second principle is that maintenance therapy, when used to prevent cancer recurrence, also can shrink tumors if it’s active against cancer or has anti-cancer activity, Coleman adds. “Patients are getting even deeper responses while they’re taking the therapy, so in that context, maintenance is actually a form of additional treatment,” he says.

How Is It Working?

Hanna says her experience on Lynparza since February 2020 has been positive, and she has tolerated the therapy well.

“I might have had a little fatigue up front,” she says, but she remembers telling her doctor at the four-month mark that it didn’t feel as though she was taking anything. “I try and take very good care of myself,” she adds. “I exercise six days a week, I eat very healthy (foods). I’m very mindful about living a healthy lifestyle.”

She also has a busy career in pharmaceutical sales and serves on boards of directors for different organizations. “I’m going and going and going all of the time. So if I am experiencing fatigue from this pill, I don’t know it.”

February 2022 marked her two-year check-in being on maintenance therapy. Her scans and blood markers looked good enough that her oncologist wanted her to remain on the treatment for one more year. If she continues to do well, she’ll then stop therapy.

For example, investigators of a clinical trial called SOLO-1, which evaluated Lynparza after primary treatment for patients with BRCA1 and BRCA2 mutations, found that the drug delayed cancer recurrence by more than 40 months at the median. It also lowered the risk of cancer progression or death by 70% compared with a placebo, she says.

Other trials also have demonstrated benefits of the therapies. Results from the PRIMA study, which examined Zejula in patients who had responded to platinum-based chemotherapy, showed that the drug delayed disease progression for people with BRCA1 and BRCA2 mutations by 11 months compared with placebo.

Kim Bell, 58, of College Station, Texas, started maintenance therapy with Lynparza and Avastin in February 2022. Bell was treated for stage 3 ovarian cancer in 2021 and had surgery followed by six chemotherapy treatments. She had an Avastin infusion in early February, with repeat infusions every three weeks, and takes Lynparza pills twice a day.

At the time she spoke with CURE®, she was scheduled for imaging tests to see how well the treatment was working.

Her experience has been a little different from Hanna’s.

Lynparza “causes severe fatigue for me since I’m taking 600 (milligrams) a day,” says Bell, who has had to cut back a bit on her floral design business due to her lack of energy.

“After periods of rest or sitting, it takes me a few steps to move normally since it is affecting my joints and muscles a great deal, as well as my back. My doctor and specialty pharmacist indicated that many patients see side effects subsiding after a couple of months, and I’m only two months in to taking the drug. I generally don’t have any side effects from my (Avastin) infusions.”

Although she says she doesn’t want to quit the therapy because of the potential benefits, she notes she plans to ask her doctor about reducing the dose to see if that helps. That option had been presented to her during discussions before starting the therapy.

Fatigue, nausea, vomiting and low blood cell counts are among the most common symptoms with Lynparza, according to the NCCN. Anemia or myelodysplastic syndrome, a cancer in which the bone marrow does not make enough healthy blood cells, are rarer.

Patients “feel like a wet noodle,” Moore says. “They’ll say over time they accommodate to it and they’re able to do everything they want to do, but they do feel this level of fatigue that is real and needs to be acknowledged.”

Despite that, “their quality of life, even though they may have more side effects, does not appear to be diminished,” Coleman notes, “so it seems to be what we could call a tolerable regimen.”

As the science continues to evolve, oncologists are looking forward to additional or refined treatments including combination therapies. HR proficient tumors is one area ripe for improvement, Pennington says.

“It would be ideal to find a maintenance therapy where we could do better than that three months’ magnitude.”

Another concern is what to do with patients whose cancer recurs even after treatment with PARP inhibitors, she adds. Should they be prescribed PARP inhibitors again? Are there ways to restore PARP resistance? Could the inhibitors be combined with another chemotherapy or medication to make it sensitive to PARP inhibition again?

This is an area of active study, says Pennington, investigating combinations of PARP inhibitors with other drugs, such as agents that inhibit the ATR protein or those that block the growth of blood vessels that support tumor growth. Analysis of tumors that recur after PARP inhibition may be able to reveal specific alterations that could inform new therapies.

“Even in patients who are really good candidates for a therapy, we find some who still have recurrence and progression,” Coleman says. “Better treatments are always going to be an unmet medical need for our patients.”

There are potential opportunities for additional maintenance therapies using a newer class of drugs called antibody-drug conjugates, he notes, especially among patients that don’t have BRCA 1/2 mutations.

Some of these are in clinical trials launching now, Moore points out. “There’s probably going to be a lot of development in this space moving forward.”

For now, Hanna says she encourages patients to give maintenance therapy a try.

“This is the biggest breakthrough for ovarian cancer in decades, and one that is showing very promising outcomes … and extending the lives of ovarian cancer patients, which is huge,” she says. “Embrace it, don’t be afraid of it. The odds of you being able to tolerate this are in your favor. … Go into it knowing that this is something that can hopefully get you to the next best option that is coming in the future.”

She also encourages patients to stay positive and to believe that “your mind is your greatest weapon.” Staying in a positive and grateful framework makes a difference, she says, “I truly believe that.”

Bell agrees. Hearing from her doctor that her body could adjust to the medications, making the side effects more tolerable, “gave me hope that at least there’s a light there and I can work toward that light, push through, and get there.”