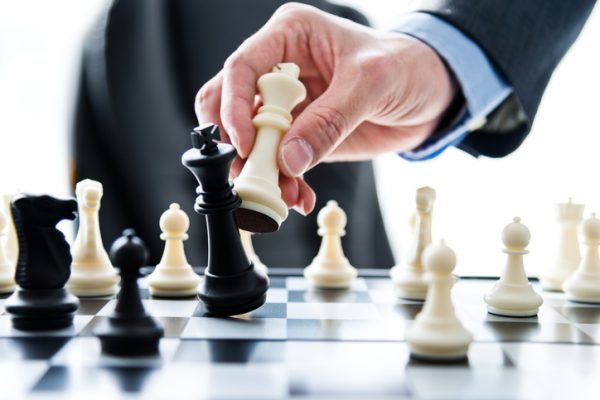 Colon, pancreatic, stomach, or ovarian cancer; it increasingly shouldn’t matter. In an era of precision medicine, the treatment approach should reflect the genetic makeup of the person’s tumor and the presence or absence of key biomarkers.

That ethos was set in stone on Tuesday, with the landmark FDA approval of Merck’s checkpoint inhibitor, Keytruda (pembrolizumab), for patients with solid tumors that express so-called mismatched repair genes.

In a statement, FDA noted the historic nature of its decision. “This is the first time the agency has approved a cancer treatment based on a common biomarker rather than the location in the body where the tumor originated.”

It has been a long time in the making. Scientists’ understanding of cancer has shifted dramatically in the 21st Century, helped along by initiatives such as the human genome project and the advent of next-generation sequencing.

One of the biggest revelations has been the degree of heterogeneity between cancers that arise from a single tissue: A breast cancer might be more akin to a melanoma than another breast cancer. As a result, it often makes sense to classify cancers based on their genetics, not their origin, when selecting oncology treatments.

Following today’s approval, one the defining features of certain solid tumors will be whether they are microsatellite instability-high (MSI-H) or mismatch repair deficient (dMMR). Both are abnormalities that affect the proper repair of DNA inside the cell (aka mismatch repair genes).

According to FDA, colorectal, endometrial and gastrointestinal cancers have the highest rates of these mutations. MSI-H and dMMR also appear, albeit less commonly, in cancers arising in the breast, prostate, bladder, thyroid gland and other places. Approximately 5 percent of patients with metastatic colorectal cancer have MSI-H or dMMR tumors.

Scientists at the Bloomberg-Kimmel Institute for Cancer Immunotherapy at Johns Hopkins Medicine were the first to hypothesize that tumors with these mismatch repair genes would be particularly susceptible to immunotherapies, such as Keytruda. The idea was advanced into clinical trials and ultimately given the green light via FDA’s accelerated approval route.

Other checkpoint inhibitors, such as Bristol-Myers Squibb’s Opdivo, are hot on Merck’s heels chasing market share.

It’s one thing to get an FDA approval, it’s another to implement this form of medicine nationwide. As many observers noted on Twitter, oncologists often specialize based on the tissue of origin. They’re colon cancer or breast cancer experts.

Perhaps more importantly, the bulk of cancer patients in the U.S. still aren’t having their tumors sequenced. The next-generation sequencing diagnostics can cost thousands of dollars and insurers have argued that the clinical utility isn’t there. Medicare and Medicaid have taken the same stance.

Today’s approval could help the industry move forward. Indeed, it has been noted that the lack of routine sequencing holds back recruitment for clinical trials, which in turn limits the approval of drugs that would validate the sequencing.

Scott Tomlins, co-founder and laboratory director of Strata Oncology, stressed via email that there is much more work to be done to break this treatment stalemate. Strata deals with it firsthand through its work matching eligible patients with precision medicine trials.

“Results like this confirm that we should be assessing the critical and targetable molecular alterations driving every individual’s cancer,” Tomlins said. “However, it is critical to recognize that with presently available drugs, only a small subset of patients with cancer are likely to benefit from this or most other targeted therapies. Thus, finding patients whose tumors have highly targetable alterations, and enrolling them onto the most appropriate clinical trials remain the critical barriers to accelerating approval of promising therapies and gaining widespread reimbursement for molecular profiling.”

There’s also value in ruling out patients that are unlikely to respond to personalized therapies. Keytruda launched in the U.S. with a list price of $12,500 per patient per month, or $150,000 per year. Many trials are underway studying checkpoint inhibitors as part of combination therapies, which would see the cost climb further.

The case is definitely building for genetic testing, as means to finding the right individuals and saving the expense and struggle of treating those who are unlikely to benefit.