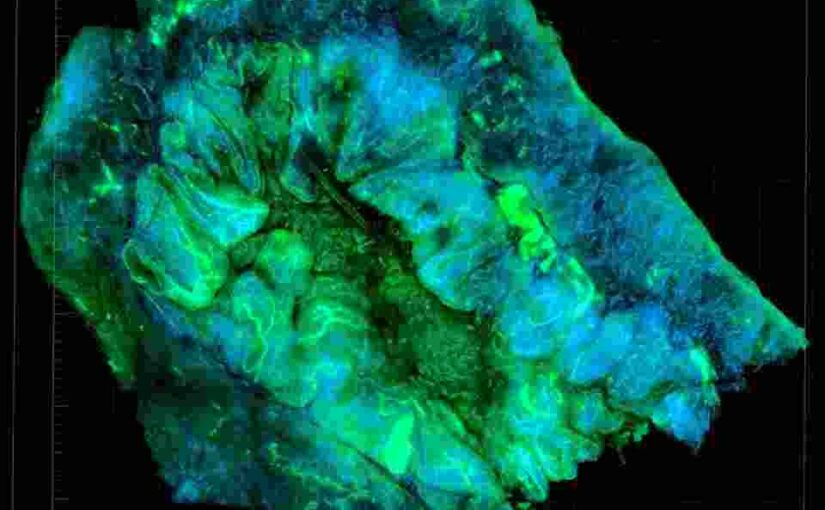 Of all the gynecologic cancers, ovarian cancer is the most deadly. This may be due in part to the fact that in almost 70% of cases, by the time a patient is first diagnosed with ovarian cancer, it has already spread beyond the ovaries into the peritoneal cavity.

The standard treatment for surgical candidates involves optimal PCS with platinum/paclitaxel-based intravenous chemotherapy; however, “nearly 70% of patients with advanced ovarian cancer relapse and die of the disease, even after standard-of-care treatment according to clinical guidelines,” write the study investigators, led by first author Ziying Lei, MD, of the Affiliated Cancer Hospital and Institute of Guangzhou Medical University, Guangzhou, China. “Given that the peritoneal cavity is the primary site of tumor invasion and can be continuously exposed to a high concentration of chemotherapeutic agents, it seems rational to administer intraperitoneal chemotherapy directly into the peritoneum.”

Yet intraperitoneal chemotherapy administration poses some difficulties, in that many patients develop complications related to the catheter. More tolerable methods of therapeutic delivery are needed.

One possible solution is HIPEC, in which intraperitoneal delivery of chemotherapy is combined with hyperthermia. The use of HIPEC is more tolerable for patients and avoids the catheter-related issues; in addition, it increases the accumulation of the drug in the cancer cells and seems to amplify the chemotherapy’s cytotoxic effects. There is high-quality evidence in favor of HIPEC use in advanced ovarian cancer, and it is in widespread use; however, no modern multicenter, large-scale studies have examined the impact on prognosis of combining PCS with HIPEC in epithelial ovarian cancer until now.

For this retrospective cohort study, 584 patients with stage III primary epithelial ovarian cancer at five large institutions in China were treated with either PCS alone (425 patients, or 72.8% of the study population) or PCS with HIPEC (159 patients, or 27.2%). Patients were followed for a median of 42.2 months.

“In this study, the PCS with HIPEC treatment approach was associated with better long-term survival and was not associated with postoperative severe morbidity and mortality,” conclude Dr. Lei and colleagues. “When complete PCS is possible, this approach can be a valuable therapy among patients with stage III epithelial ovarian cancer.”

In an invited commentary published alongside the study in JAMA Network Open, led by first author Raanan Alter, MD, of the Department of Obstetrics and Gynecology’s Section of Gynecologic Oncology at the University of Chicago, the authors note several limitations of the study, including the potential for selection bias present in a retrospective study, the imbalance between the two cohorts, and the fact that more patients given PCS with HIPEC underwent at least 6 chemotherapy cycles compared with the PCS-only group (51.8% vs 35.2%). The authors also note that the patients represent a heterogenous group, that the unusual method of multiday HIPEC with lower-dose cisplatin (50 mg/m2) used in the study is not based on strong phase 1 trial data, and that the study lacked consideration of tumor genomic data, surgical outcomes, and recurrence patterns.

“Nevertheless, the study by Lei et al adds to recent evidence indicating that the addition of intraperitoneal chemotherapy with HIPEC, whether upfront or at interval debulking, might improve overall survival,” conclude Dr. Alter and colleagues. “It would appear to us, after reviewing the available published evidence supporting the use of HIPEC, that one should discuss the use of HIPEC preoperatively with patients with stage III, low-volume disease who are thought to likely experience optimal (R0) cytoreduction. From the data presented by Lei et al, one could argue that even patients with large volumes of residual disease could benefit from HIPEC with PCS, but the data are less convincing and need further investigation.”

“We expect that remaining questions will be conclusively answered by a phase 3 randomized trial that just opened this year,” write Dr. Alter and colleagues, referring to the international OVHIPEC-2 trial (NCT03772028), results of which are not expected to be available until 2026. “Until then, we expect that more institutions will publish their experiences with HIPEC to help guide decision-making on its use in the upfront treatment of ovarian cancer.”

This article was published by i3 Health Oncology News.