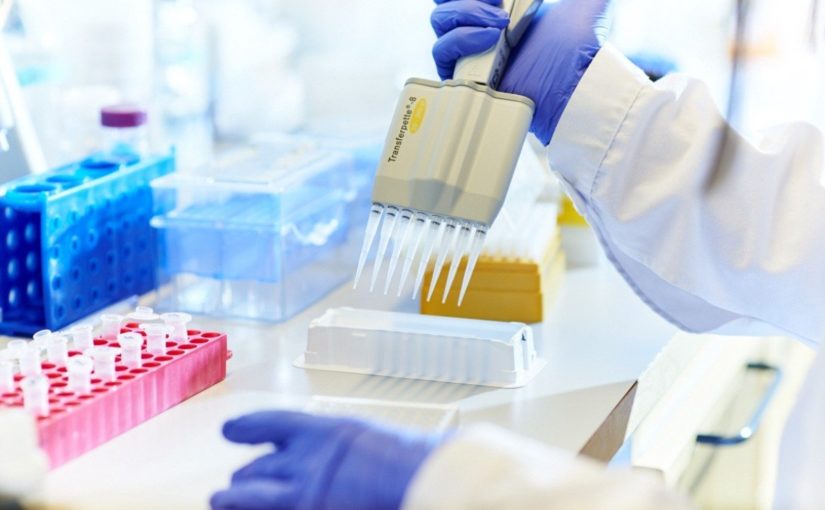 Precision oncology aims to use genetic features of a patient’s tumor to tailor anti-cancer therapy. DNA mutations in a drug target have provided a number of therapeutic opportunities; however, there are many cancer types that do not have obvious targetable mutations. A research team at Dartmouth’s Norris Cotton Cancer Center led by Todd Miller, PhD, sought to determine whether genetic features could be used to identify novel cancer “subtypes” that span multiple organ sites, and whether this approach could be useful to identify novel treatment strategies.

Miller’s team successfully demonstrated that genetic and drug sensitivity data from cancer cells can be used to reveal therapeutic vulnerabilities that transcend cancer lineage. Their results, “A transcriptionally-definable subgroup of triple-negative breast and ovarian cancer samples shows sensitivity to HSP90 inhibition” have recently been published in AACR’s Clinical Cancer Research.

We discovered that a novel, genetically definable mixed subgroup spanning both triple-negative breast cancer and ovarian cancer is vulnerable to treatment with heat shock protein 90 (HSP90) inhibitors. HSP90 inhibitors have been investigated as potential anti-cancer drugs for many years in clinical trials guided by organ site, but tumor response rates have been low. We postulate that testing such drugs in a genetically defined subpopulation of patients would increase response rates.

The team’s findings suggest that genetic signatures may be useful to identify cancer subgroups that transcend organ site/lineage and are sensitive to a given class of therapeutics. Future steps include a clinical study using the genetic signature to determine whether it predicts sensitivity to HSP90 inhibitors.

Source: Dartmouth-Hitchcock Medical Center
This article was published by News-Medical.