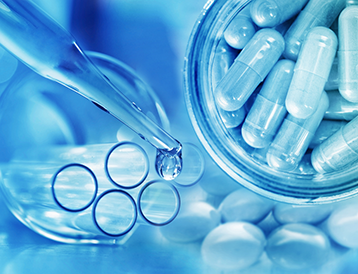 The US Food and Drug Administration (FDA) has granted priority review status to rucaparib as maintenance therapy for women with recurrent ovarian cancer, according to the drug’s developer. The application is for women who are platinum sensitive, and in complete or partial response to platinum chemotherapy.

“We are pleased that we continue to make significant progress toward our goal of delivering rucaparib to a much broader population of women with advanced ovarian cancer,” said Patrick J. Mahaffy, the president and CEO of Clovis Oncology, in a press release.

The priority review was granted based on results of the ARIEL3 trial, which were published in September in Lancet. The trial was a double-blind, randomized, placebo-controlled phase III study conducted in 11 countries that included 564 patients.

All patients were in complete or partial response to platinum-based chemotherapy, and received either daily rucaparib (375 patients) or placebo (189 patients) in 28-day cycles.

In the intention-to-treat population, the median progression-free survival was 10.8 months with rucaparib and 5.4 months with placebo, for a hazard ratio of 0.36 (95% CI, 0.30–0.45; P < .0001). The drug was also significantly better specifically in patients with BRCA-mutant carcinoma, and in patients with a homologous recombination–deficient carcinoma.

In Lancet, the authors wrote that “the use of a PARP inhibitor in the maintenance treatment setting … could be considered a new standard of care for women with platinum-sensitive ovarian cancer following a complete or partial response to second-line or later platinum-based chemotherapy.”

Rucaparib received FDA approval in December 2016 for the treatment of women with deleterious BRCA mutation–associated ovarian cancer who had received at least two prior chemotherapy regimens. The FDA has set a date of action for the new indication of maintenance therapy of April 6, 2018.

To read more articles like this in The Clearity Portal, please login here.