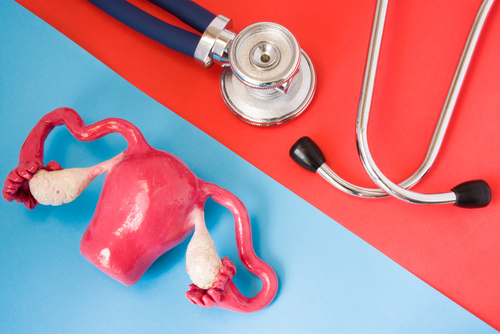 Endometriosis does not worsen or improve survival of patients with ovarian clear cell carcinoma, a study suggests.

Researchers found that for these patients, resistance to treatment with platinum-based chemotherapy is the most important predictor of poor outcome.

The study, “Endometriosis does not confer improved prognosis in ovarian clear cell carcinoma: a retrospective study at a single institute,” was published in the Journal of Ovarian Research.

Although endometriosis and cancer are two distinct diseases, there is evidence that endometriosis increases the risk for certain types of cancer, in particular epithelial ovarian cancer.

To date, research on the prognostic role of endometriosis has collectively looked at several subtypes of epithelial ovarian cancer. But there is evidence that one of these subtypes — ovarian clear cell carcinoma (OCCC) — may be more closely linked to endometriosis.

A significant percentage — 39.2 percent — of OCCC patients are estimated to also have endometriosis.

The goal of this study was to investigate if endometriosis is a prognostic factor specifically in OCCC patients. According to the researchers, “this is the largest study to compare patients diagnosed with OCCC with and without concomitant endometriosis.”

Survival was calculated from the date of primary surgery to death or recurrence.

The patients were all referred to the same center, the Hospital of Fudan University in Shanghai, China. They were followed over a median follow-up period of 28.9 months, and the five-year overall survival of the entire group was 78.7 percent.

Although five-year overall survival was better for women with endometriosis (89.4% vs. 67.7%), after controlling for factors such as disease stage, tumor size, and age that differed significantly between the two groups, endometriosis was not found to predict the survival of patients and could not be considered a prognostic factor.

On its own, having endometriosis did not change the five-year overall survival or survival without the cancer progressing, known as progression-free survival.

However, cancer responsiveness to platinum-based chemotherapy was a useful predictor of a patient’s outcome — those who responded to this type of chemo had a 100 times higher overall survival rate.

In terms of progression-free survival, three factors were significant predictors of a better outcome: an early cancer stage at surgery, according to FIGO classification, the absence of abnormal liquid in the abdomen (ascites), and responsiveness to platinum-based chemo — which again was the strongest predictor.

Since sensitivity to platinum therapies was the most important prognostic factor of patient survival, researchers searched for risk factors associated with chemotherapy resistance.

“These results collectively suggest that endometriosis may not affect the progression after the onset of ovarian cancer,” the researchers said, adding that “the most important prognostic factor for survival was the sensitivity to platinum-based chemotherapy.”

Therefore, these results may indicate that “platinum-based chemotherapy may not be the optimum treatment regimen for patients with advanced OCCC.“ they wrote.

“This study calls for further research to unravel the mechanism of development of chemoresistance and underlines the need to develop novel therapeutic strategies for patients with advanced stage OCCC,” they concluded.

This article was published by Endometriosis News