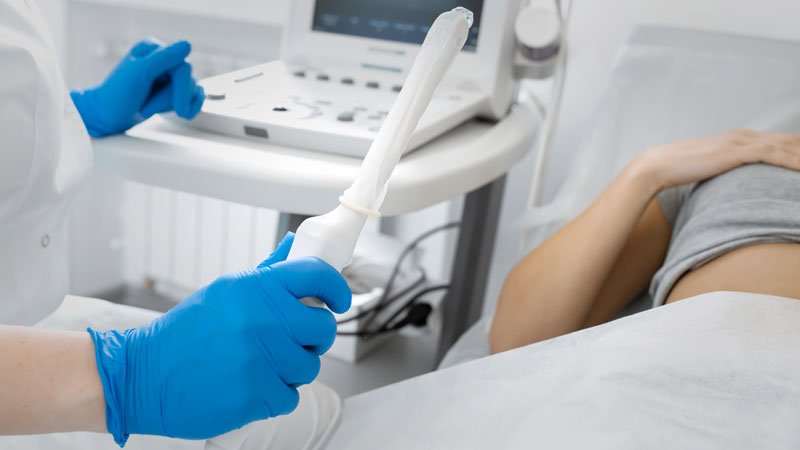 Results from a huge British trial that involved more than 200,000 women who were followed for a median of 16 years have turned out negative. Investigators found that annual screening for ovarian cancer with either multimodal screening (MMS) or transvaginal ultrasound screening (USS) did not reduce the death toll from this aggressive cancer, even though MMS picked early-stage disease.

“We are disappointed, as this is not the outcome we and everyone involved in the trial had hoped and worked for over so many years,” commented Usha Menon, MD, MRC Clinical Trials (MCT) Unit, Institute of Clinical Trials and Methodology, London, the United Kingdom, and lead investigator of the UK Collaborative Trial of Ovarian Cancer Screening (UKCTOCS).

“UKCTOCS is the first trial to show that screening can definitely detect ovarian cancer earlier. However, this very large, rigorous trial shows clearly that screening using either of the approaches we tested did not save lives,” she said in a statement.

“We therefore cannot recommend ovarian cancer screening for the general population using these methods,” she added.

Echoing these sentiments, coinvestigator Ian Jacobs, MD, the University of New South Wales, Sydney, Australia, who led the UKCTOCS from 2001 to 2014, acknowledged that although MMS did succeed in detecting ovarian cancer at an earlier stage of disease, “sadly, that did not save lives.

“This is deeply disappointing and frustrating given the hope of all involved that we would save the lives of thousands of women who are affected by ovarian cancer each year,” he added in a statement.

The study was published online May 12 in The Lancet.

At a UK press briefing, Menon emphasized that ovarian cancer is an aggressive disease, with a 10-year survival of 35%. It is difficult to diagnose, and more than half the cases are diagnosed when the disease is in late stages.

Because screening cannot be recommended at this time, she urged that women and doctors be alert to, and not ignore, symptoms that may suggest ovarian cancer.

The trial involved a total of 202,562 evaluable postmenopausal women aged 50 to 74 years who were recruited through the National Health Service (NHS) Trust in England, Wales, and Northern Ireland.

Women were randomly assigned to receive no screening, annual screening with an ultrasound scan, or annual MMS that involved a CA125 blood test followed by an ultrasound scan. The primary outcome was death due to ovarian or tubal cancer.

The final outcomes were perhaps even more disappointing because there was evidence from the trial that MMS did pick up earlier-stage disease, for which survival rates are better.

There was also no difference in the stage of cancers detected in the USS group compared to the no-screening group.

Speculating as to why the finding of earlier-stage disease did not translate into a reduction in deaths overall in this trial, Menon emphasized that this is an aggressive disease and that perhaps the treatments that were available at the time (10 years ago) were not able to stop its progression.

Since the end of this trial 10 years ago, there have been significant improvements in the treatment of advanced ovarian cancer, noted Mahesh Parmar, PhD, MRC Clinical Trials Unit at the Institute of Clinical Trials and Methodology, United Kingdom, and senior author of the article.

“Our trial showed that screening was not effective in women who do not have any symptoms of ovarian cancer,” Parmar said.

However, he added that in “women who do have symptoms, early diagnosis, combined with this better treatment, can still make a difference to quality of life and, potentially, improve outcomes,” Parmar said in a statement.

The investigators emphasized that this screening trial involved healthy women with no symptoms and no family history of ovarian cancer. They noted that among women who are at high-risk for ovarian cancer, MMS performed every 3 to 4 months, together with risk-reducing surgery, has resulted in a significant reduction in the number of women diagnosed with advanced disease.

Not the First Trial to Disappoint

UKCTOCS is not the first large screening trial to show that annual screening for ovarian cancer does not reduce mortality over a long-term follow-up period, noted Lauren Hurwitz, PhD, National Cancer Institute, Rockville, Maryland, and colleagues in an accompanying editorial.

The first randomized controlled trial of ovarian cancer screening that was powered to assess cancer-specific mortality was the Prostate, Lung, Colorectal, and Ovarian (PLCO) cancer screening trial. In that trial, more than 68,000 women were randomly assigned either to undergo annual CA125 testing combined with transvaginal ultrasound or to receive usual care.

“After a median follow-up of 12.4 years, screening was not found to reduce ovarian cancer mortality,” Hurwitz and colleagues observe. Furthermore, almost 10% of women in the intervention group received a false positive diagnosis. A sizeable proportion of those patients subsequently underwent surgery.

The editorialists note that in the current UK trial, the incidence of stage IV ovarian cancer may may have been lower among women in the MMS group compared to women in the no-screening group.

Somewhat paradoxically, however, “this difference was accompanied by a higher case fatality rate for stage I cancers (14.8% in the MMS group vs 9.4% in the no screening group),” the editorialists observe.

One limitation of the study is that it the investigators did not analyze mortality on the basis of ovarian cancer histotypes, such as high-grade serous ovarian cancer, the most common and lethal histotype, the editorialists observe.

The editorialists agree with the study authors that alternative approaches to screening that target higher-risk women and not women in the general population might prove more effective at reducing ovarian cancer deaths and may lessen the possibility of harm from false positive screens.

“Screening for ovarian cancer remains elusive but is not a lost cause; there is simply more work to be done,” Hurwitz and colleagues conclude.

Investigator Jacobs remains hopeful that a more effective screening test will eventually be found, although by the time any new screening test is evaluated in a large clinical trial, “we have to reluctantly accept that population screening for ovarian cancer is more than a decade way.”

This article was published by Medscape Oncology.