The drug, which AstraZeneca licensed from Merck in 2013, is designed to target the WEE1 kinase and cause DNA damage. It has shown activity in ovarian cancer previously but hasn’t secured regulatory approval for any indications. Now, researchers are working to identify advanced ovarian cancer patients who could benefit from the targeted therapy with the help of biomarkers. 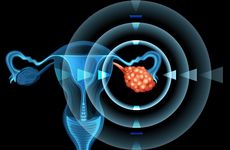 In the multicenter, Phase II IGNITE clinical trial, previously treated patients with these high-grade serous gynecologic cancers were enrolled to two separate cohorts based on their cyclin E1 biomarker status. One cohort included patients whose tumors overexpressed cyclin E1, defined as H-scores over 50 according to immunohistochemistry, and who also had cyclin E1 gene amplification, defined as a CCNE1 copy number of at least 8 determined by fluorescence in situ hybridization. In the other cohort, patients were enrolled if they had the overexpression but not the gene amplification. In both cohorts, patients received adavosertib.

On Saturday, Au-Yeung presented data from the first 32 patients treated in cohort 2, most of whom had received more than two previous cycles of chemotherapy. As of the data cutoff in August 2021, the overall response rate among these patients was 53 percent, and the clinical benefit rate — defined as patients who went 18 weeks or more without their disease progressing — was 61 percent. These patients’ median cyclin E1 H-score by IHC was 120.

While more research will be needed to determine the extent to which these biomarker-defined patients benefit from adavosertib, and the results of cohort 1 are still pending, Au-Yeung and colleagues called the findings “promising, with a higher response rate than reported in previous studies of adavosertib in unselected women with recurrent [high-grade serous cancer].”

The treatment was not without its toxicities, though; 17 patients had to reduce their adavosertib dose due to side effects like neutropenia and fatigue. The IGNITE trial is ongoing, and researchers plan to present findings on the duration of response and progression-free survival as the data mature.

Meanwhile, Alaa Embaby, a Ph.D. candidate at the Netherlands Cancer Institute, presented data from a cohort of 29 efficacy-evaluable patients in an ongoing Phase II clinical trial in the Netherlands. In initial results from that study, the combination of adavosertib and carboplatin was found to be safe and efficacious among advanced platinum-resistant ovarian cancer patients whose tumors had TP53 mutations. Embaby and colleagues analyzed biopsies from patients taken before, during, and after treatment with chemo and adavosertib to identify genetic determinants of drug resistance and response.

The objective response rate among the full population of TP53-mutated platinum-resistant ovarian cancer patients treated with adavosertib and chemo in this additional cohort was 38 percent. Patients lived for a median of 5.6 months without their disease progressing, and the median duration of response was 5.3 months. Like in the IGNITE trial, the drug regimen had toxicities with nearly three-quarters of these patients experiencing dose delays due to adverse events, such as commonly occurring bone marrow-related toxicities.

Embaby and colleagues are now actively examining patient samples for biomarkers beyond TP53 mutation status that could help guide treatment with adavosertib and chemo. Embaby’s group is also analyzing CCNE1 expression as a potential predictive marker, and they’re performing whole-genome sequencing, though the results from these biomarker analyses are still pending.

In a discussion of these studies at ASCO on Saturday, Dineo Khabele, chair of the department of obstetrics and gynecology at the Washington University School of Medicine in St. Louis, spoke to how these adavosertib biomarker analyses fit into the biomarker-guided treatment landscape for homologous recombination-proficient ovarian cancer patients.

These patients don’t have targeted treatments as options like homologous recombination-deficient ovarian cancer patients, especially those with BRCA1/2 mutations, do with PARP inhibitors. In patients with BRCA1/2 germline or somatic mutations, treatments like PARP inhibitors have shown tremendous potential in ovarian cancer. Homologous recombination-proficient tumors are better able to repair DNA breaks and tend to be more resistant to cytotoxic chemotherapies, Khabele explained.

Because these homologous recombination-proficient tumors have high rates of replication, stress, and genomic instability, the idea is that blocking WEE1 pathways, is “sort of pushing these tumor cells … toward cell death.”

“The poster child for these types of tumors are those with cyclin E, or CCNE1, amplifications,” Khabele continued, adding that these account for about 20 percent of high-grade serous ovarian tumors and about 49 percent of homologous recombination-proficient ovarian cancers.

“We are really in this era of trying to move towards biomarker selective targeted therapy,” she said of the ongoing efforts to use biomarkers to select patients for treatments including adavosertib. “We want to personalize therapy for each patient.”

As the analyses of the two trials presented Saturday are still ongoing, Au-Yeung and colleagues are eagerly awaiting the biomarker results from cohort 1 of the IGNITE trial, and Embaby’s team is similarly awaiting results of the CCNE1 expression analysis. The researchers believe that it will ultimately be possible to guide WEE1 inhibitor treatment in advanced ovarian cancer patients using biomarkers. Going forward, however, Khabele said researchers should ask several key questions including whether IHC testing alone is sufficient for determining cyclin E as a prognostic factor.