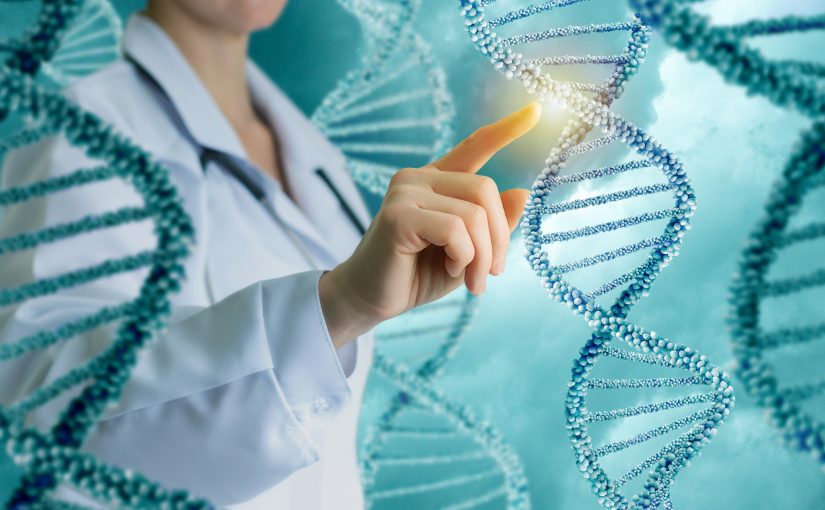 To better understand ovarian cancer, as well as predict when women might relapse, it is crucial that researchers start investigating more of the molecular phases of the disease, says Peter Dottino, M.D.

Studies are already underway in this area, and have revealed some intriguing results. As approximately 96 percent of patients with high-grade serous ovarian cancer harbor the tumor suppressor p53 gene, WEE1 inhibitors have demonstrated evidence of chemopotentiation in p53-deficient tumors. In a phase 2 clinical trial, investigators explored the WEE1 inhibitor AZD1775 in combination with carboplatin in patients with TP53-mutated, relapsed/refractory ovarian cancer to determine overall response rate (ORR), as well as progression-free survival (PFS) and overall survival (OS).

In addition to a manageable safety profile, the combination was associated with an ORR of 43 percent, including one patient with a prolonged complete response. The median PFS and OS were 5.3 months and 12.6 months, respectively, with two patients with ongoing responses for more than 31 and 42 months, respectively, at data cutoff.

In an interview with CURE, Peter R. Dottino, M.D., professor of obstetrics, gynecology and reproductive science, Mount Sinai Hospital, discussed the utilization of molecular methods to identify ovarian cancer following treatment with chemotherapy, and how this type of research impacts the field going forward.

What were the highlights on your recent presentation on ovarian cancer?

The information was on some of the molecular techniques that we have developed at Mount Sinai School of Medicine to be able to detect ovarian cancer after it has been treated with chemotherapy. What we did was go back into our biobank, which is approximately 10 years old, where we have preserved specimens and DNA from primary tumors and recurrent tumors, as well as second-look washings that were taken from patients at the time of laparoscopy.

What we did was ask ourselves the question, “What is the genetic makeup of the primary tumor and the recurrent tumor, and could we actually predict and find the same mutations that are in the primary tumor also in the washings that were taken at second look?” We used a 56-gene panel with next-generation sequencing. Findings showed that in five patients who we did this on who had positive second looks, we found mutations in all of those washes. In three out of the five patients who were classified as negative second looks, we actually found that those patients still carried deleterious p53 mutations, and those patients went on to recur.

By finding those mutations in both the primary, the wash and in the second look, it confirms that there is a heterogeneity to ovarian cancer. You can find that there are certain genes in the primary tumor that you don’t see in the wash and you don’t see it in the recurrence. The selective pressure applied by the use of chemotherapy probably kills those clones, and it again supports the theory of tumor heterogeneity—which is very common in high-grade serous tumors and likely the reason why most patients with high-grade serous tumors of the ovary will ultimately relapse.

These results just finished and have been submitted for publication.

This was done with 10 patients — five patients with positive second looks and five patients with negative second looks — so the next thing we need to do is validate this because it was a proof-of-principle study. Now, we will expand it to do it on more patients in the setting of a clinical trial. Then, based on the mutations that we find at the washings, we will try and use targeted therapies for those mutations so that we can prevent relapse.

Do you have targeted therapies in mind already that could be used?

If you look at the two targeted therapies available for ovarian cancer today, it is going to be PARP inhibitors and VEGF inhibitors, but that doesn’t mean that there is not a whole series of ones that are coming along in phase 1/2 trials that will be potentially of use.

One of the papers I highlighted in my talk looked at p53 mutated patients using AZD1775 with carboplatin in platinum-refractory patients. In the face of a p53 mutation and the WEE1 pathway that it followed, they had a 46 percent response rate. Therefore, that might be a very interesting drug, simply because also close to 100 percent of all patients with ovarian cancer with high-grade serous tumors are going to carry p53 mutations.

What topics need to be discussed as the field of ovarian cancer continues to change?

What you can see very clearly from the talks and the panel discussion is that people are beginning to think of ovarian cancer differently. It’s not one-size-fits-all, and it’s time that we begin to delve into the molecular phases of ovarian cancer and not rely on a simple histology as we make our treatment choices.

It’s taken a long time to get here for ovarian cancer. It is done in a lot of other diseases routinely, so as a community gynecologic oncologist and [for] people who treat these diseases, it’s very encouraging to see all of the panel talks are revolved around that.