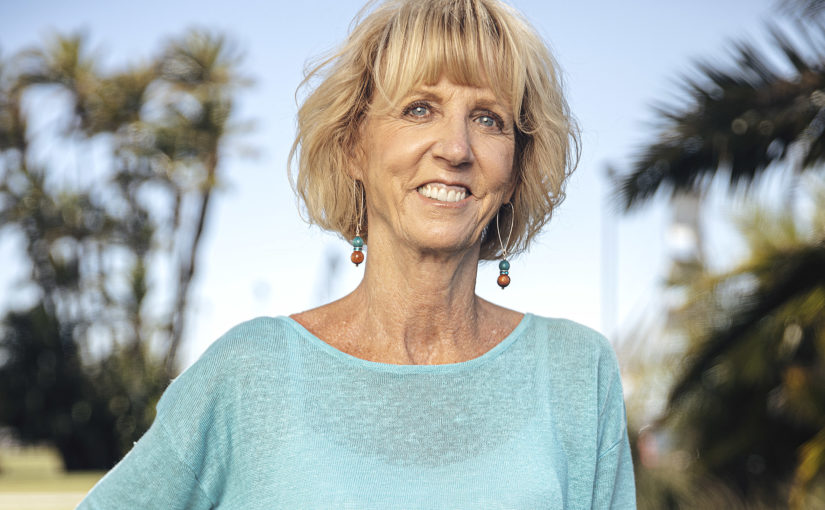 My name is Barbara Sanders. I’m 65 years old and live in San Diego, California. Today I enjoy all America’s Finest City has to offer including long hikes year-round, reading on the beach and boating with friends. But life wasn’t always this sunny.

Nine years ago, I wrote about my journey with ovarian cancer on the Clearity Website. I was one of the first people Clearity profiled. At that time, I wrote about living with cancer over the past five years. I was on a maintenance regimen and finally feeling hopeful. Through a friend, I connected with Clearity Founder, Dr. Laura Shawver. She was, and is, incredible. Laura held my hand through the morass of uncertainty and fear which had rapidly become my world. As a scientist, her expertise in molecular testing made life manageable again. Her insight into other treatment options allowed me to own my diagnosis on my own terms. If Laura was the stepping stone, her team was the foundation.

My journey began a few days before Christmas of 2005. I had abdominal pain. Like many women I dismissed it, hoped it would go away, and went to a holiday party. Girlfriends being what they are, told me I needed to go to my doctor immediately. Later that day I found myself being prepared for an appendectomy by Dr. Gutman. Based on his name, I should have known I might not like the results. I didn’t.

I will never forget waking up to these words ‘Barbara, I’m sorry. We found cancer.’ Dr. Gutman removed my appendix but left me with advice to see a gynecological oncologist surgeon as soon as possible.

It took close to a month to determine that it was ovarian cancer. In January I had surgery and began almost five months of chemotherapy.  My results were positive, and I was told I was cancer free. Until seven months later when I became a statistic. My cancer had returned.

I spent the next two months barreling my way through second, third, and fourth opinions from doctors in San Jose (where I was living at the time) Stanford, and UC San Francisco. After doggedly pursuing the cancer board at Stanford and UCSF, doctors finally agreed to hear my case. The consensus was for me to begin chemotherapy. A year later, all three regimens had failed. I asked my doctor if I would be having a conversation with him in five years. He didn’t want to answer me. I persisted, and he admitted statistically ‘probably not’. These were fighting words.

I’d been looking into research on clinical trials during my treatments, realizing no matter how good they are, doctors are busy people. More than ever before, I realized I had to become my own advocate. And, that’s where and when The Clearity Foundation helped change my narrative.

What had once been overwhelming, became manageable. Laura helped me navigate the once murky waters of possibilities. I will never forget the day she called and said ‘Barbara, we have options.’

I had already started on a clinical trial which seemed to be working. Laura’s words not only took away the fear, should this trial fail, but gave me peace. Simply put, someone I hadn’t known two months earlier became the advocate I needed.

I stayed on maintenance therapy until 2012. I have been cancer free ever since. My advice to anyone given a cancer diagnosis is never, ever give up. Not on yourself. Not on asking questions. Not on challenging statistics. Today, The Clearity Foundation is more advanced in its molecular testing. It now has Steps Through OC, a six- month program of nationwide professional counseling and support which provides professional and educational counseling for OC patients, families and caregivers. And, it’s free.

For those of us diagnosed with ovarian cancer, we are a select family, yet often feel very alone. Clearity can be our home away from home. Today I have many sunny days, not just because I live in San Diego, but because I have found my second family through Clearity.

Join Barbara this #GivingTuesday by starting your own Facebook Fundraiser, or by donating to support The Clearity Foundation. You can make a difference in the lives of women with ovarian cancer today!