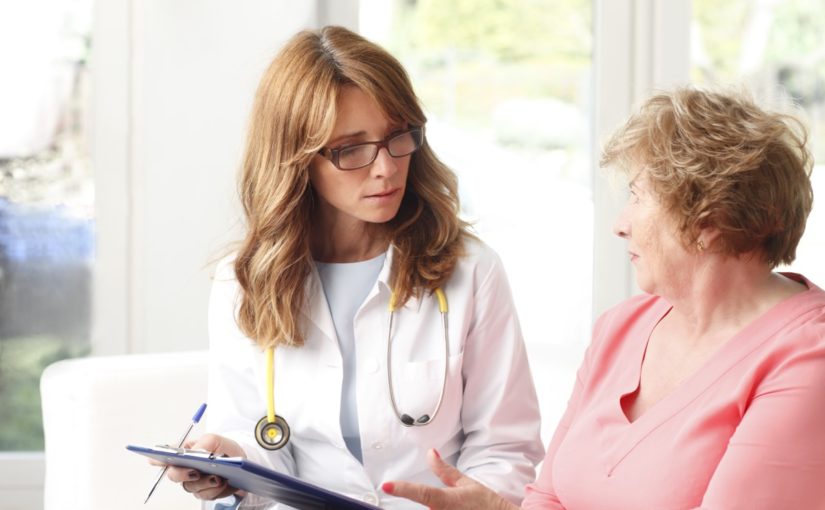 Uptake of neoadjuvant chemotherapy (NAC) for the treatment of advanced ovarian cancer has increased dramatically since 2006 in the United States, but importantly, the median survival has also continued to increase, new research shows.

These trends confirm that more widespread use of NAC prior to surgery is not having a negative impact on survival, as some gynecologic oncologists feared, and that the order in which patients receive those treatments does not affect survival for patients with grades IIIC to IV epithelial ovarian cancer, say researchers presenting the new findings.

“Surgery and chemotherapy have been the gold standard for the treatment of newly diagnosed ovarian cancer for many decades with the exception of low-grade, early-stage disease, where you can just do surgery alone,” lead author Anne Knisely, MD, New York–Presbyterian Columbia University Irving Medical Center, in New York City, told Medscape Medical News.

“The important take-away is that survival increased [from 2006 through 2016] irrespective of the accelerated adoption of NAC, so we do not think there is a negative impact from the uptake of NAC in advanced ovarian cancer, although we also don’t see an acceleration in survival either,” she emphasized.

The study was to have been presented at the Society of Gynecologic Oncology’s (SGO’s) 2020 Annual Meeting on Women’s Cancer, in Toronto, Canada. The meeting was canceled because of the COVID-19 pandemic, but abstracts and SGO press releases were issued to allow reporting.

“In fact, the opposite is the case,” Markman told Medscape Medical News, “with the studies convincingly revealing reduced postoperative morbidity and mortality.

“Thus, the current study confirms what the trial data clearly revealed, and presumably, the increased survival over time is related to the impact of increasingly effective systemic antineoplastic therapeutics,” Markman observed.

Analysis of Data From the National Cancer Database

Data from the National Cancer Database were used to identify patients who received treatment with chemotherapy, surgery, or both for stage IIIC or IV epithelial ovarian cancer from 2004 to 2016.

From this database, the researchers identified 72,171 women who were treated for advanced ovarian cancer between 2004 and 2016.

“We calculated the proportion of women diagnosed in each year who were treated with primary [neoadjuvant] chemotherapy,” the investigators explain.

“For women with mature survival data (diagnosed 2004–2013) we calculated the median survival rates using the Kaplan-Meier method,” they add.

Between 2004 and 2006, only 17.6% of women with advanced ovarian cancer received NAC followed by interval debulking surgery. There was no change in NAC uptake during these first 2 years.

Indeed, by 2016, 45.1% of patients with advanced ovarian cancer in the United States received up-front chemotherapy followed by interval debulking surgery.

Uptick in NAC Use After Randomized Trials

Knisely pointed out that the increase in the uptake of NAC that started in about 2011 is likely explained by the results from the first of a number of large randomized trials that were published in 2010.

Nevertheless, a 2017 survey of gynecologic oncologists showed that most members of the Society of Gynecologic Oncologists did not at the time endorse NAC followed by interval debulking, despite the fact that by then, a number of clinical trials had shown that both approaches resulted in equivalent outcomes.

As Knisely observed, the main considerations that go into deciding whether to perform surgery or NAC up front is whether resection is possible and whether the functional status of the patient makes it likely that she will recover after a large, morbid surgery.

“The goal is for everyone to get chemotherapy and surgery in some order,” Knisely noted.

“So even for those who are deemed more suitable for NAC based on comorbidities, the goal is still to do an interval debulking surgery, with the hope that the interval surgery is less morbid than an up-front surgery,” she explained.

Knisely emphasized that their study was cross-sectional in design, so they cannot establish causality between wider uptake of NAC and the continuing increase in survival in this patient population.

However, she added that “the trends are consistent with the randomized controlled trials which show NAC up front to be noninferior to primary surgery with respect to survival.

“So despite the steady increase in use of NAC over time, survival has also continued to steadily increase, probably owing to advances in surgical technique and other oncologic advances but not specifically as a result of the increase in NAC,” she noted.