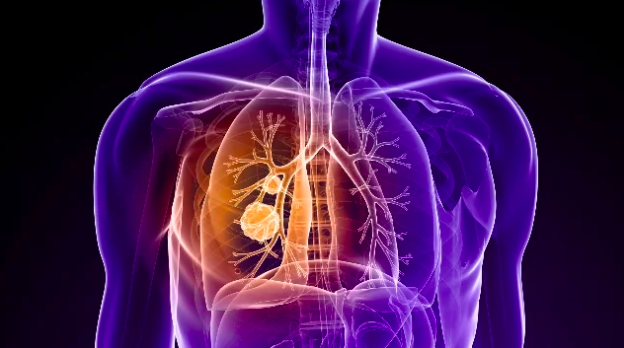 A new drug that inhibits a cancer mutation in the KRAS gene has shown encouraging results in patients with lung cancer, colon cancer, and other solid tumors.

For decades, scientists have been trying to develop new drugs that target the mutation of the KRAS gene, one of the best-known oncogenes. A new drug trial presented at the 32nd EORTC-NCI-AACR Symposium on Molecular Targets and Cancer Therapies is showing promising results this time.

This new treatment, called Adagrasib, has led to tumor reduction in many cancers, including Non-Small Cell Lung Cancer (NSCLC), colorectal cancer, and other solid tumors such as pancreatic, endometrial, and ovarian cancer.

Adagrasib targets a mutation in the KRAS gene called G12C, which is responsible for tumors that are more resistant to standard treatments. The KRAS G12C mutation is present in approximately 14% of lung adenocarcinomas, 4% of colorectal carcinomas, and 2% of pancreatic carcinomas. This means that every year more than 100,000 people around the world are affected by this situation.

The Phase I/II KRYSTAL-1 clinical trial for Adagrasib, which began in January 2019, was conducted at over 50 sites in the United States. At the beginning of Phase I and Ib trials, patients with advanced CNCP, colorectal cancer, and other solid tumors with the KRAS G12C mutation were registered. All had received standard treatment for their cancer, including chemotherapy and immunotherapy. In the trial, they received 600 mg of Adagrasib oral twice a day.

Of the 51 lung cancer patients in the study, 45% responded to treatment. This means that their tumors shrank by 30% or more and did not grow or spread to other parts of the body. In addition, the disease control rate was 96%, “which means 49 of the 51 patients responded partially or fully or had a stable disease,” said Pasi A. Jänne, M.D., professor of medicine at Harvard Medical School.

An effective therapy for colorectal cancer

The results of Adagrasib are also encouraging for patients suffering from colorectal cancer. Of the 18 that were evaluated, three (17%) had a confirmed objective response and two of them continued to receive treatment. Control of the disease was observed in 17 of the patients (94%), and 12 of them are still receiving treatment.

The researchers also analyzed adverse events related to treatment in the 110 patients enrolled in Phase I/Ib and Phase II trials, including those with colorectal cancer and other solid tumors, as well as non-small cell lung cancer. Side effects included nausea in 54% of patients, diarrhea (51%), vomiting (35%), fatigue (3%), and high levels of an enzyme suggestive of mild liver irritation (20%).

“Patients with KRAS G12C are a population for which there is no proven targeted therapy. If chemotherapy or immunotherapy fails in a patient, treatment options are limited. The fact that we are seeing responses in 45% of patients, suggesting that Adagrasib may be an effective therapy, is incredibly significant because it opens up the possibility of a new treatment option for this subgroup of lung cancer patients,” said Dr. Pasi A. Jänne, M.D., who considers the results of the clinical trial as super exciting and wonderful news for lung cancer patients.

The KRYSTAL-1 trial is not yet complete. Researchers are now considering combining Adagrasib with other specific therapies, such as cetuximab for colorectal cancer and afatinib or pembrolizumab for lung cancer.

This article was published by Gilmore Health News.