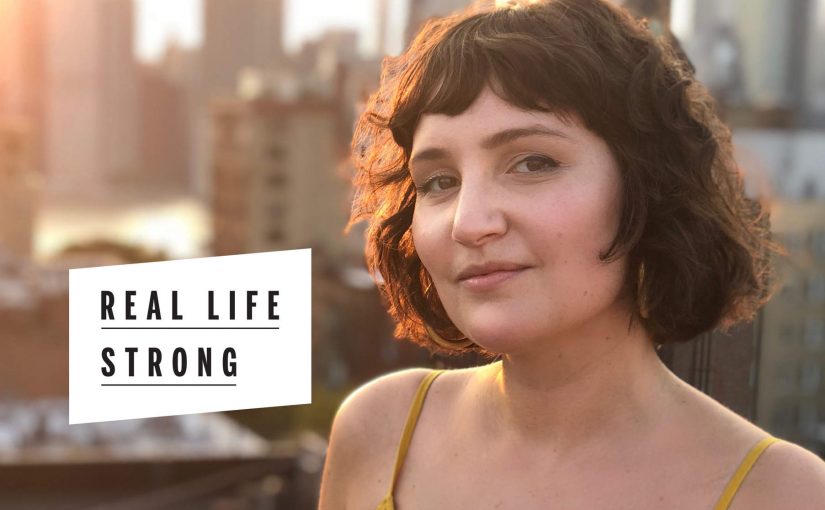 When Hannah Pyper felt her first symptoms at 26—a lump growing in her abdomen, intense pains that would wake her up, and the urge to pee several times throughout the night—she “totally ignored everything.”

Hannah Pyper had everything ahead of her. She was 26 years old, moving to a new city, and eager to start fresh. But there was one nagging problem she was trying her best to ignore: a lump in her abdomen.

Doctors suspected it was a fibroid, a benign tumor that grows in the wall of the uterus, and Pyper planned to have it removed once she settled into her new life in New York. But she was already making concessions to the growing lump. “I was really excited, and kind of adapting my life around this thing,” Pyper, now 30, tells Health. “I was having to wear flowy sweaters to cover this large protrusion, and I would have to pee multiple times through the night.”

When Pyper eventually had surgery to remove what everyone thought was a harmless growth, she learned she had ovarian cancer, and that she needed to start chemotherapy immediately.

Pyper was diagnosed with a stage 3C dysgerminoma tumor, a type of ovarian cancer that begins in egg-producing cells. She moved in with her parents in Texas, where she was treated at MD Anderson Cancer Center. “Everything was kind of just happening to me,” she says. “All I really had time for was to take action and face this thing.”

During weeks of chemotherapy infusions, CT scans, and blood tests, Pyper stayed focused on the present. She took cancer treatment day by day, “even hour by hour,” she says. “If I had stopped to think about the extent of what I needed to do in order to be in remission, it seemed like too big of an obstacle to overcome.”

After three months in Texas, Pyper returned to New York. She had lost about 25 pounds, and was committed to regaining her strength, day by day. “I was just trying to be ‘normal’ again,” she says.

But it turned out Pyper’s experience was nudging her in a new direction: Her diagnosis inspired her to volunteer for the National Ovarian Cancer Coalition (NOCC), and an awareness organization called Tell Every Amazing Lady (TEAL). And ultimately, it led her to redirect her career path to focus on women’s health. Now in her third year of remission, Pyper is a product marketing manager at Planned Parenthood.

“Coming out of this experience, I knew that I wanted to do things a little bit differently,” says Pyper. “I feel like I’m more aware of myself, my body, my health, and my happiness.”

She continues to visit doctors for routine checkups and has started seeing a fertility doctor about freezing her eggs. She’s almost to that five-year mark, when many cancer patients are told they are “in the clear.” But she knows that a relapse is still possible, and she has a unique approach to quell those fears.

“The best way that I remain present is my own brand of positive nihilism, which is just that I could actually die tomorrow,” she says. “Death is a very scary thing. But when you carry that with you, it’s not scary anymore. It’s almost comforting because it makes you less afraid to listen to yourself.”

Pyper wants to encourage women to listen to their bodies, because she knows the reality of ignoring your symptoms all too well. “Be your own advocate,” she says. “That means scheduling appointments with doctors, getting a second opinion if you don’t feel comfortable with the first thing you heard, coming up with a list of questions to ask your doctor. If you don’t feel comfortable, keep pursuing it.”

While adopting a new mentality and career path, Pyper also set a fitness goal for herself: run a half-marathon.

“The first thing I did after I finished my chemotherapy was I tried to start running again,” she says. “I would run these 18-minute miles in my parents’ neighborhood, which was pretty pathetic–but it was the best I could do at the time.” She kept at it, eventually completing a half-marathon in Brooklyn. She cried when she reached the finish line.

Participating, she says, “was a big symbolic moment of knowing that this experience was behind me, in so many ways.”

Most recently, Pyper crossed yet another finish line, completing a 5K hosted by the NOCC. As she races toward her fifth year of remission, she’s always moving forward.

This story is part of Health’s #RealLifeStrong series, where we are celebrating women who represent strength, resilience, and grace.

This article was published by Health.