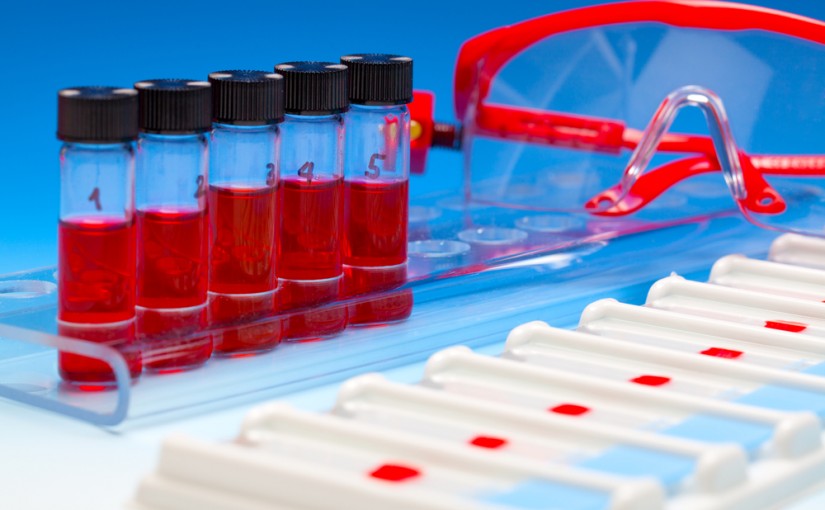 Many factors contribute to ovarian cancer being such a difficult disease both to diagnose and to control. First, unlike breast cancer where mammograms can detect fully contained tumor, no specific test can detect the presence of ovarian cancer early when it is contained to the pelvic cavity. Instead, ovarian cancer doctors rely on pelvic exams, CA-125 checks and vaginal ultrasound to detect ovarian cancer. Yet even those methods pose problems because not all tumors will be felt upon vaginal exam. Also, a CA-125 is not always accurate because some patients’ tumors do not secrete the protein identifying the presence of ovarian cancer. In addition, even though the vaginal sonogram may be more accurate than the former two methods, it isn’t definitive until confirmed by a CT scan.

Secondly, once diagnosed and treated, tracking survivors for a recurrence becomes an issue as 80 percent of advanced ovarian cancer survivors recur within 2 years. Currently, the only approved ways of checking for a recurrence are again pelvic exams, CA-125 checks, CT scans and PET scans. We survivors worry when our CA-125 trends upward and a CT scans show no evidence of tumor. Should we be treated or wait? Survivors long for a noninvasive, but accurate, method to relieve their fears of recurrence. Could liquid biopsy be that method? Many of us would like to believe it could.

A number of articles have been posted in the The Clearity Portal informing readers about advances in the use of liquid biopsies in general. In the May/June 2016 issue of The Journal of Precision Medicine, Alla Katsnelson, Ph.D writes in general about the pros and cons of liquid biopsies that detect cancer in the circulating blood of patients. Initially, she discusses a study produced in April 2016 by Dana-Farber’s Cancer Institute on the prospective study for a cancer liquid biopsy, which showed that an in-house blood test could detect key mutations in the genes EGFR and KRAS in advanced lung cancer with a specificity high enough to drive treatment.

Yet she qualifies this advancement, “The most important clinical message from the study is that a positive result can be acted upon, but a negative result needs a [tumor] biopsy,’ says thoracic oncologist Geoffrey Oxnard, who led the work. The study compared results from an in-house, blood test assessed droplet digital PCR to detect EGFR and KRAS mutations in free-floating tumor DNA, compared to traditional tumor biopsy, in 120 newly diagnosed patients and 60 patients who had become resistant to an EGFR kinase inhibitor. The blood test correctly pinpointed mutations in most cases, but didn’t match up with tumor analysis in a handful of the resistant patients. This may be because resistant tumors are more heterogeneous – a liquid biopsy can identify mutations present across all sites of disease while a traditional biopsy only samples a single site.”

In addition to Dana Farber, other institutions are moving forward in exploring the effectiveness of liquid biopsy. For example, Nicholas Turner’s group at the Institute for Cancer Research.

Last year in London it was reported that a digital PCR-based blood test in development can identify breast cancer relapse about 8 months before other tests can, although Turner’s test is not yet ready for clinical use.

According to expert Karlin- Neumann, “I think a key question for the propagation of liquid biopsy in general – and digital droplet PCR specifically– is standards.”   As various labs move forward in using liquid biopsies they will need to consider various factors.

“Although it’s unknown when the US Food and Drug Administration will regulate lab tests, some demands from the agency maybe coming, Karlin-Neuman says. Bio-Rad plans to take its droplet digital PCR system, the QX200 AutoDG, through the FDA clearance process; the company also offers a mix-and- match repertoire of validated assays that correspond to driver mutations for use by clinical centers that lack the bioinformatics chops to do it all in-house. But liquid biopsies won’t rely on PCR alone.”

In fact, “PCR is attractive because it’s rapid, highly quantitative, and it’s possible to rigorously characterize the limits of detection to have 100% predictive value,’ say Oxnard, ‘but clearly it’s limited, because it can’t detect more complex variants” such as rearrangements of the ALK gene.’ Therefore according to Oxnard ‘There’s a need for next generation sequencing assays that can be as fully validated as PCR says Oxnard.”

So what does this all mean for we survivors hoping liquid biopsies will prove viable for tracking. the recurrence of ovarian cancer? I have no definitive answer, but quote the words of experts at Mayo Clinic’s Center for Individualized Medicine, an article posted on the portal earlier.

Researchers at the Mayo Clinic Center for Individualized Medicine have found a promising new way to monitor and treat recurrence of ovarian cancer — a hard-to-detect disease that claims many lives. New research from George Vasmatzis, Ph.D., of the Department of Laboratory Medicine and Pathology at Mayo Clinic, finds liquid biopsies from blood tests and DNA sequencing can detect a return of ovarian cancer long before a tumor reappears. That could lead to earlier intervention and more effective, individualized treatment. Dr. Vasmatzis’ research on the ‘Quantification of Somatic Chromosomal Rearrangements in Circulating Cell-free DNA From Ovarian Cancers’ is published in the July 20th edition of Scientific Reports.

“With liquid biopsies, we don’t have to wait for tumor growth to get a DNA sample,” says Dr. Vasmatzis. He goes on to say, “This important discovery makes it possible for us detect recurrence of the disease earlier than other diagnostic methods. We can repeat liquid biopsies to monitor the progression of the cancer. That gives hope of a better treatment plan over time.”

The study was done on 10 patients in advanced stages of ovarian cancer. Blood was drawn before and after surgery. Investigators compared DNA from the liquid blood biopsies to DNA tissue samples from the tumor, using mate-pair sequencing — an inexpensive whole exome sequencing that can reveal genetic changes that contribute to tumor growth.

“In this study, the blood drawn before and after surgery and the surgical tissue was used to identify DNA fragments with abnormal junctions that can only be seen in this patient’s tumor DNA,” explains Dr. Vasmatzis. He goes on to says, “Next-generation mate-pair sequencing was used to identify specific DNA changes of the tumor to create an individualized monitoring panel for liquid biopsy. This allows us to shape treatment to the individual patient rather than using a standard treatment that may not work for everyone.”

As an eight-year survivor having my annual follow up visit this month, I don’t expect to see the liquid biopsy used in the clinic now because it probably isn’t ready for prime time yet. However, I’m hoping that within the next few years the current methods will be replaced by a more reliable way to ease the anxieties that continue to pop into my mind each time I have a check-up! Each step forward gives me hope.