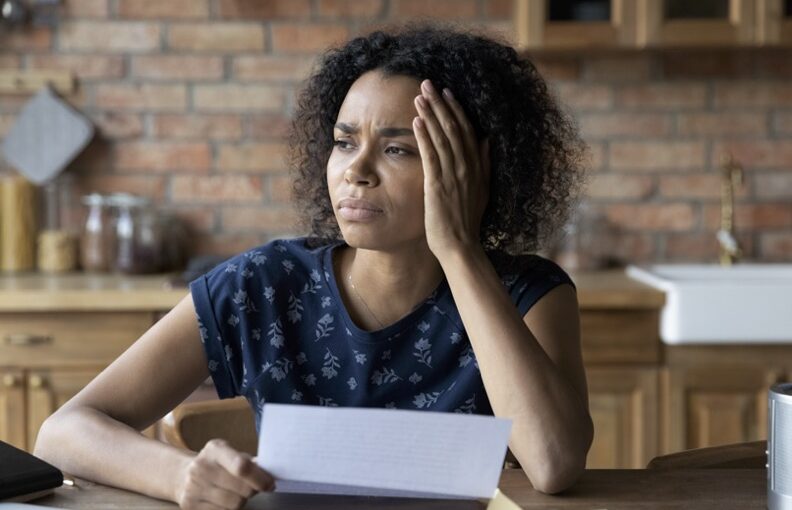 Providing equal access to care will not by itself equalize outcomes between Black and white women.

Women from the African diaspora are disproportionately affected by high-grade and aggressive ovarian tumours. In the United States, mortality due to ovarian cancer is decreasing overall. However, Black women continue to have lower survival rates and higher rates of recurrence than non-Hispanic white women. They are also more likely to develop resistance to chemotherapy.

Data from the US National Cancer Institute in Bethesda, Maryland, show that the frequency with which various subtypes of ovarian tumour are diagnosed in Black women differs from that in white women. For example, Black women are more likely to have germ-cell and stromal-cell tumours, and less likely to have epithelial ovarian cancers1.

Despite these differences, new approaches to clinical care — including genomic medicine — are underutilized in this population. Historically, Black women have been medically and scientifically marginalized, with persistent differences in disease causes and outcomes dismissed as a side effect of the socialization of race. More needs to be done to acknowledge the harm of this thinking and to improve the treatment of Black women with aggressive cancers.

It has long been thought that differences in ovarian cancer outcomes between women of different races and ethnicities are negated when everyone is provided with equitable access to care. The structural racism that limits access to the best care does play a part in Black women’s worse outcomes. For example, drugs that inhibit the enzyme poly(ADP-ribose) polymerase (PARP) are changing the landscape of ovarian cancer treatment. However, the US Food and Drug Administration’s most recent approval of a PARP inhibitor was made on the basis of a clinical trial in which only 1.6% of participants were Black — 10 women in the treatment arm and 2 in the control branch (go.nature.com/3dcrpbw). This means that the efficacy of PARP inhibitors in Black women remains poorly characterized.

Furthermore, Black women are less likely to have the genetics of their tumours analysed. This exacerbates disparities in the treatment that they receive and limits cancer-prevention opportunities in family members. Medical mistrust in the Black community, arising from a long history of mistreatment, also manifests as a refusal to receive surgery and chemotherapy.

However, equalizing the provision of care alone is not enough to equalize outcomes. A study last year, which was based on data from the US National Cancer Database between 2010 and 2014, showed that even when cancer stage, tumour grade and treatment regimen were controlled for, Black women still had disproportionately worse responses to platinum-based chemotherapy compared with their white counterparts2. The biological underpinnings of this are unclear, but genetics might play a part. A similar proportion of breast and ovarian cancers can be attributed to inherited genetic variants in West African and African American women as in white women. But certain subpopulations of Black women3 experience hereditary breast and ovarian cancer syndromes at rates comparable to or greater than those seen in the Ashkenazi Jewish population, which has considerably higher rates of these cancers than the global average.

By 2040, the burden of ovarian cancer is expected to increase by 25% in North America, by 49% in Latin America and the Caribbean, and by 87% in Africa. It is therefore imperative that the scientific and medical communities work swiftly to resolve the disparities in the ovarian cancer outcomes experienced by Black women.

Change is afoot. Several consortia, including the African–Caribbean Cancer Consortium, the Transatlantic Gynecologic Cancer Research Consortium and the International Center for the Study of Breast Cancer Subtypes, are prioritizing studies involving people of African ancestry. Scientific teams with complementary expertise in fields such as genetics, epidemiology, psychology and sociology are studying cancer in majority and minority African populations across the United States, Africa, the Caribbean and Latin America, looking for factors that affect cancer risk and outcomes. The work produced by these consortia will inform improvements in inclusion, communication, training and the equitable diffusion of innovations.

Furthermore, the US National Institutes of Health (NIH) is funding a study into the influence of structural racism on health, including research specifically directed at addressing disparities in ovarian cancer among women from minority groups (go.nature.com/3bqafeb). The NIH has also committed to increasing the diversity of the biomedical workforce. A diverse group of people in clinical and research roles can increase trust, making it easier to build relationships with patient advocates and carers. With these changes will come greater participation in research by minority populations — the lack of which is currently a considerable structural barrier to equitable care.

We live in a racialized society, and both the access to care and the understanding of ovarian tumour biology are affected. The implementation of equitable practices in research and medicine to improve outcomes is an achievable goal, but any progress made in reducing disparities will need to be intentional — it will not happen by chance.

This article was published by Nature.